There’s a new train in town, but if you think this choo-choo is like Thomas the Tank Engine, you’re in… for a surprise. Two Stars Games recently released a trailer for their new horror game Choo-Choo Charles, and it’s causing quite the lo-commotion.

The trailer, which we first saw on  Kotaku, introduces the audience to the gameplay. This includes a preview of your encounter with the titular scary train. Viewers also get a glimpse of the universe, a dark and eerie setting full of train tracks, storm clouds, and mist.

To TL;DR this game, one only has to turn to its Steam page. In its summary, Choo-Choo Charles gets right to the point. “Charles is a bloodthirsty train, and you need to destroy him.” Done and done. But it’s probably more challenging than it sounds. 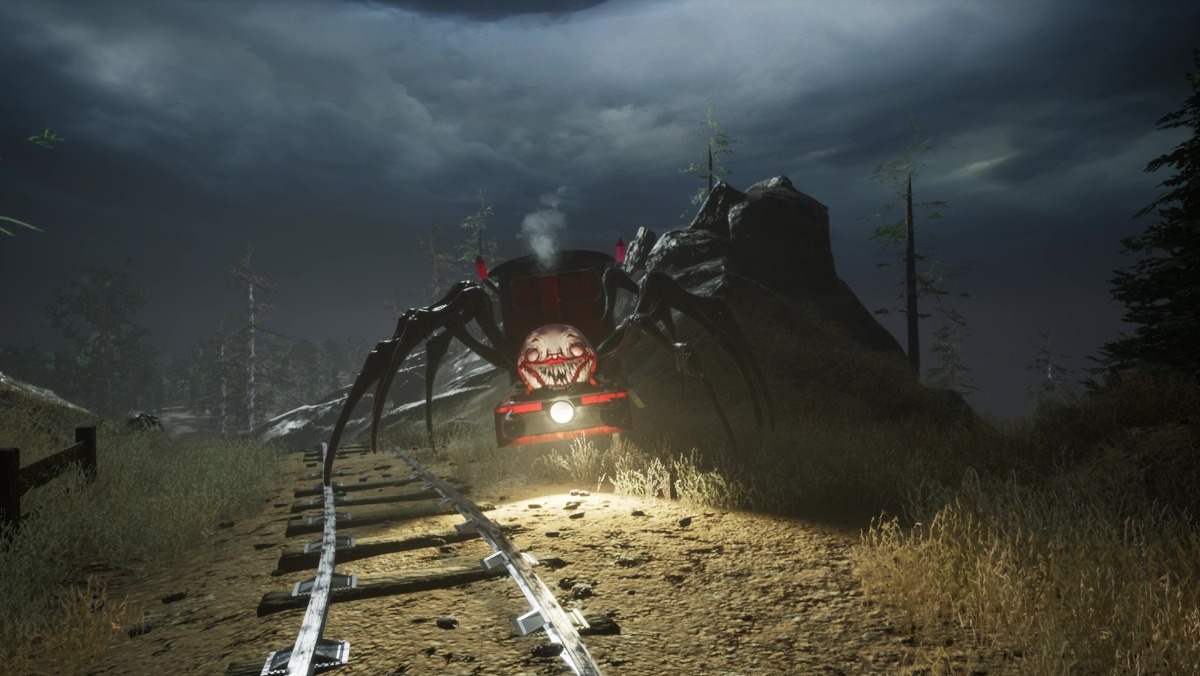 Choo-Choo Charles is a survival horror, open world, shooter game. Navigate an island in an old train, upgrade it over time, and use it to fight an evil sentient train that terrorizes your home. Charles is hungry; don’t be his next meal.

In Choo-Choo Charles you’re given the task of eradicating a monster known by the locals as “Charles.” Nobody knows where he came from, but they know why; to eat the flesh of puny humans. You have a small yellow train, with a map, mounted machine gun, and an exquisite collection of bobble-heads on the dashboard. You’ll use this train to get from place to place, while you complete missions for the townspeople, or loot scraps from around the island. Over time you’ll use your scraps to upgrade your train’s speed, armor, and damage. You’ll grow your arsenal, and (hopefully) become an unstoppable force, ready to take on the great and mighty Charles.

The massive open-world sounds like a player’s dream, but stay alert because Choo Choo Charles could always be lurking around the corner. Honestly, we just hope you can grow your bobblehead collection over time! How about some Funko Pops to keep it interesting? We also think Choo-Choo Charles absolutely deserves its own horror movie.

Choo-Choo Charles currently has a release date set for Q1 of 2022. But you can add this game to your Steam wishlist today. Do you have what it takes to become a train-killer? We sure hope so. And you know what? We’re calling our new adversary Choo-Choo Charlie because we’re not just “puny humans.”