Those of us who grew up with the classic ’90s TV show Sabrina the Teenage WitchÂ have fond memories ofÂ the sassy supernatural blond and her her caring, funny, and sometimes caustic aunts Zelda and Hilda. Well, the Zelda and Hilda of the newÂ  Chilling Adventures of Sabrina, coming to Netflix, areÂ as different as you can imagine from the characters on the saccharine Saturday morning show we all know and love. We recently visited the Vancouver set of Chilling Adventures of Sabrina and got toÂ chat with Miranda Otto and Lucy Davis, who take on the roles of Spellman matriarchs in the new series.The sisters are a striking juxtaposition of maternal love and a more patriarchal devotion. For Otto, who plays Zelda, that’s one of the most interesting parts of the pairing. “It’s sort of like a yin and yang relationship in some ways,” Otto said. “They complement each other and it’s codependent. Even though they both want their freedoms, the really rely on each other a lot.” 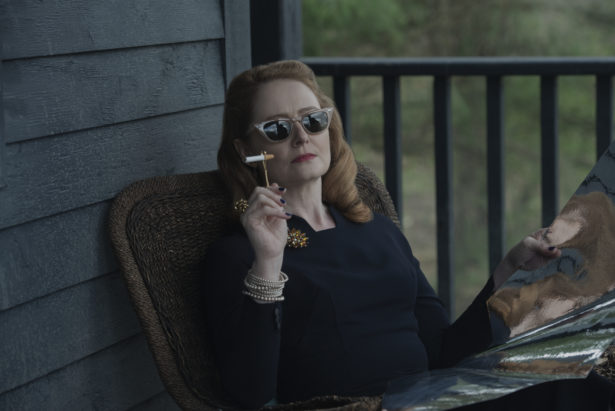 Otto spelled out just how the sisters balance each other out: “If Hilda is sunny then Zelda is stern. Zelda is the more domineering of the pair; she’s the more devout where Hilda is more questioning about the Church of Night. I think they’re great characters because they’re so different yet they’re sisters, and I think a lot of people will relate to that feeling of having siblings that you’re completely different from yet there’s this really strong bond there.”Some fans may already know that the Hilda and Zelda of theÂ SabrinaÂ comics areÂ full-on cannibals. Though the show hints at this, Davis’ real life dietary habits have impacted just how far her character slips into the dark side. “Well, so, I’m a vegetarian, and as Hilda I have to cook a lot of… things and have plates of food in front of me,” Davis said. “So early on I started to put little looks here and there at being against stuff like that. There’s a scene in episode one or two where we have a dead body and Zelda says, ‘It’s a shame they chose to have an open casket. We haven’t had long pig in ages.’ And I was like, ‘Oh, what’s long pig?’ and they told me and I was horrified.” 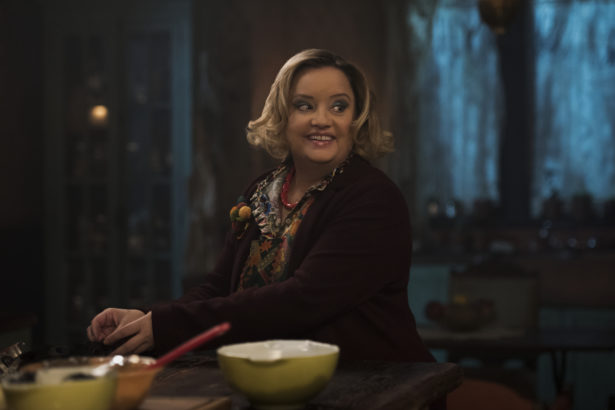 Davis continued, “So I made sure that at the end of each scene I gave a bit of a ‘Ughhh’ look, and by the end of episode five Hilda had made the Dark Lord a vegetable pie! I was very happy about that turn of events, and it works actually because Zelda is so carnivorous and then you have Hilda with her little vegetables.”Zelda is one of the most striking and complex parts of Chilling Adventures of Sabrina’s magical ensemble, and part of that is her struggle as a strong woman working under the patriarchy of the Spellmans’ dark church. “That’s actually been really interesting, because at home you could call her a matriarch but actually she has a lot of masculine characteristics in the home,” Otto said. “You know she’s a little bit more remote, more of a disciplinarian. But it’s interesting because…even though we talk about witches and female power, there is a lot of male dominance within the Church of Night. She falls into line with that, but I think underneath she has different views. But she has her political alliances [and] she plays the game…she thinks she has to play. I think there’s a very pragmatic side to Zelda.” 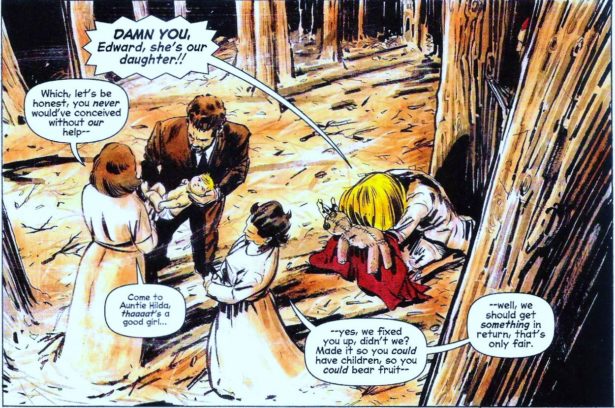 When it comes to how you handle a couple of icons who have already had beloved portrayals Davis had a smart outlook. “The character already is known, so you want to be respectful of that, and [I] kind of have to come into it and deal with it anew, and approach it in my way,” she said. “For me I don’t think I’d do a very good job if I thought, ‘Oh, Caroline Rey did it this way,’ or, ‘Someone thinks I would do it this way.'”We adored both Hilda and Zelda in the episodes we got to watch! Will you be checking out Chilling Adventures of Sabrina? Just can’t wait to get spooky with the young cool cast? Really love the original? Let us know below!