There’s a lot to pick apart inÂ  Chilling Adventures of Sabrina‘s small, out-of-time town of Greendale. As you binge the stylish, sumptuous, and spooky series you’ll quickly come to see that one of the most powerful parts of the supernatural community is the Church of Night. So we’ve broken down the Satanic church, its leaders, history and minions to help you prepare for the coming of the Dark Lord.

What is The Church of Night?

The Church of Night plays a vital role in the Chilling Adventures of Sabrina, as the main conflict focuses on our titular teenage witch trying to decide whether or not she actually wants to sign her name in the Dark Lord’s book following the Path of Night, leaving her mortal life forever and becoming a true member of the Satanic temple. It’s the route that her aunts (and now deceased parents) wanted for her, and in the witch world it appears to be the only one that’s open to you. 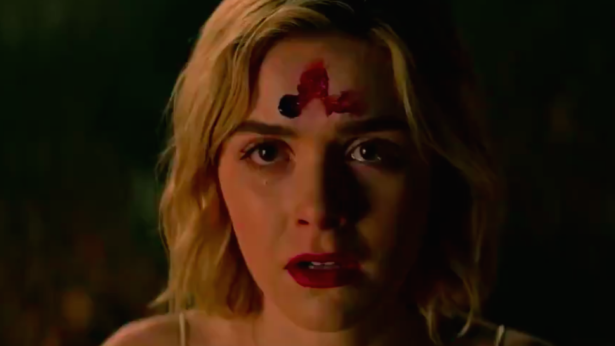 Sabrina’s father used to run the Church back when it was apparently far more progressive; it’s now in the hands of the mysterious, enigmatic, and dangerous Father Blackwood. One of the most surprising things about the Church of Night is that it’s undoubtedly a patriarchy, with one male leader who also happens to be the head of the school for young folks who’ve signed their lives away to the Dark Lord, “The Academy of the Unseen Arts.” Blackwood and the Church wield an incredible power over some of the strongest witches in Greendale, though he better watch out because that’s unlikely to last with Sabrina around.

Is the church evil?

The Church seems to be loosely based on Satanic Panic era ideas of Satanism, with plenty of cannibalism, human sacrifice, and of course worshipping of the Devil. In this incarnation, the figure they worship is very clearly based on the goat-headed demon Baphomet, who apparently grants those who commit to him long life and health (unless, of course, you’re murdered), vast power, and a certain kind of bacchanal happiness. 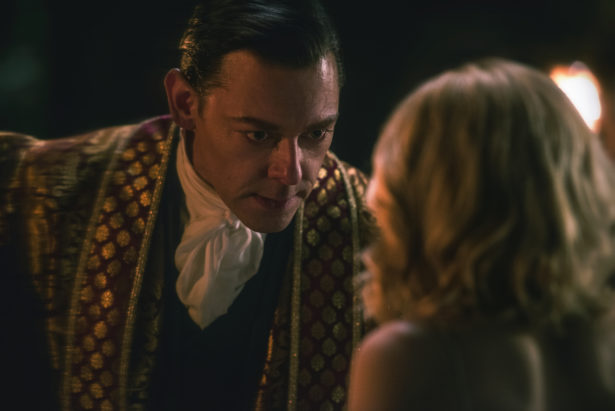 How do you join?

Now, all of this depends on whether or not you follow the rules of the Church. At age 16, you must sign your name in the Dark Lord’s book, becoming one of his servants on Earth. When you take that solemn oath, you not only sign your life away, but you also have to take part in a “Dark Baptism,” which is just as gothic, dramatic, and terrifying as it sounds. We only get to see Sabrina’s Dark Baptism, which takes place on Halloween, under an eclipsing blood moon, in a grove of treesâ€”the same one where she was bornâ€”filled with witches and warlocks, and is overseen by none other than Father Blackwood. Oh, and it utilizes plenty of human blood.

What does it mean for Sabrina?

The Church of Night makes for an interesting juxtaposition between the strong women who fill it and the archaic rules that the men who run it enforce on those who follow them. Sabrina is a potential force for change in the Church as she begins to question why she has to “save herself” for the Dark Lord, losing agency over not only her life but also her body. Sabrina is only half witch, so she finds the strength to question Father Blackwood and his organization, becoming a catalyst for a much needed rebellion within the ranks… so keep your eyes peeled!Have you binged Chilling Adventures of Sabrina? Got a favorite character? Just can’t wait to see Salem return? Let us know below.