Characters We'd Like to See Resurrected For Easter - Nerdist

Easter is a weird holiday; the giant, and strangely terrifying rabbits that want you to sit on their lap for pictures, the painting and hiding eggs that will end you most likely up forgetting one until it beckons to you with that familiar rotten egg stench, and the baskets of candy where you are encouraged to eat things head first.

Oh yeah, and let’s not forget the whole zombie thing. People come back from the dead on Easter. That’s how that works, right? We paint a few eggs, hide them for our bunny overlords, and *Poof* resurrection, like something straight out of your dungeon master’s guide (of course it won’t cost you 10,000 gp of diamonds). So, if we are bringing anyone back from the dead this year, who should it be?

My top 5 characters who have kicked the bucket, but deserve a second chance are listed below. Fair warning: If you haven’t seen the shows, read the books, or watched the movies this article might be a little spoilery. 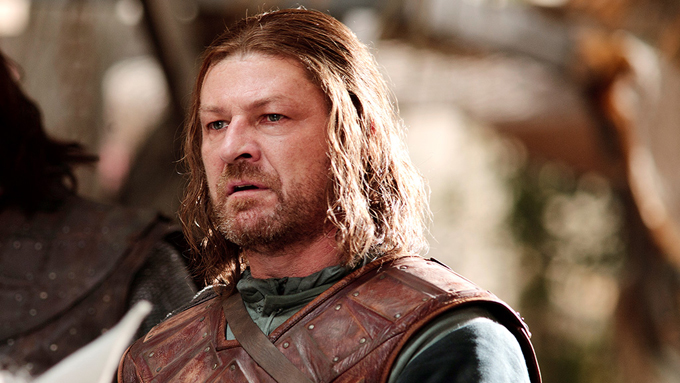 Eddard “Ned” Stark is arguably, the most likable character in Game of Thrones. He’s honorable, a family man, and does the right thing even when he knows there will be consequences. Watching his execution is gut wrenching, because you know everything he did was to save his family and stand by his values. The series would be entirely different if Ned had found a way to live, but if anyone deserves a second shot, he does. 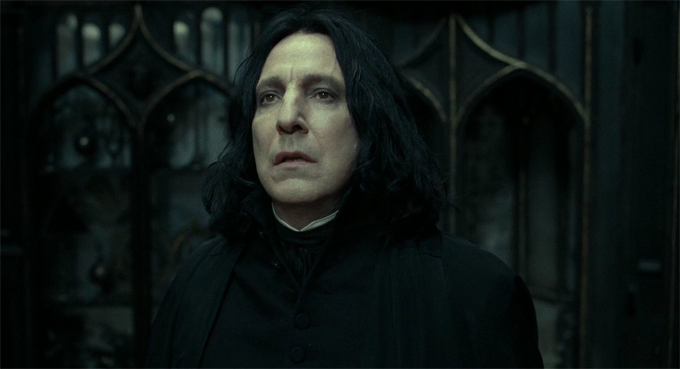 Snape is cast as a villain for most of the Harry Potter series; constantly lashing out at Harry and occasionally running errands for Voldemort like picking up milk from the mart or killing Albus Dumbledore. In the end though, we can see that Snape played this role to his dying breath to protect the son of the woman he loved and out of loyalty to Dumbledore. Even Harry comes around in the end and ensured that Severus Snape’s portrait remained hung at Hogwarts and naming his second son Albus Severus Potter to honor both of the men who had played such an important role in his life. I think it would be great to bring him back so he could see that it was all worth it and maybe get the happy ending he deserved. 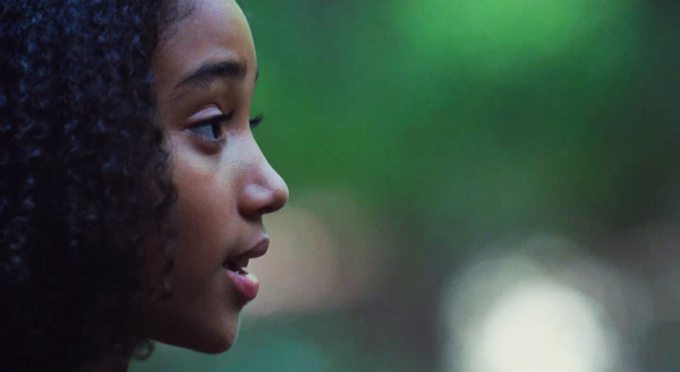 Without Rue’s death, Katniss might never have become the symbol of revolution that spurred the revolt against the Capitol. Rue was a shy tribute who used her small size and tree climbing skills to avoid the others. Her youth and innocence reminded Katniss of her sister Primrose and the two formed a brief, but trusting friendship. Her death was heart wrenching in a way that no other death in the series was. It would be great to see Rue grow up in the newly emancipated lands that were the Districts. 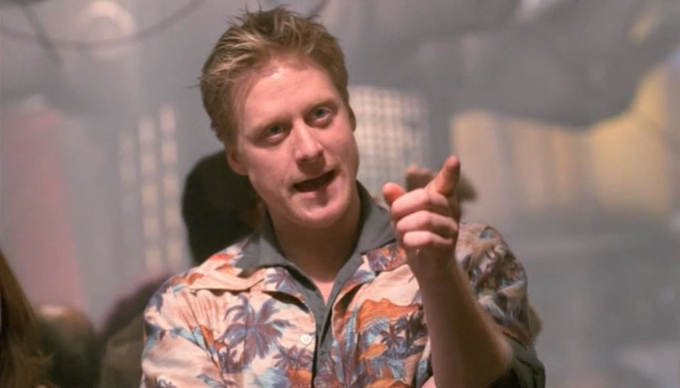 Wash, the lovable pilot of the Firefly-class spaceship, Serenity, was a big, geeky goof. He could be found playing with his plastic dinosaurs or being the voice of reason to the rest of the crew in trying times. So it was a big shock when, during a Reaver attack, Wash was impaled by a spear and died instantly. It was a punch in the guy from seemingly out of nowhere.

His death affected his fans so deeply that one even tried to use a scientific theory to prove that Wash couldn’t have been killed. Kyle Hill, of Nerdist fame and a writer for Scientific American, did his best to break down the science behind objects moving in space to see if the spear could have penetrated the cabin of Serenity. Sadly through his own research, he proved that the spear would have almost four times the maximum pressure needed to shatter the window. I guess we will have to resurrect Wash the old fashioned way. Igor, pull the switch! 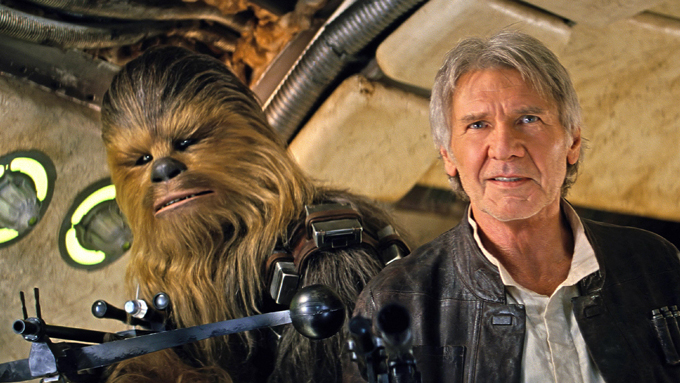 I’m sure Harrison Ford would argue with me, but I just hated to see Han go. His death was an important step in Kylo Ren’s quest to follow in the footsteps of his idolized grandfather, Darth Vader. It was harsh, it was bold, and it made the wookie in all of us cry. I want Han back, if for no other reason, than to keep Chewbacca from going all Seymour Asses over his lost friend. No one (and I mean NO ONE) can handle another Futurama dog episode.

There, there Chewie. It’ll all be ok. 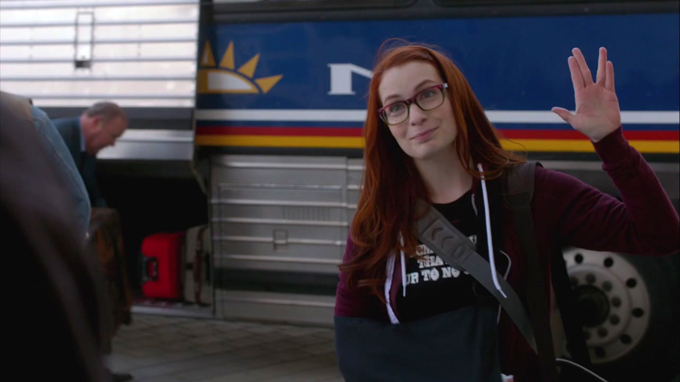 Charlie was too amazing as a character for her death to feel anything but lacking. She was the ultimate geek with her Princess Leia tattoo and love for LARPing, but that didn’t stop her from being a badass hunter; taking down ghosts, vampires, and even a wicked witch. She was like a sister to the Winchesters and finding her death in a bathtub was just not epic enough. She should have gone out in a blaze of glory, instead of alone in the dark emptiness of a motel room. She deserved better so I say bring her back! 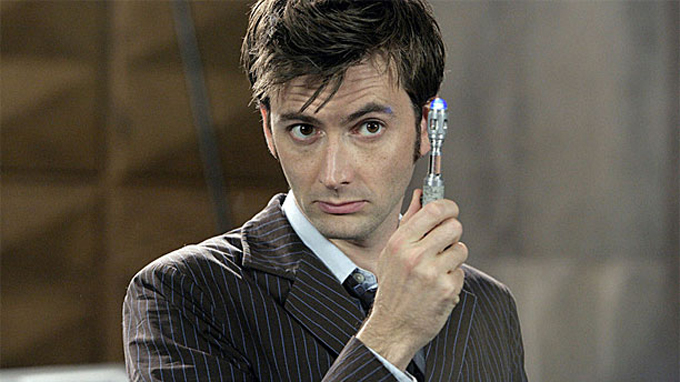 Yes, I know the Doctor regenerates, but each Doctor is different and the 10th was something special. He didn’t want to go and I didn’t want to let him go.

These are just a few great characters whose deaths left the world a lonelier place. Who would you have come back? Would you have them come back whole or maybe a bit zombified? Let us know in the comments below!