Blend In Or You'll Be Found Out In THE CHAMELEON - Nerdist

Blend In Or You’ll Be Found Out In THE CHAMELEON

If you’re the type of person who goes to a party and tries their best to blend in with the wallpaper, Big Potato Games has the perfect icebreaker game for you! The Chameleon is a simple to learn social deduction game where the player that stands out stands the biggest chance of losing. Everyone but the player designated as the chameleon knows the secret word. Can you bluff your way through the round and guess the word before you’re found out? 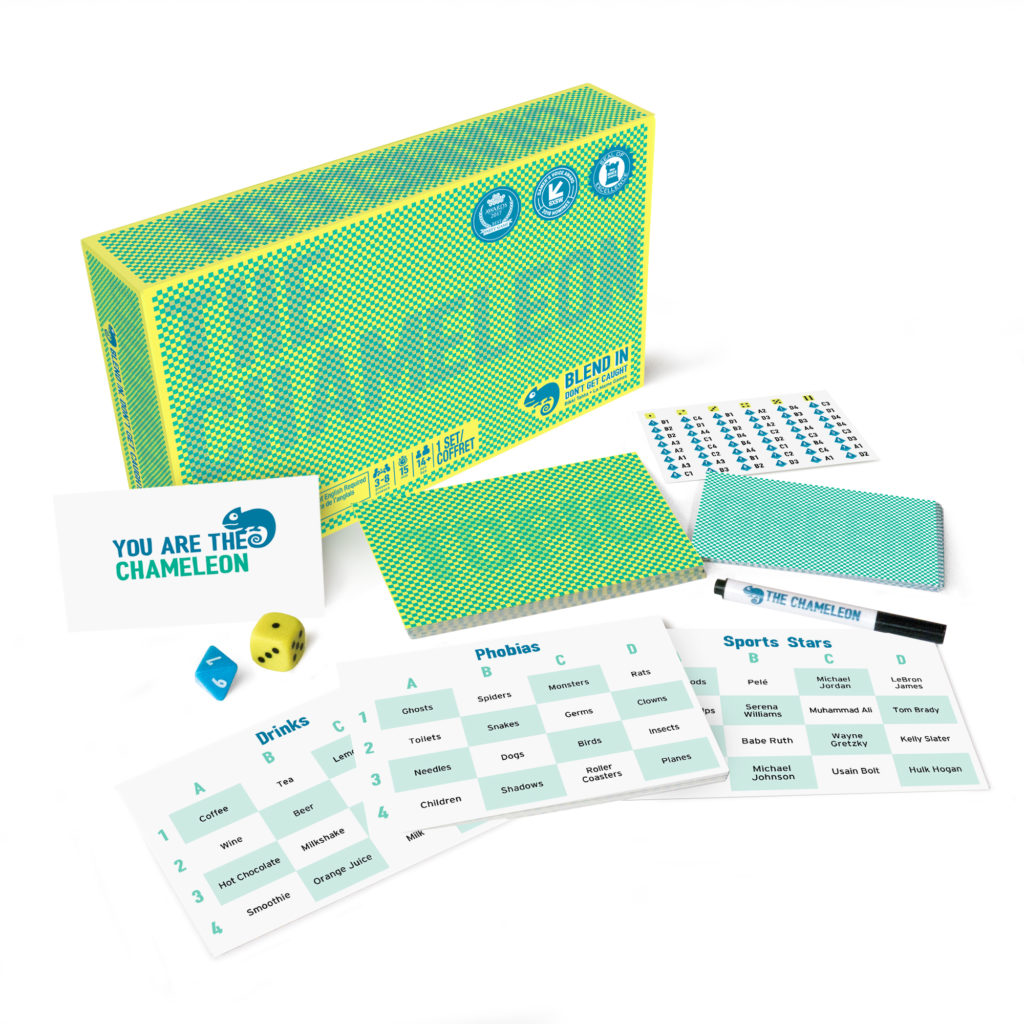 The Chameleon is played in quick rounds with three to eight players. As cards are handed to each player, one card secretly declares one of them the chameleon. The rest of the players receive a key with dice combinations that will point to a specific word; the chameleon remains in the dark. Then the players each have a chance to say one word that describes the secret word without giving too much away and inadvertently helping the chameleon.

Let Becca Scott tell you more about setting up the game and how to win it all in this episode of How to Play!

Everyone decides by voting who the chameleon must be based on their description of the secret word. Don’t be too vague, or everyone will think it’s you! (And try not to sweat too much.)

After points are tallied for the round, play continues until one player reaches 10 points and wins. The Chameleon is a game played in just 10-15 minutes, simultaneously quick and deceptively strategic, and certain to lead to shouts and laughter in no time at all.

Speaking of shouts and laughter, watch Becca and friends play this fast-paced party game in this episode of Game the Game!

Looking for the perfect gift for a host with the most? The Chameleon is now available at your friendly game store, Amazon, and Target.