Celebrate Gene Roddenberry’s Birthday with the Best of Star Trek: The Original Series

Hey everybody, it’s Gene Roddenberry’s birthday! Yep, that very same guy who gave us everything Star Trek—from kinda-sorta inventing the iPad to dreaming up a future where humanity no longer warred against itself.

We owe this great man a huge debt, and as a small token of our gratitude, the Geek & Sundry team has gone ahead and worked up a list of the ten episodes of Star Trek: The Original Series that were most influential in creating what was to become one of the greatest Sci-Fi realities of all time. The whole series is on Netflix right now, so if you’re in the mood to go where no one has gone before, here are ten great places to start: 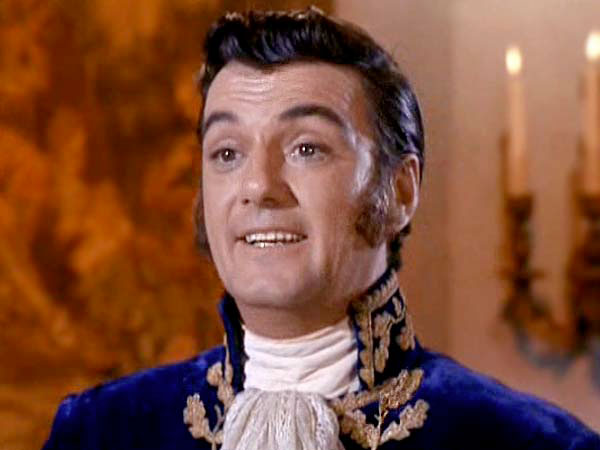 The Squire of Gothos introduces us to General Trelane, the first of many nigh-omnipotent aliens to be encountered by Enterprise crews. The ultimate incarnation of these beings is—of course—John de Lancie’s portrayal of Q. There’s even a novel out there entitled Q-squared that delves into the relationship between the two. 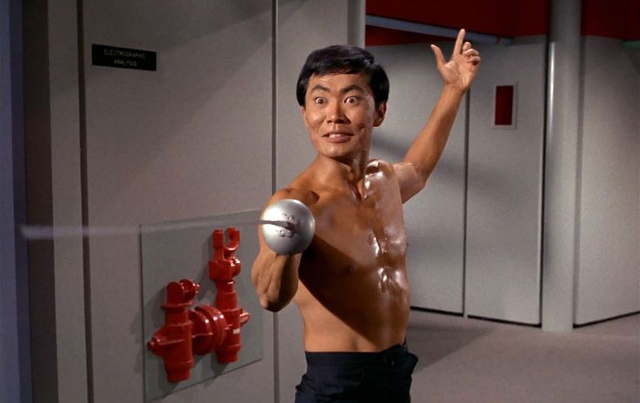 Not only is this episode the origin of Sulu’s swashbuckling prowess, it’s the first time we get to see behind Spock’s emotionless Vulcan veneer. While not exactly Star Trek’s most serious episode, The Naked Time also does a good job of establishing how hokey the show could go while still delivering great content. 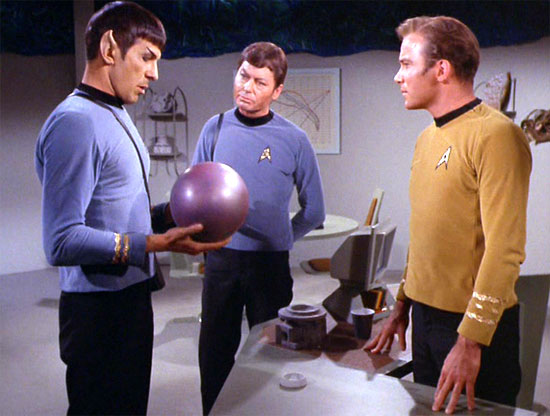 A.K.A. “attack of the pizza blanket,” The Devil in the Dark is a quintessential away mission episode. Just like the creature itself, this episode will sneak up on you (despite your best attempts to hate it).

7: This Side of Paradise. 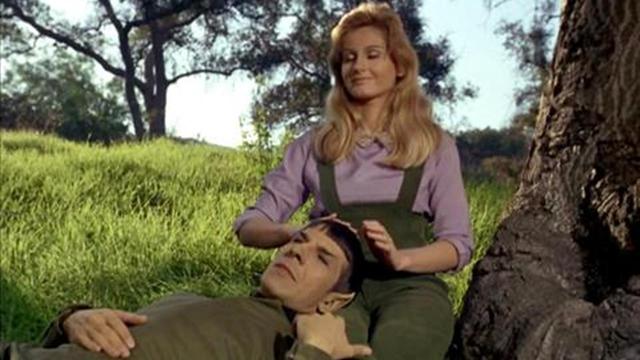 Star Trek is as much about Spock’s journey toward understanding humans as it is about humanity exploring the stars. In This Side of Paradise Spock gets an unexpected glimpse into human emotion, for better and worse. It’s a moment echoed time and again by Star Trek: The Next Generation’s Data. 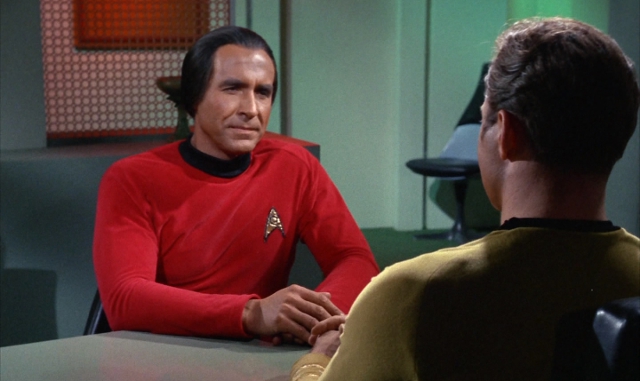 The origin of Khan Noonien Singh, this episode introduces Captain Kirk to his arch nemesis. Not only a darker reflection of Kirk’s own base desires, Khan is proof of how dangerous humanity can be to the galaxy. If you enjoyed Star Trek II: The Wrath of Khan or Star Trek Into Darkness, consider this episode required reading. 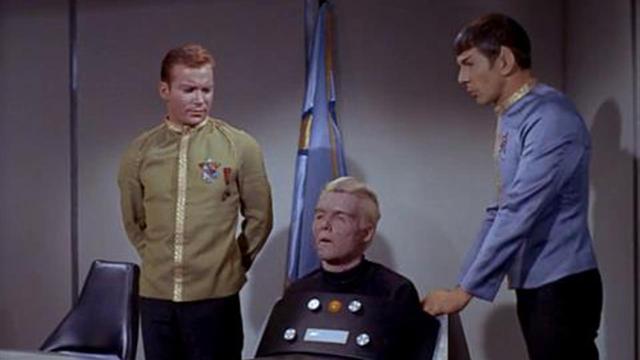 The only two-part episode in the original series, The Menagerie gives us the backstory of the Enterprise herself, introducing us to her first captain Christopher Pike in the process. Pike would later also become the first man to captain the Enterprise in the 2009 reboot.

Before this episode, Star Trek existed in a single timeline. Afterward, however, that was no longer the case. Opening up the door for multiple Star Trek realities—complete with multiple Kirks, Spocks, Uhuras, etc—this episode introduced a concept that has been revisited more than once: most recently when the new Star Trek movie series kicked off. 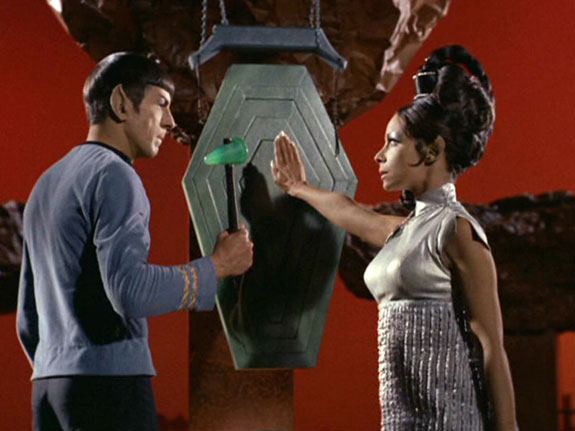 This is the origin of many a Star Trek staple—including the much-lampooned combat music—the Vulcan salute, and the Vulcan reproductive cycle known as pon farr. Basically, if you want to know what it is to be Vulcan, this is your episode. Amok Time also starts Star Trek off on the road to creating more fleshed out, complex cultures for its alien races—talk about important!

2: The City on the Edge of Forever. 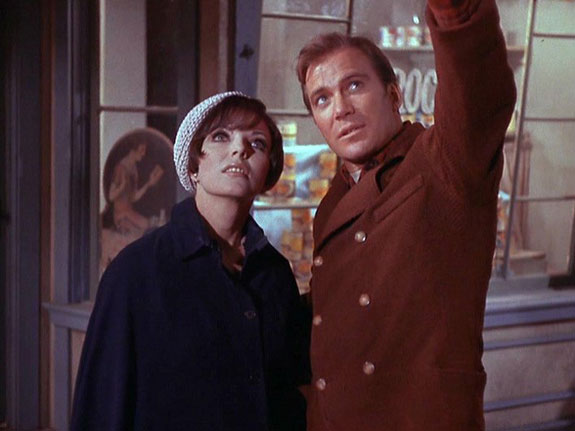 Much like Mirror, Mirror introduced multiple Star Trek realities, this episode was the first time any Enterprise crew member traveled through time. As well as being a fantastic episode in its own right, The City on the Edge of Forever also established just how easy it is to greatly alter Star Trek’s present while in the past. 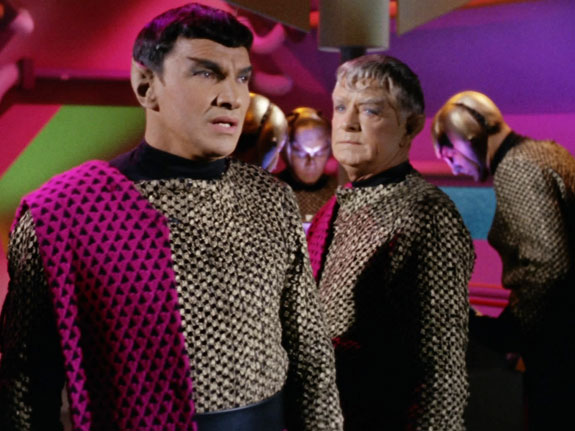 Based on suspenseful submarine films, this episode established what Star Trek’s ship to ship combat was to become. It also introduces us to the Romulans in the form of actor Mark Lenard, better known as the face of Spock’s father Sarek. The Romulans are also responsible for creating the cloaking devices that are integral to many of Star Trek’s plots, this episode very much included.

Honorable Mention: The Trouble with Tribbles. 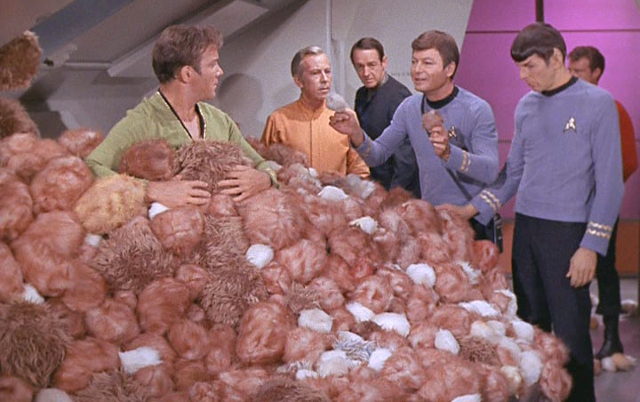 What was your favorite Star Trek episode? Let’s hear all about ’em in the comments.

Science & Tech
What To Know About the Multiverse, Both Real and Fictional
Melissa Truth Miller
4 MIN READ
SEE MORE