Two to four players, 102 game cards, and cats. Lots and lots of cats. If you’ve ever wanted to be a cat lady without actually being, you know, a cat lady, AEG has the purr-fect card drafting game for casual and dedicated tabletop gamers alike! (That’s the only cat pun we’ll make.) Cat Lady is now available to give you all the cute kitties you need in your life without any of the litter boxes. 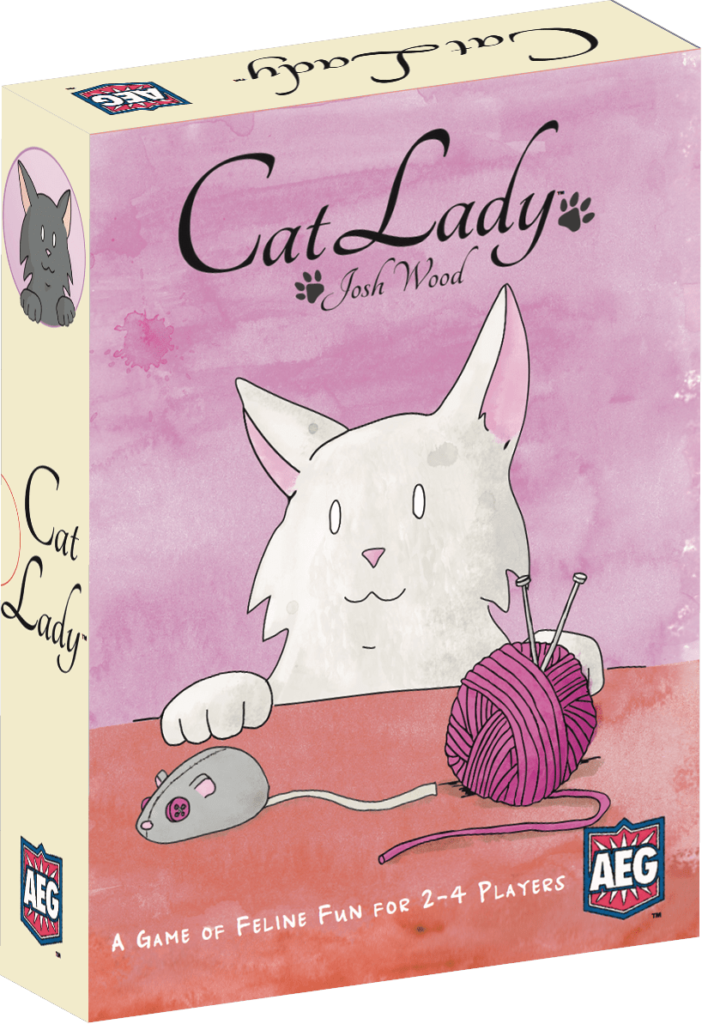 Players take on the roles of cat ladies who are competing to own the most cats and care for them, from feeding to playing to dressing them up in cute costumes. Setup begins based on the number of players sitting around the table, which affects the deck of game cards in the main deck. Cards are then arranged in a grid and the deck of stray cats and game tokens are placed next to them.

Here’s Ivan van Norman and a bunch of cats to give you the lowdown on how to setup and begin play in this episode of How to Play.

On each turn, a player can choose to take three cards in a row or column from the grid, except the cards that have the kitty token placed next to them. Cards are drawn from the main deck to replace the ones taken. During their turn the player can also use special cards in their hand to move the kitty token or choose between earning victory points and adding another feline for the collection.

When the player takes a cat card (each of which have ridiculous and amazing names like LeVar Purrton), it’s placed in front of them. The player must also collect enough food, also collected from the face-up main deck cards, to feed each kitty they’ve claimed. Toys, catnip, and costumes can also be gathered to rack up the victory points, but pay attention to how many cards you’ll need to claim those points!

Watch Ivan and friends turn into cat ladies in this hilarious episode of Game the Game.

Cat Lady is now available from AEG, with an upcoming premium edition with upgraded tokens, score pad, and more. Easy to learn, quick to play, and packed with furry fun and strategy, Cat Lady is a paw-some pick for family game night. (We lied. There’s always room for more cat puns.)