The Parallel Histories of CAPTAIN MARVEL And Phoenix - Nerdist

The Parallel Histories of CAPTAIN MARVEL And Phoenix

After years of waiting, Marvel Studios’ first female led solo film Captain Marvel arrives on March 8. Meanwhile, on the other side of the Marvel Multiverse, in the world of Fox’s X-Men franchise, Dark Phoenix arrives a few months later in June. And though neither are connected by story, the two lead characters have shared a very similar history, one shaped by a writer named Chris Claremont.

On the surface, both the characters of Carol Danvers and Jean Grey might not seem like they have much in common, aside from being women heroes who have had the name “Marvel” as part of their superheroic identities. But in fact these two powerhouses were once pretty much cast off by Marvel Comics. That is, until a young writer named Chris Claremont saw their untapped potential, and swooped in and save them both, helping to make them both icons, not to mention movie headliners in 2019. 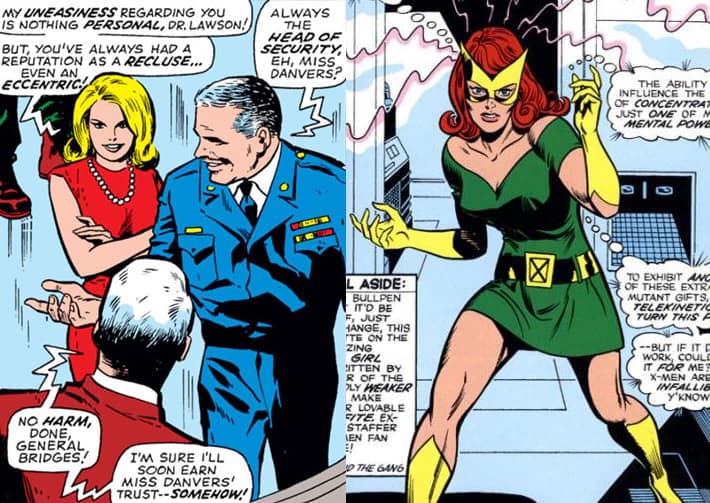 Both Carol Danvers and Jean Grey were created in the ’60s heyday of Marvel Comics, But neither Carol, who was essentially just a female supporting character for the male Captain Marvel, nor Jean, who was just treated like “the token girl” on the X-Men, were given much character development. Jean was the most powerful member of the X-Men on paper, having both telekinesis and telepathy, but was rarely portrayed in the same league as Charles Xavier. Meanwhile, Carol was a woman, a government agent, and a NASA security chief, which is pretty darn cool for 1960s America, but she was still never given quite enough to do. 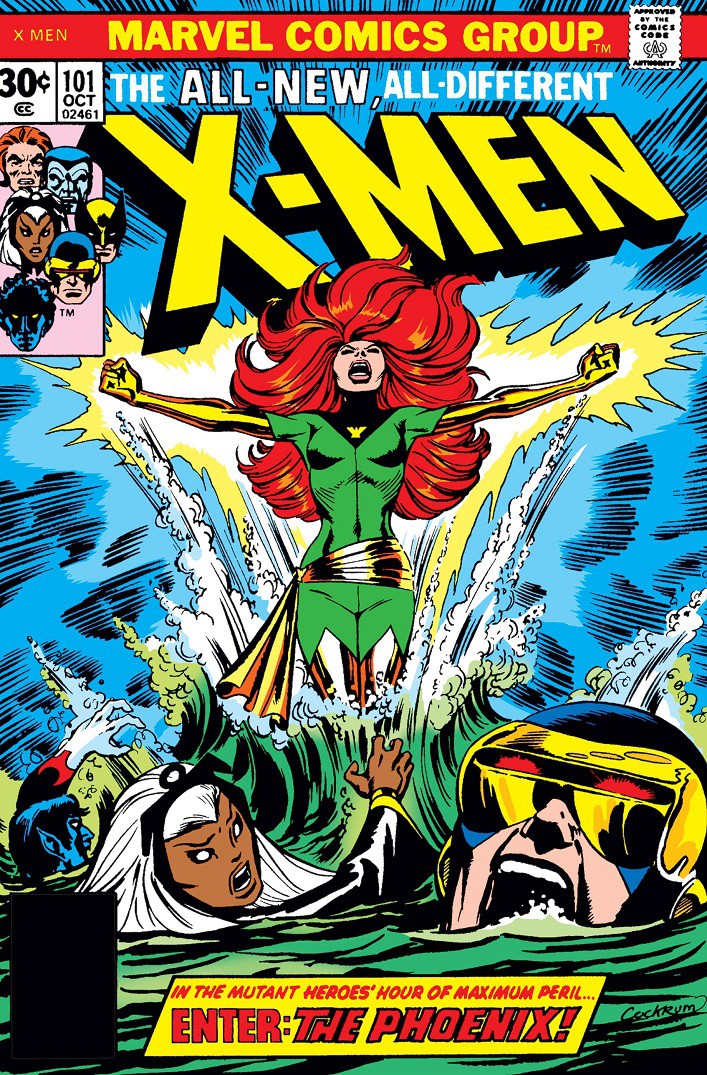 By the early ’70s, both characters were essentially put on the shelf. When X-Men was revived by Len Wein and Dave Cockrum in 1975, all the original members except for Cyclops were kicked out of the book. Beast became an Avenger, Iceman and Angel became members of the Champions, and Jean Grey…got to go to college, off panel. But when writer Chris Claremont took over the newly revived title, he quickly brought Jean Grey back. Seeing the incredible potential in a character with mental abilities like hers, he upgraded her to cosmic levels of power. Goodbye Marvel Girl, hello Phoenix. She reentered the Marvel Universe in a new costume designed by Cockrum, and packing a lot more wallop. 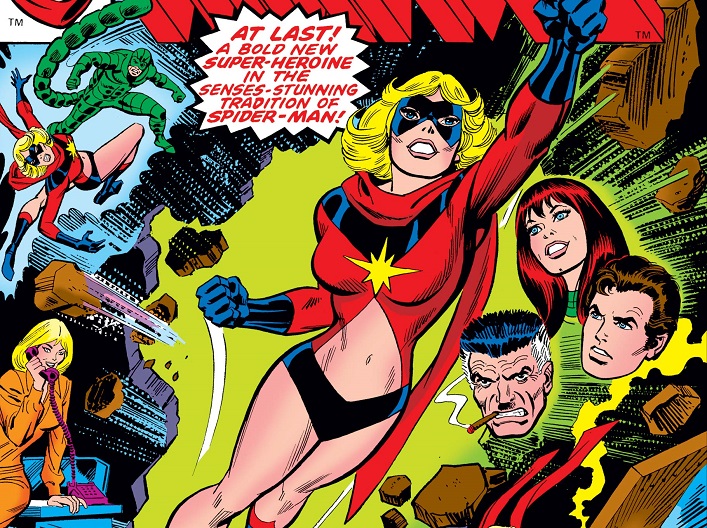 At around the same time, Marvel was looking to expand their market to young girls and not just boys. They finally decided it was time to put out a regular superhero book with a female lead. In Ms. Marvel #1, they revealed that Carol Danvers actually had Kree powers too, and she became a superhero herself. Veteran writer Gerry Conway wrote the first two issues, but then Chris Claremont, who was also writing Uncanny X-Men at the time, took over the book for the remainder of its 23 issue run. 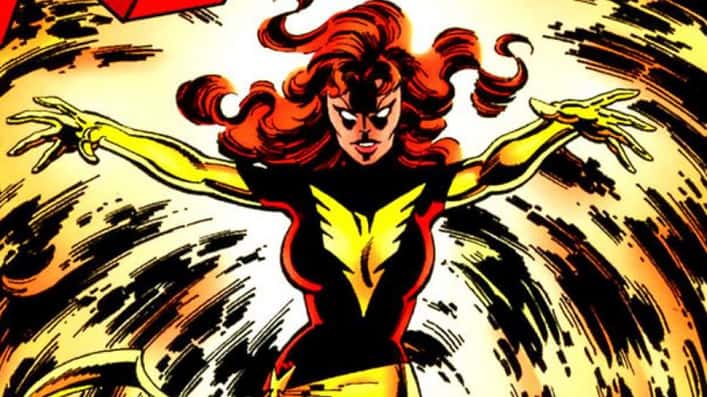 Meanwhile in Uncanny X-Men, Chris Claremont was in the midst of one of the most legendary  and influential runs ever in comics. At the heart of it all was Jean Grey’s transformation into a truly fascinating character, as Jean struggled with the implications of having become the godlike Phoenix. This storyline ran for several years, culminating in “The Dark Phoenix Saga,” when Jean succumbs to her darkest instincts and destroys an entire solar system. Although she returns to her senses, feeling the guilt of her actions, she kills herself rather than allow for the Dark Phoenix to return. Claremont didn’t want to kill off Jean, but Marvel’s Editor-In-Chief decreed that since the Dark Phoenix had killed billions, there was no redemption for her, and she was killed at the last minute. 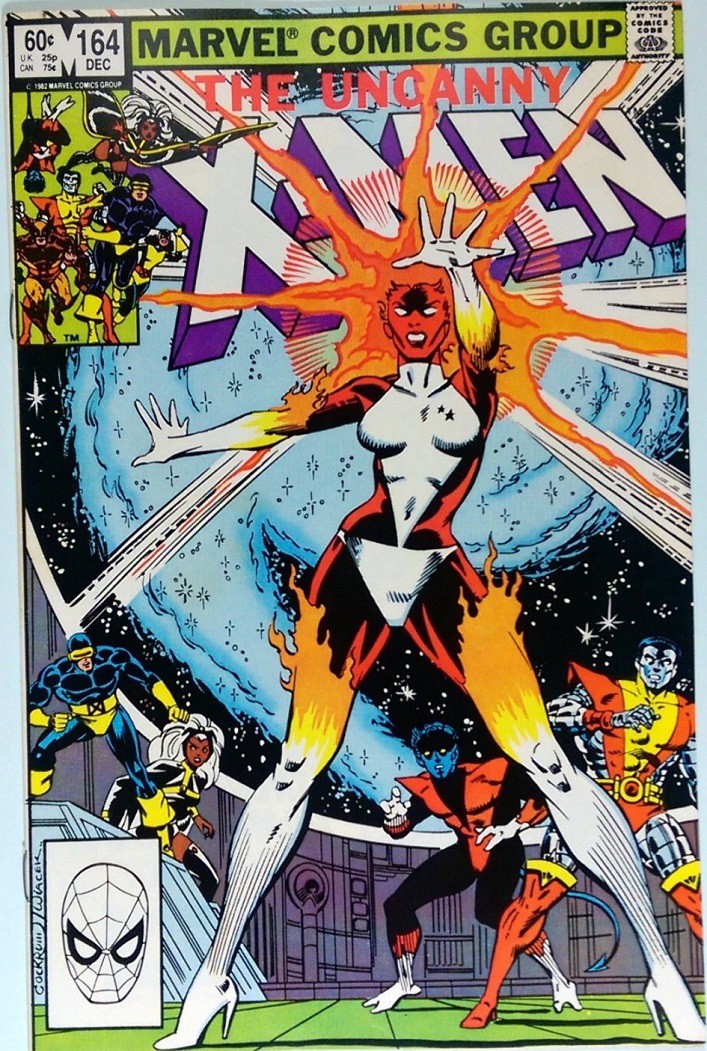 As for Carol Danvers, Ms. Marvel became an Avenger during a particularly popular run on the title. But in 1980’s Avengers #200, she was written out in a very controversial storyline which saw her brainwashed into loving a man who violated her. Fairly disgusted by this turn of events, Claremont petitioned to bring Carol back. After all, he wrote the majority of her own comic, and put a rather large stamp on the character. He used his clout as writer of X-Men to bring Carol in as a supporting character in that comic. There, he gave Carol a cosmic power upgrade, and a new codename: Binary. And just like Jean years earlier, she got a snazzy new costume, once again designed by Dave Cockrum. Unlike Jean though, Binary was not corrupted by her power. 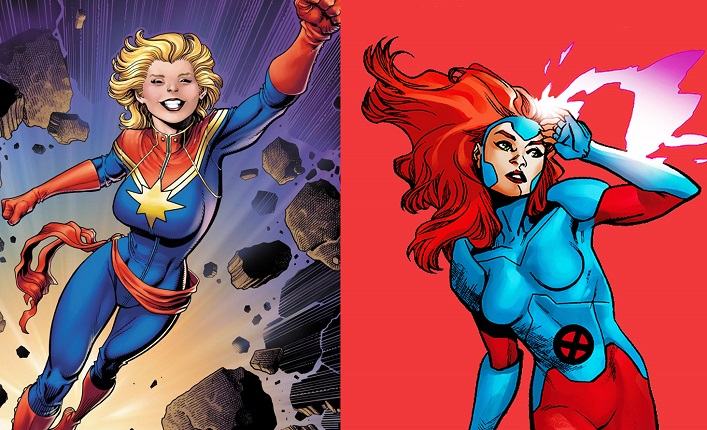 Since their Claremont-written upgrades, Both Jean Grey and Carol Danvers have both become Marvel Comics mainstays. Both ladies owe their current popularity and marquee status in large part to Chris Claremont, and we might not have movies starring both women today without his contributions.