CAPTAIN MARVEL Had a Huge Opening Weekend at the Box Office

Captain Marvel‘s opening weekend box office went higher, further, and faster than some predicted, taking in huge tickets sales in both the U.S. and around the world.

This past weekend, the first-ever female led installment of the MCU flew into theaters, and it did not disappoint.  Box Office Mojo reports Brie Larson’s space-faring hero brought in an estimated $153 million in U.S. ticket sales (and that number might end up being even higher after Sunday’s final numbers are included). That’s the seventh highest opening (of 21) for the MCU, and it ranks as the third best opening weekend for any March release ever. 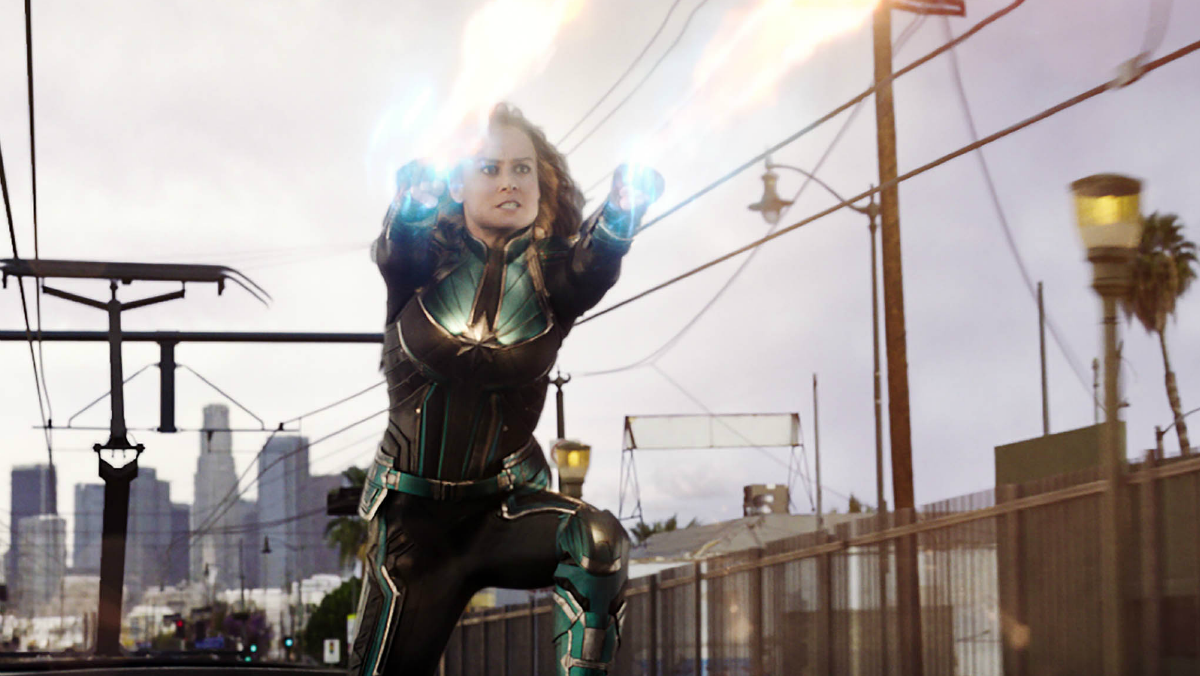 Box Office Mojo also notes that Captain Marvel‘s 55% male/45% female audience breakdown, similar to Black Panther and Ant-Man and the Wasp’s, “is the smallest gender divide among films in the MCU.” Also interesting is the fact that “64% of the film’s opening weekend crowd was aged 25 or older, which ranks as one of the older audiences for an MCU film.”

Carol Danvers origin story wasn’t just a hit here at home though. The film also had the fifth highest opening ever internationally, pulling in an estimated $302 million. Combined with U.S. sales that gives the movie a whopping $455 million opening.

With ticket sales like this, it’s almost a guarantee that Captain Marvel will still be in theaters when Avengers: Endgame comes to theaters on April 26, much like Black Panther was still being screened when Infinity War was released last year.

For anyone who really wants to go higher, further, faster, that should make for one really great Carol Danvers double-feature.