Some people mock the Constitution because it says “to form a more perfect Union.” But, by definition, if something is perfect it can’t be improved upon. Yet we now know perfection can get better. Not because of American democracy, but because of a British candy: Cadbury’s announced it will release full-sized Oreo Creme Eggs.Metro in the UK reports that starting in January 2019 through April, Cadbury’s already ideal confectionery will get even better with their first ever large-sized Oreo version. It will feature Oreo cookie pieces in traditional Creme Egg filling with the same traditional chocolate shell. Last year this heavenly treat was sold in mini-egg form, but as all candy lovers know, the small Creme Egg versions, while good, don’t measure up to the big ones. 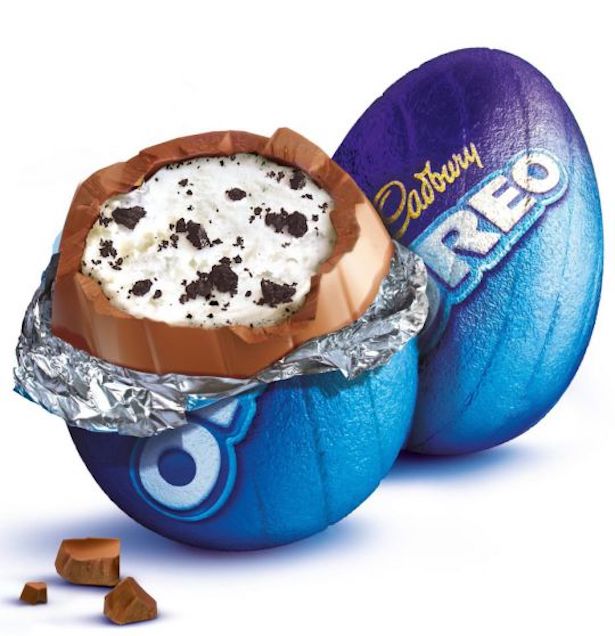 At 175 calories, the Oreo eggs will amazingly come in two calories less than the standard Creme Egg’s 177, so you can feel almost 1% less guilty about eating half a dozen of them. And we need that. We really need that.Unfortunately there is one potential downside: we don’t know yet if these will be sold in the United States. Cadbury’s brand manager Aislinn Campbell told MetroÂ they are excited to be “bringing this to the UK.”Don’t panic just yet. You can buy Cadbury’s Oreo candy bar in America, so it’s not impossible the eggs will be available here too. We have reached out to Cadbury about whether these will make it across the pond, and will update this story when we hear back from them.We obviously hope (NEED) them to, because even if the Founding Fathers probably didn’t think we’d be looking to the British to help us achieve their goal, we know a more perfect Union is possible.Did you try the mini versions? What did you think of them? Tell us in the comments below.