Back in 2007, Dark Horse Comics revived the adventures of Buffy Summers and friends with the comic  Buffy the Vampire Slayer: Season 8, the official continuation of the classic Joss Whedon TV series. Over the last 11 years, we’ve had four more seasons, and have seen the Chosen One deal with a world that was totally changed by the events of the original series finale. Now, with the four-issue season 12—”The Reckoning,” written by series creator Joss Whedon and Christos Gage—on the way, the story of Buffy Anne Summers is finally coming to a close.

This storyline concludes all the threads that began back in the first comic book season, and joins together not only the cast of characters from Buffy, but also characters from Angel and Joss Whedon’s future slayer mini-series Fray. Will all these slayers, vampires, and witches fighting together one last time be enough to save the world, or will Buffy die trying?

…To be fair, she’s died twice before and gotten better but what we are trying to say here is the stakes have never been higher for the Scoobies. But as Buffy once famously said “If the Apocalypse comes, beep me.” 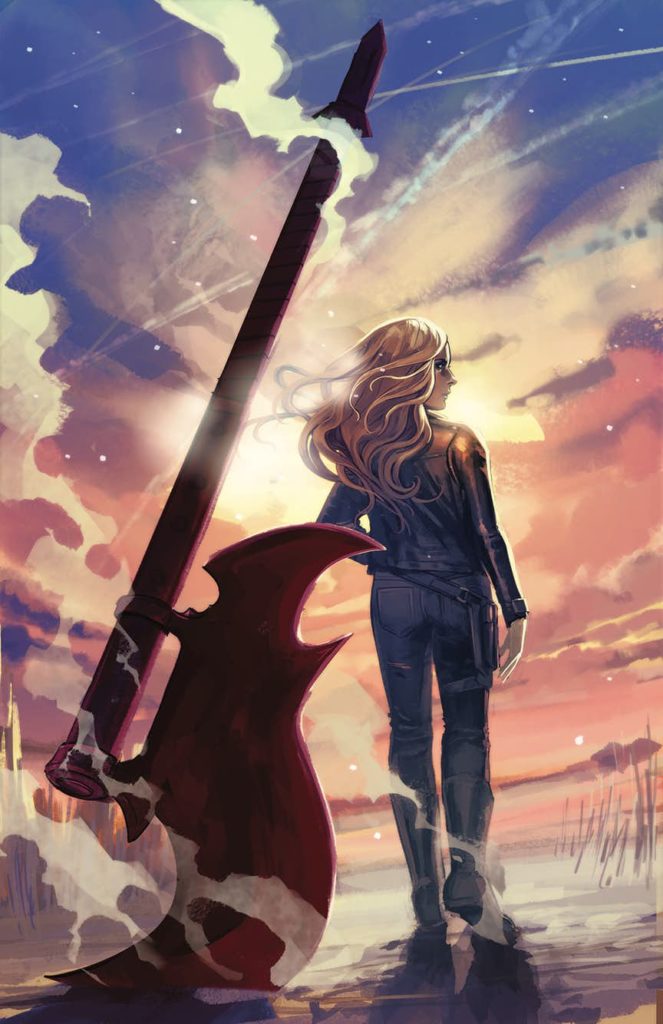 You can check out our exclusive preview of three pages of the final issue of Buffy the Vampire Slayer: Season 12 in our gallery down below, along with the official description from Dark Horse Comics.

“Buffy, Fray, the Scoobies, and the Slayers are in an epic battle against Harth, and his army of baddies. His attempt to steal the power of the Slayers has brought Buffy and her crew to the turning point that they have been trying desperately to avoid. With all other options spent, it is only Buffy and her sacrifice that can save the world. The entire Buffyverse is united here in the culmination of all Buffy seasons!”

Do you think this is truly the Slayer’s final battle? Be sure to share your thoughts and theories with us down below. 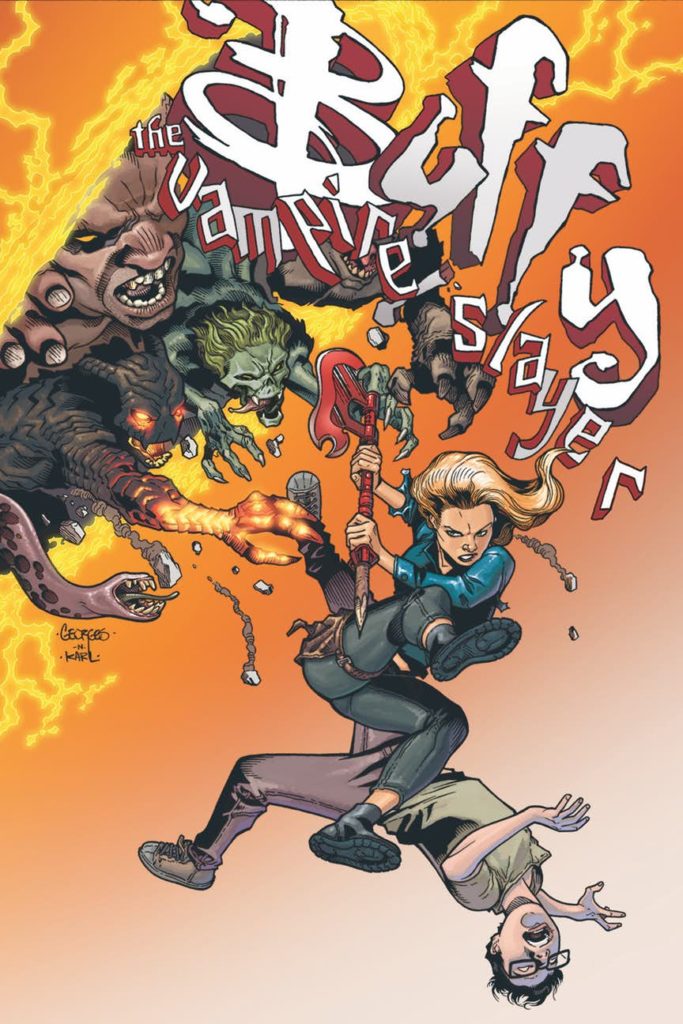 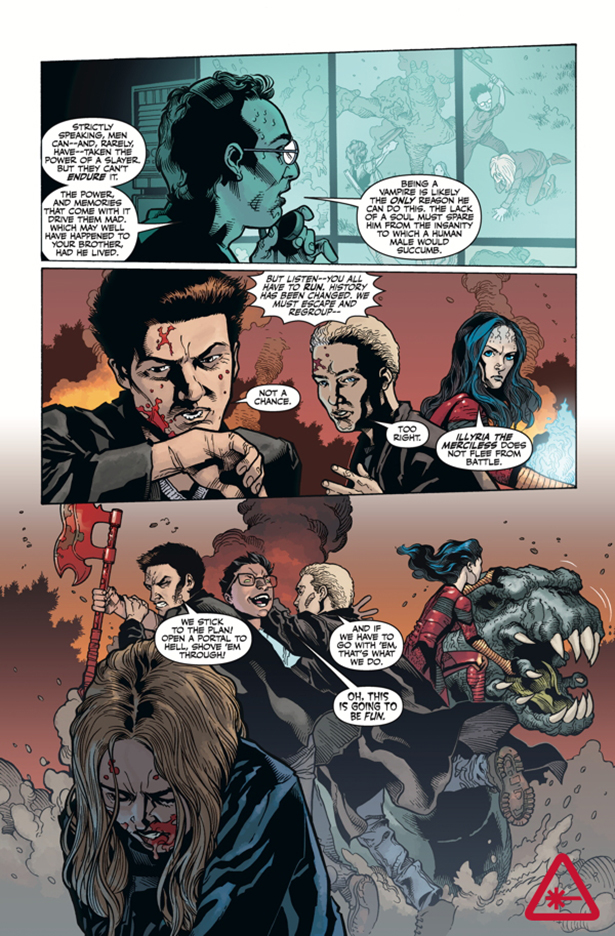 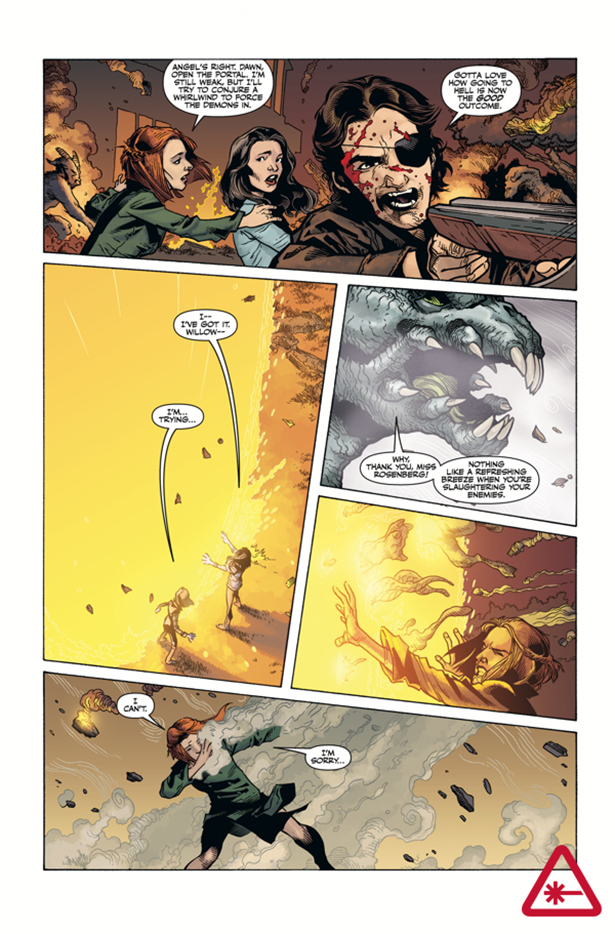 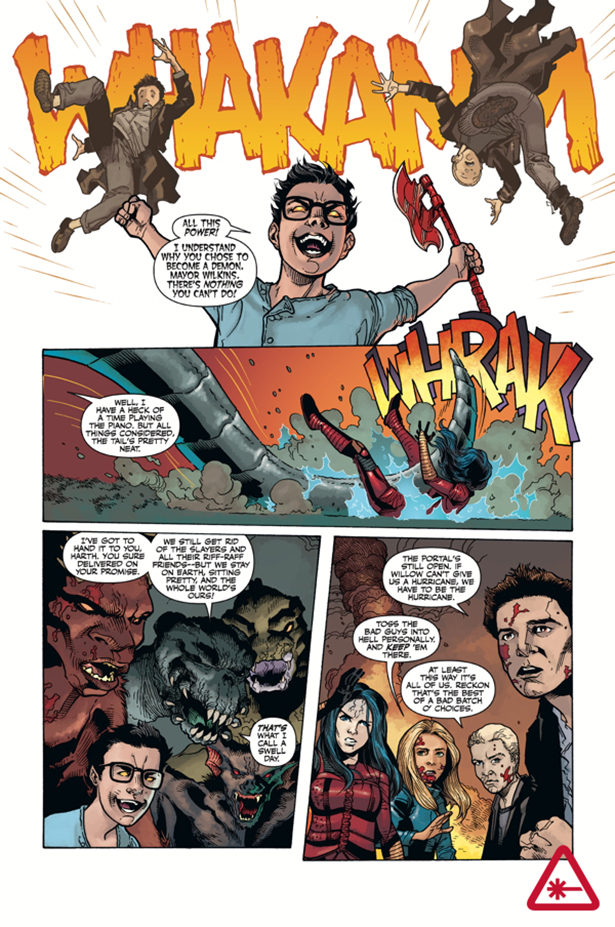 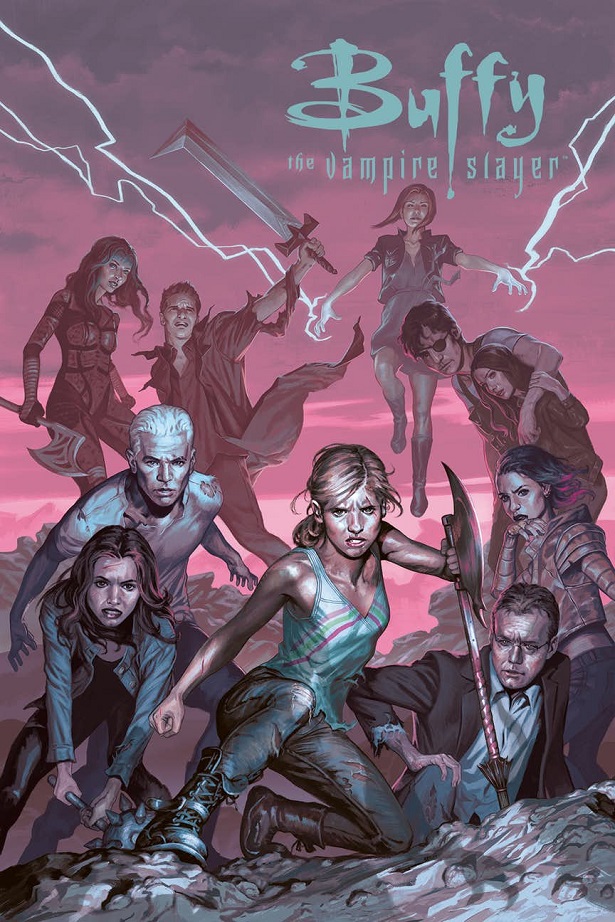