CelebriD&D brings beloved actors from screens big and small to the tabletop with some of your favorite Geek & Sundry and Nerdist personalities. Helmed by Dungeon Master Matthew Mercer, each of these one-shot Dungeons & Dragons adventures are unique and unforgettable.

Brooklyn Nine-Nine‘s Terry Crews recently stopped by to enthusiastically play a D&D game based on the World of Warcraft expansion Battle For Azeroth. (You’ve watched the episode already, right? Get on it if you haven’t! We’ll wait.)

Like the classic MMORPG, the CelebriD&D game pitted Horde against Alliance for an epic battle with Terry, Marisha Ray, and Ashly Burch taking up arms (and maybe an eye) against Troy Baker, Taliesin Jaffe, and Jessica Chobot.

If you were inspired by the incredible role-playing session to turn your home Dungeons & Dragons game into a battle for Azeroth, Dungeon Master Matt Mercer is here to help. 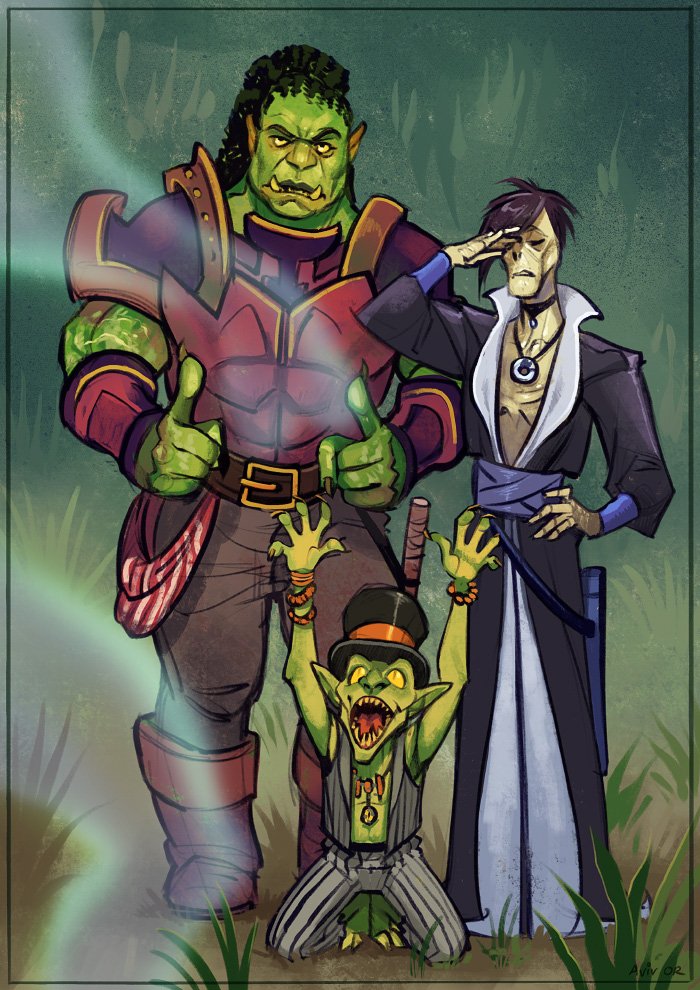 He recently shared character sheets for level 5 characters, complete with spells, that you can use in your own campaign. “[This was] a fun challenge to balance the teams, [and] introduce WoW Class features and Spells alongside D&D staples for RP,” he wrote on Twitter. You’ll find sheets for the following custom characters:

World of Warcraft: Battle for Azeroth, Blizzard Entertainment’s seventh expansion, launches in North America at 3 p.m. PT on August 13, and around the world on August 14.

All Illustrations: Aviv Or

CelebriD&D Battle for Azeroth is sponsored by Blizzard Entertainment.