A Brief History of Black Queer Representation in Cinema - Nerdist

A Brief History of Black Queer Representation in Cinema

Pride Month is a time to celebrate the existence, growth, and resilience of many diverse queer communities. For those of us who are Black and not heterosexual and/or cisgender, our lived experiences intersect at various crossroads. We have always been an integral and influential part of Black communities. However, we have not always been present in Black films. The history of Black queer people in Black cinema is a checkered path that’s worth exploring, from its early roots to today.

It is impossible to point out every gay character in Black movies, but we can highlight some examples of typical representation. And to be clear, this retrospective isn’t about Black queer characters present in predominantly white movies, like Bram and Ethan in Love Simon. This is about films, many of which had to navigate through white studios and production companies, that attempt to capture or comment specifically on the Black American experience.

WARNING: The videos in this post may include NSFW language and derogatory slurs towards LGBTQ+ people.

To truly see the growth of Black queer film representation, we first need to understand the Black straight gaze. That is, heterosexual filmmakers creating non-heterosexual characters. In the interest of some brevity, let’s start with the 1980s and move forward.

The ’80s marked the beginning of an era known as the New Black Cinema, featuring a greater presence and acceptance of more Black stories. However, the trend of homophobic slurs used to demean characters did not cease. Films in this period also emphasize the “outside” or “otherness” that Black LGBTQ people feel.

Black queer people are absent from some of this era’s best-known films. For example, the film version of The Color Purple departs from the book by erasing the lesbian relationship between Shug Avery and Celie. Harlem Nights, starring Richard Pryor, Eddie Murphy, and a plethora of iconic Black actors, takes place during the Harlem Renaissance. Yet we don’t see any of the many queer artists in nightlife at this time. There’s no Josephine Baker, Ethel Waters, or Gladys Bentley even mentioned in passing. And, despite Coming to America taking place in Queens, New York—a hub of Black queer and trans life—there’s no representation at all. (Arsenio Hall in drag does not count.) 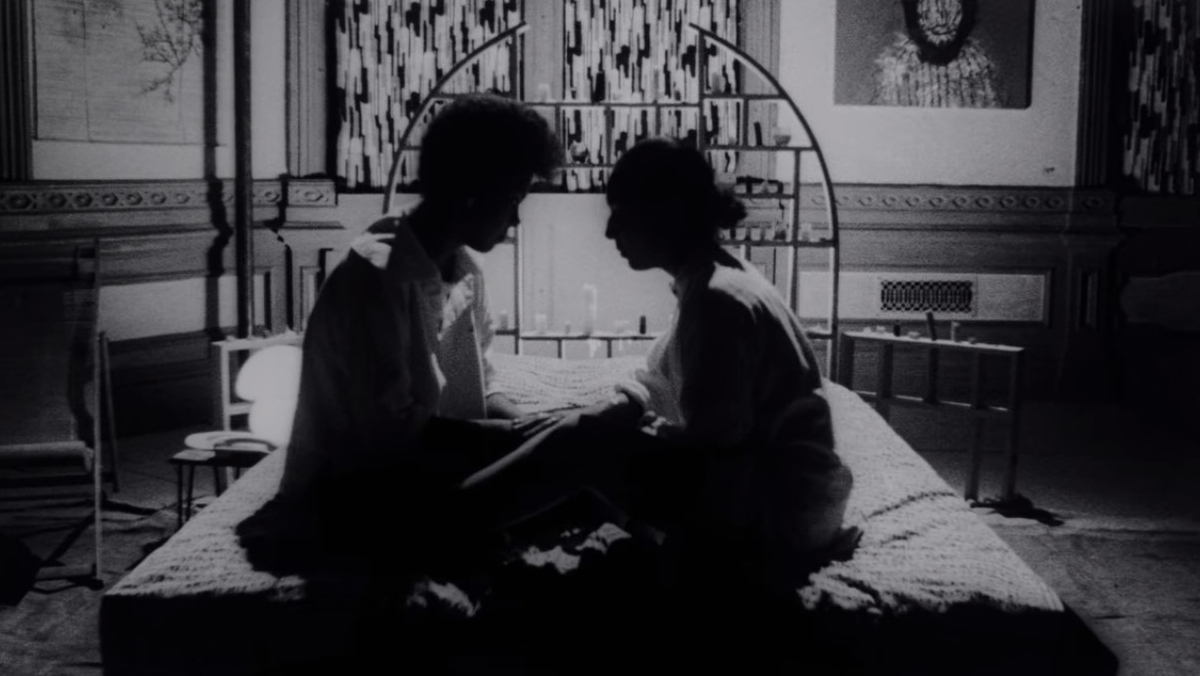 Black lesbians did get a glimpse of representation in the form of Opal Gilstrap in Spike Lee’s She Gotta Have It; however, she only exists to seduce the main character Nola Darling into a sexual encounter. This tiny hint of Nola’s bi-curiosity is just the beginning of Lee’s complicated history with queer characters. But he has been more willing than any other late 20th-century Black filmmaker to include us in his stories.

This is when we started to see a noticeable increase of queer characters with more nuance in Black movies. Set It Off and Get on the Bus, both released in 1996, gave us interesting Black lesbian and gay characters. In Set It Off, Queen Latifah portrays Cleo, an out butch lesbian in a group of female friends who begin robbing banks.

Her portrayal was a step forward; in the film, Cleo is not ashamed of her sexuality nor her girlfriend. And she isn’t rejected by the other women because she’s a lesbian. However, Cleo is obviously meant to be the “hood” or most gangster-oriented member of the group.

The film equates the butch lesbian with being a natural aggressor who enjoys crime. Meanwhile, her counterparts are shown to use bank robbing as a solution to solve a more sympathetic social issue. Nevertheless, it is a unique perspective that we hadn’t seen up to that point.

Get on the Bus stars Harry Lennix and Isaiah Washington as a Black gay couple heading to the Million Man March. Their relationship is tense, essentially on the verge of collapsing. We get to see successful gay men and their different viewpoints on issues. The film also challenges the bus passengers to discuss gay men’s place at an event designed to uplift Black masculinity.

Unfortunately, this rise seemed to fizzle in the 2000s. We got the occasional Black queer character in ensemble movies, but they were rarely the main or a central character.

In the late ’80s and ’90s, we began to see more of the African American queer perspective from actual LGBTQ+ people, mainly in documentaries or short films. We got a handful of such films prior to this, like 1967’s Portrait of Jason, but they were pretty rare. This documentary looks at openly gay hustler, occasional sex worker, and aspiring entertainer Jason Holliday.

Filmmaking in the ’80s began to take a distinctive Black queer perspective in response to the homophobia present in mainstream Black movies. These films also highlighted the HIV/AIDS epidemic, which mainstream Black films chose to ignore. Activist and director Marlon Riggs gave us notable documentaries like Tongues Untied and Black Is…Black Ain’t, both of which examine the various aspects of inclusion and exclusion felt by Black gay men. Another pivotal film: Looking for Langston, a combination of historical footage and dramatic pieces about Langston Hughes’ time in Harlem.

1990’s Paris Is Burning is considered one of the first major mainstream showcases of the Black queer and trans community. It brought to light the underground scene of New York City’s queer drag ball culture. Both a celebrated and criticized film, it is fair to say that without it, we wouldn’t have more groundbreaking productions like 2016’s Kiki or the recently concluded Pose.

Kiki and Pose are praised for having LGBTQ+ people in front of and behind the camera to showcase a more authentic queer perspective. Kiki does more than just provide a broader understanding of the New York ball scene; it depicts the LGBTQ community actively combatting the spread of HIV/AIDS through activism, education, and partnering with queer advocacy groups.

The Watermelon Woman, a 1996 film by Cheryl Dune, is widely considered the first mainstream independent film about Black lesbians. There had been documentaries before that, such as 1987’s Women in Love: Bonding Strategies of Black Women, but they could only be seen through film festivals, university classes, and brief art-house cinemas.

The early 2000s marked a significant tonal shift in Black queer filmmaking. Documentaries continued to thrive, with offerings like Jewel’s Catch One and Brother Outsider: The Life of Bayard Rustin. These projects focus on the stories of Black queer elders, while 2005’s The Aggressives examines identity through the words of young butch lesbians and trans men. 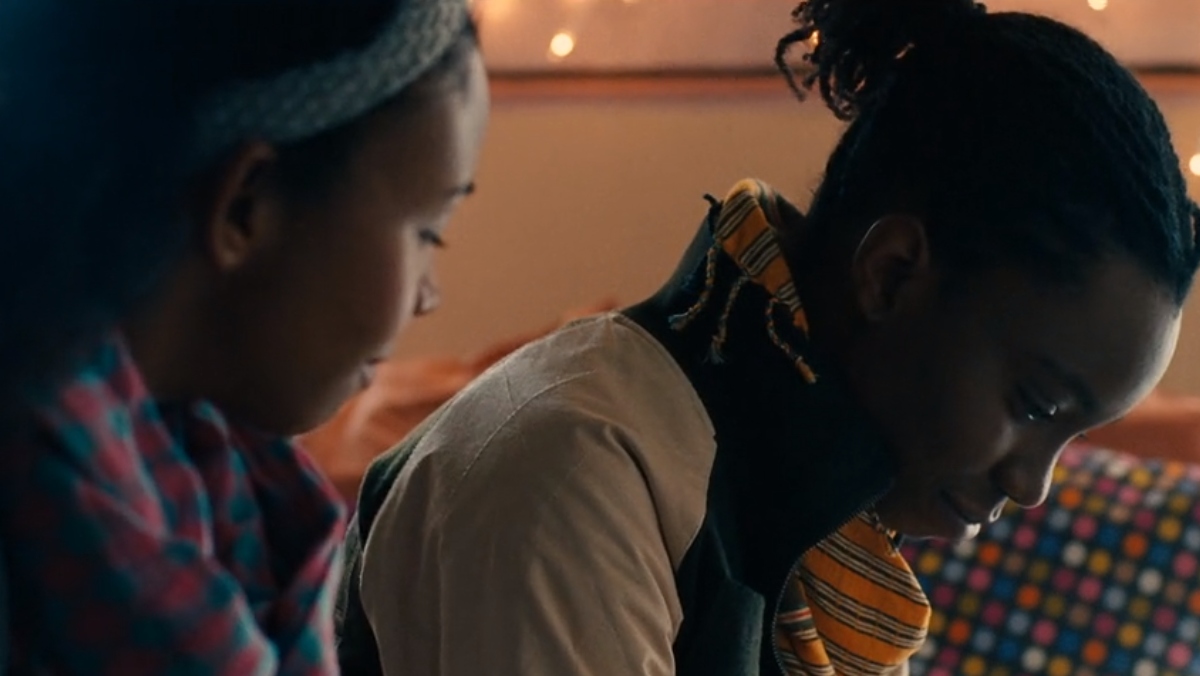 Many movies from this era centered on trauma, pain, and rejection. Pariah follows a Black lesbian who endures a painful coming-out moment with her parents. She ultimately decides to go across the country to college for a fresh start. In 2015’s A Girl Like Grace, a teenage lesbian struggles to navigate coming out, high school bullying, and the aftermath of the death of her best friend.

It’s a reflection of our reality. To be Black and queer is to live a life of violence, continual pain, and rejection by the larger Black community. A lot of these stories, including the above, focus primarily on coming-out stories. While those are important, there is more to explore outside of this aspect of the queer experience.

Contemporary Black queer films and filmmakers are pushing the narrative forward on the types of stories being told. Biographical historical dramas Bessie and Netflix’s Ma Rainey’s Black Bottom, about Bessie Smith and Ma Rainey respectively, make it clear that the singers’ bisexuality was not only an open secret, but also just one part of their complex lives. (Bessie and the aforementioned Pariah were directed by award-winning creative and Black lesbian, Dee Rees.)

Tangerine, tells the story of trans sex workers seeking vengeance against a cheating boyfriend on New Year’s Eve. The highly acclaimed Moonlight is a coming-out story whose main character, Chiron, endures physical violence because he is gay. But the film covers much more ground. It’s about finding a safe and supportive Black male role model, navigating the ’90s Miami drug epidemic, and defining Black masculinity. Moonlight even gives viewers a tentative happy ending.

There will always be a need for documentaries because Black LGBTQ+ history has been hidden for so long. These films are vital to us gaining a better understanding of the totality of the Black queer experience. But we need to tell a wider variety of stories. We need more queer parents or would-be parents navigating the hoops they must jump through to have children. We need more Black queer action stars, time travelers, and historical dramas about obscure people like William Dorsey Swann.

It’s time for stories about trans people thriving or struggling, not because they’re trans, but because sometimes life is just hard. Movies about bisexual, ace, or polyamorous Black characters remain almost non-existent for no valid reason. We need respectful and thoughtful inclusion in movies about the larger Black community, too. Things are certainly changing and hopefully the future will provide an even wider, authentic scope of Black queer stories.

Mia Thermopolis and Elle Woods Actually Have a Lot in Common

We Need More Military Representation for Black Women in Media