Breath of the Wild Started As a 2D Adventure in Hyrule

The Legend of Zelda: Breath of the Wild you’re playing today is very different from the game that started development in early 2013. An amazing new video series from Nintendo highlights the entire development process from the very beginning, from designing the open world concept to crafting the story and characters.

The first in the series, “The Beginning,” walks Zelda fans through some of the incredible concepts that were part of the early development process. Open to just about any idea to break some of the typical Zelda conventions of previous games, the design team pitched ideas ranging from UFOs (seriously) to a field of flying laser beams.

Perhaps the most fascinating tidbit from the early stages of development is the revelation that Breath of the Wild started as a 2D prototype. 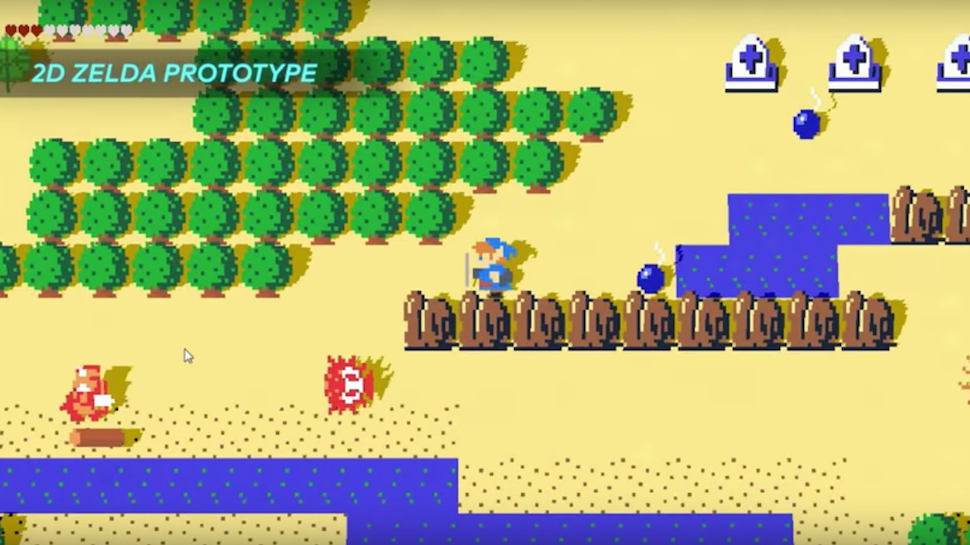 Unlike previous 2D Zelda games, every object on the screen could be interacted with. The team then used the prototype to test game structure and other components that would come to make the Breath of the Wild game in the hands of Zelda fans now.

In Nintendo’s second developer diary, “Open-Air Concept,” the team talks about introducing an open world to Zelda for the first time. Producer Eiji Aonuma knows that Zelda players love exploring and discovering secrets, and wanted to take it a step further in Breath of the Wild. (Wind Waker was one of the first Zelda games with some freedom to explore, but limited places that Link could visit.)

The videos highlight the team’s commitment to every detail in Hyrule, even down to the sound you’d hear when a Bokoblin sticks a finger up its nose. 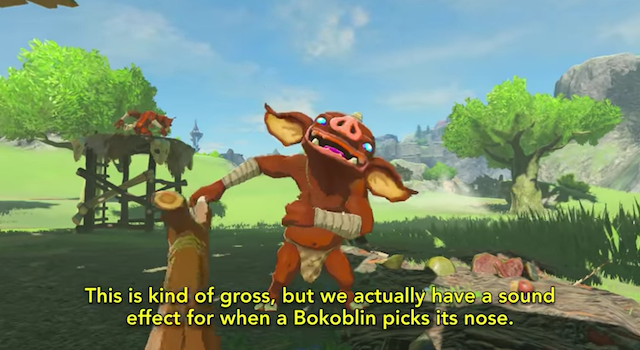 In the final behind-the-scenes video, the teams talks about the creation of Zelda, Link, and Ganon, the triangle that makes up every Zelda game, along with the enemies you find littered across the Hyrule landscape. It’s an almost unprecedented look at the process of character creation from start to finish.

With over 30 minutes of behind-the-scenes footage and interviews, The Making of Zelda: Breath of the Wild video series on Nintendo’s YouTube channel is a must-see for any Zelda fan.

What do you enjoy doing the most in Breath of the Wild? Tell us in the comments.

TAGGED: Nintendo, Breath of the Wild, The Legend of Zelda, Zelda