In this world, branding is important. Just think of all the company logos we’ve had seared into our consciousness since childhood. There’s a good bet many of us understood what the McDonald’s arches meant before we knew the alphabet. (Which is a scary thought.) And at some point, everyone thinks they could redesign a logo and make it better.

Recently, one TikTok user by the name of Emily Zugay ingeniously mocked every design student who thinks their redesigns of famous logos are automatically superior. And it went viral so fast, every brand wanted her attention afterwards.

Putting my degree to use

Zugay posted a video to TikTok where, in a very droll and monotone way, she shows off her “improvements” to the logo for Starbucks. Soon Amazon followed, and then several more. Zugay puts on a very good game face. So at first, you can’t help but wonder if she’s serious or not. But once she gets to her redesigns for the H&R Block and Apple logos, you realize you’re watching a brilliant takedown of every vapid novice who thinks they know better.

Reply to @adobe here you go 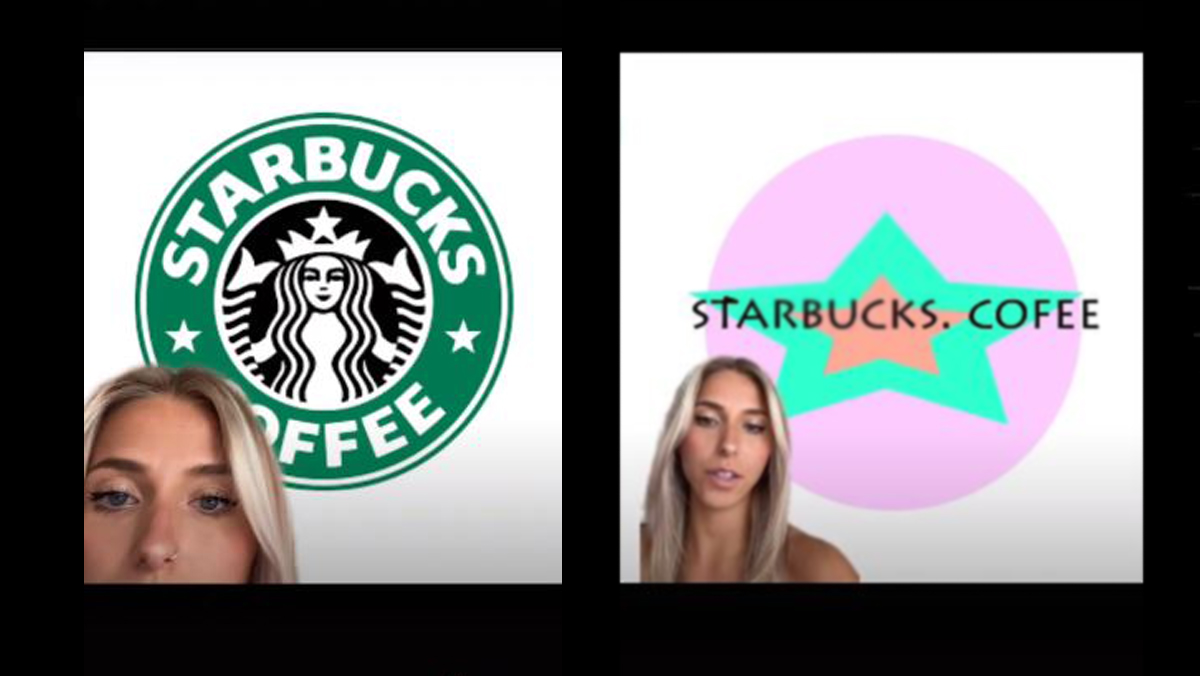 Zugay’s TikTok got tons of eyeballs on it pretty quickly. And as AdWeek pointed out, soon every brand in America wanted a “glow up” from her. Brands like Tampax, Nascar and Tinder commented on her videos, with an enthusiastic “do us next!” And happily, Zugay obliged. At least for some of them. And as she went on, her new versions got more and more ridiculous. Her Target logo redesign alone is a “chef’s kiss” moment if ever there was.

Our favorite moment is when she pronounced the NFL as “Nifl.” And adding “they do sports like football and such.” We can’t help but wonder if this is not a nod to the infamous Miss South Carolina moment from the Miss Teen USA 2007 pageant. There is no shortage of logos we’d just love to see Emily Zugay lend her creative mind to. Why does that Disney logo look like someone’s bad handwriting anyway? Whose idea was that? She should really fix that.