One of the most secretive projects at New York Comic Con wasn’t a Marvel Studios film or a new television debut, and it didn’t even have a panel or any exclusive reveal. But executives of the production company Hivemind were excited to exclusively tease Nerdist with the first details of Bloodshot, the film based on the popular series from Valiant Comics that will be released by Sony next year.

It’s a film that has been a long time coming, and one that fans have been anticipating since the character’s comic debut in 1992. “We were developing simultaneously with the comic books in 2010 and 2011,” explained Dinesh Shamdasani, Hivemind co-founder and former Valiant CEO. “We’ve tried to take our time, and the point of view we brought to Hivemind is, if we can’t do it justice, don’t do it at all. So we approached it from that standpoint and really worked the script trying to build a superhero film that could compete with the icons and hopefully pave new ground.” 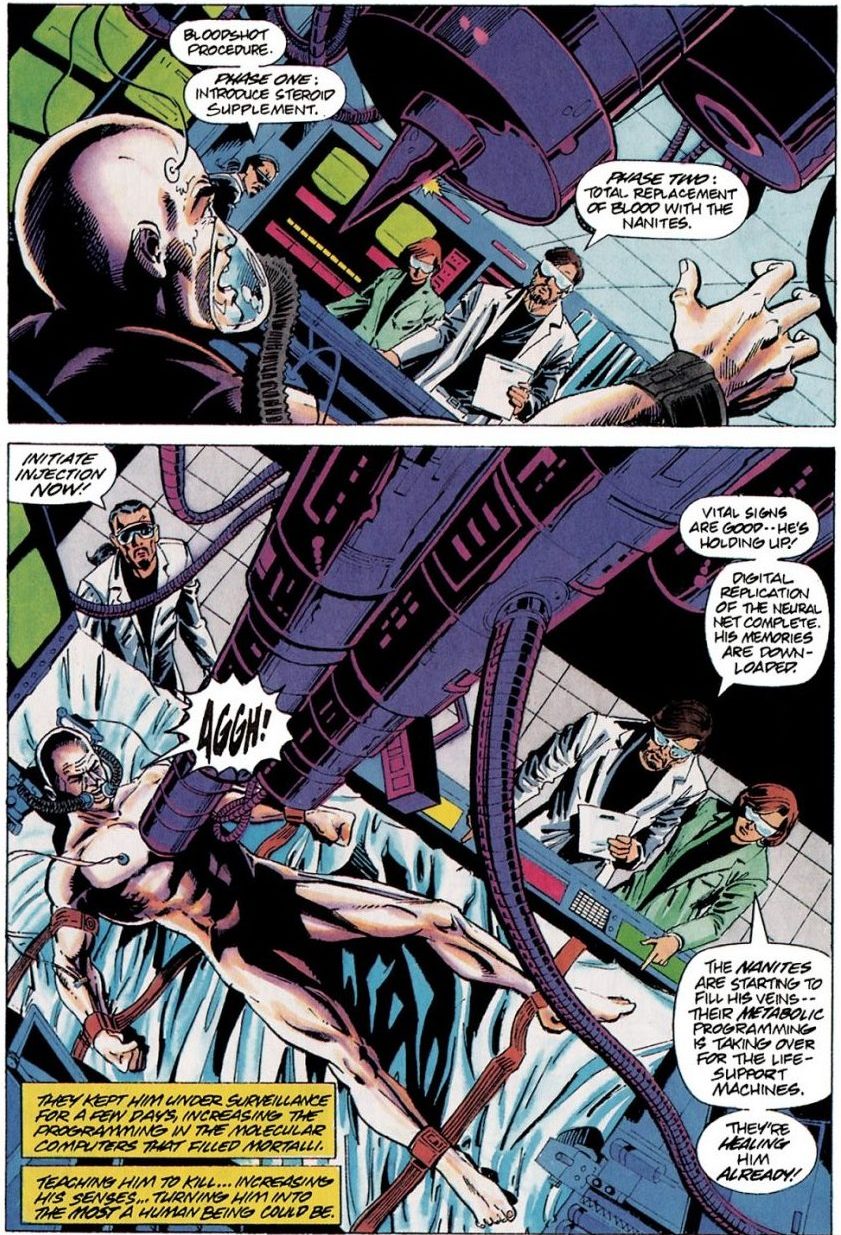 Hivemind, a production company that produces popular adaptations of TV and film projects like The Witcher, The Expanse, Final Fantasy, and Scary Stories to Tell in the Dark, is no stranger to high-profile content with the creative team surrounding Bloodshot reflecting that. Directed by Dave Wilson and written by Eric Heisserer, whose credits include Arrival, Bird Box, and the upcoming Netflix series Shadow and Bone, t he film stars Vin Diesel in the title role of the nanotech-powered super soldier along with Sam Heughan, Guy Pearce, Eliza Gonzalez, and Toby Kebbell.

“Superhero films are always setting a high bar. And also, Vin has been a movie star for 20 years. He knows every facet of the movie business, he’s had a lot of success, so he raises that bar for everyone consciously,” said Shamdasani. “So there was a lot of pressure and a lot of obstacles, but all in the right kind of way. This is the movie that Eric wrote, this is the movie we set out to make, and I think if this movie works it’s a testament to everyone’s supporting the process.”

One of the most exciting things about bringing a comic book to the big screen is that the story and characters are allowed to be visually translated. It’s something that the Hivemind team can’t wait to show off, especially considering the very distinct look of the character of Bloodshot that has made him so popular. “I think the Valiant fans are going to be very pleasantly surprised with how you translate the physical look,” said Shamdasani. “He has a very iconographic look in the comics—white skin, red chest…we’ve always known there would be a storytelling element about how that happens in any adaptation that we talked about, even back at Valiant. And I think Dave and the entire team of the movie have done a really exciting job of realizing it in the real world and having it make sense inside the context of the story.”

“The first appearance of Bloodshot is Rai #0, which has become a big book on the aftermarket right now,” revealed Hunter Gorinson, Hivemind’s VP of Brand and Content Strategy. “But the first panel—and in Valiant lore it’s a very famous page—is Bloodshot getting his injector chest thing where it’s shown that’s the reason he has a spot. That’s in the movie.”

“We literally built that whole room, we built the machine, we put Vin on there, mimicked the shot, we did this cool shot that pulls up, and it looks awesome,” teased Shamdasani. 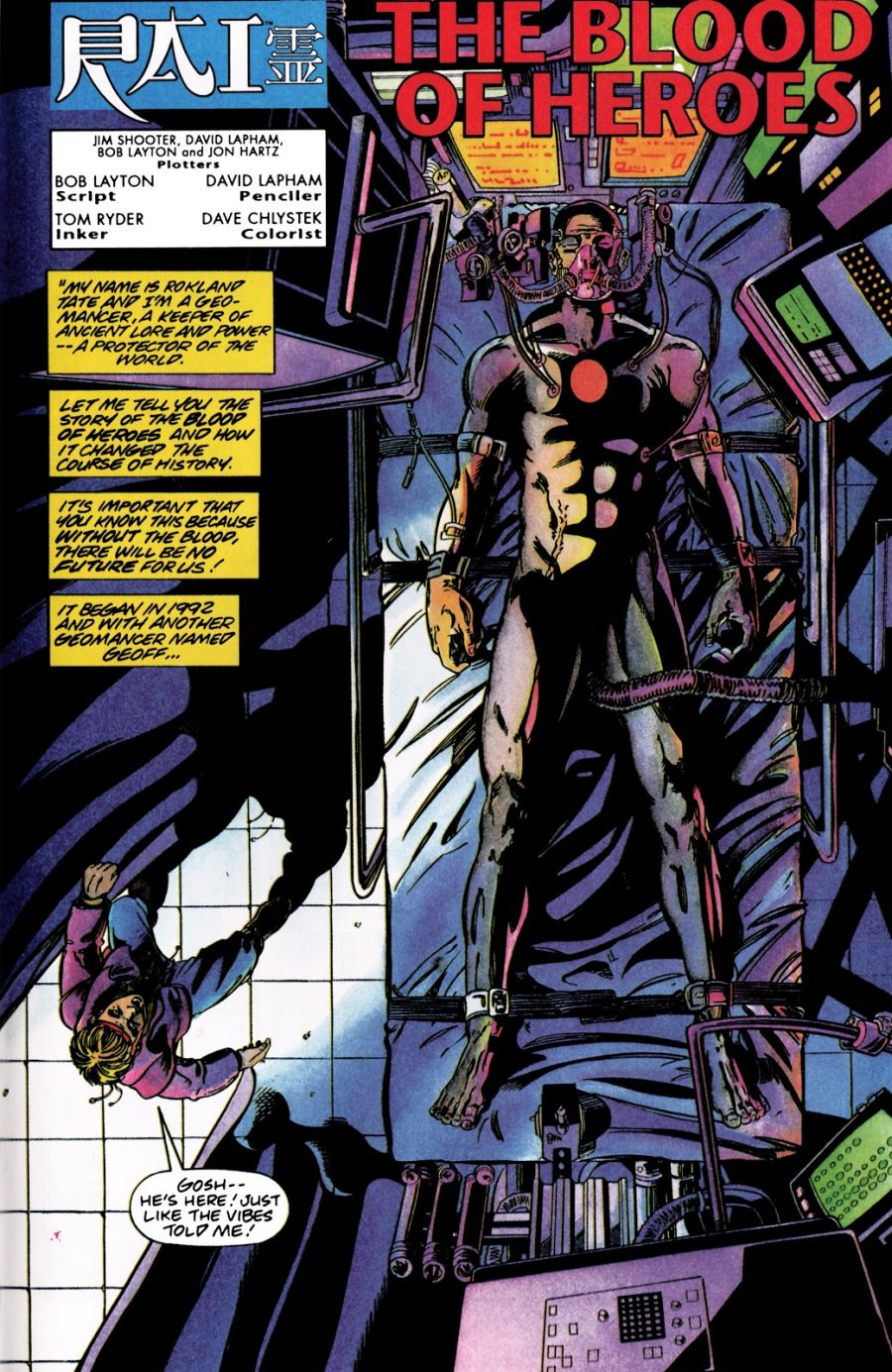 Superhero films are no longer simply about the well-known players like The Avengers or Justice League. Between recent hits like Amazon’s The Boys and films like Deadpool, the genre has evolved to a point where edgy and unconventional stories are becoming more welcomed among fans and general audiences. Shamdasani is more than aware of both the limitations and strengths this places on the project, telling Nerdist, “You know you can’t compete with the spectacle, so you have to compete with intellect and emotion and narrative acrobatics. So we built a film that almost requires you to know certain conventions so we can subvert them. We’re hoping that you’re kind of on a journey in the way that you were in the movie theater pre-Internet age, where you didn’t quite know where the story was going to go and the structure wasn’t a tried and tested structure we’re used to. So that’s part of the game—to trick you into thinking you’re going to get one of those movies you’re accustomed to and getting something else.”

And the ultimate hope for bringing Bloodshot to the big screen?

“If we’re successful, we built a superhero like Marvel and DC would build at its core, that is surrounded by something more akin to the independent world of comics we’re telling.”