This past decade has seen a spate of grimy, gritty little neo-noir movies that hit hard and leave you reeling. Cold in July and Blue Ruin are two excellent examples that immediately come to mind. But like many films in the noir canon, they center on men. Matthew Pope’s brutal and thrilling addition to the slimy underbelly of the subgenre, Blood on Her Name, upsets that trend with a starring turn from Bethany Anne Lind as a mother who is forced into a desperate act after her son accidentally kills an intruder.

Pope’s taught parable about the dangers of good intentions follows Leigh, a single mother who runs a garage alongside her sweetheart business partner Rey (Jimmy Gonzales). After what appears to be a break in, Leigh is thrown into a nightmarish spiral as she struggles to protect her son and herself. What really sets Blood on Her Name apart narratively though is that Leigh’s downfall is completely self made. Not only is the break in not what it first seems to be, but it’s her maternal instincts that drive her to return the dead body of the intruder to his family, setting a fatal chain of events in motion that it’s impossible to look away from. 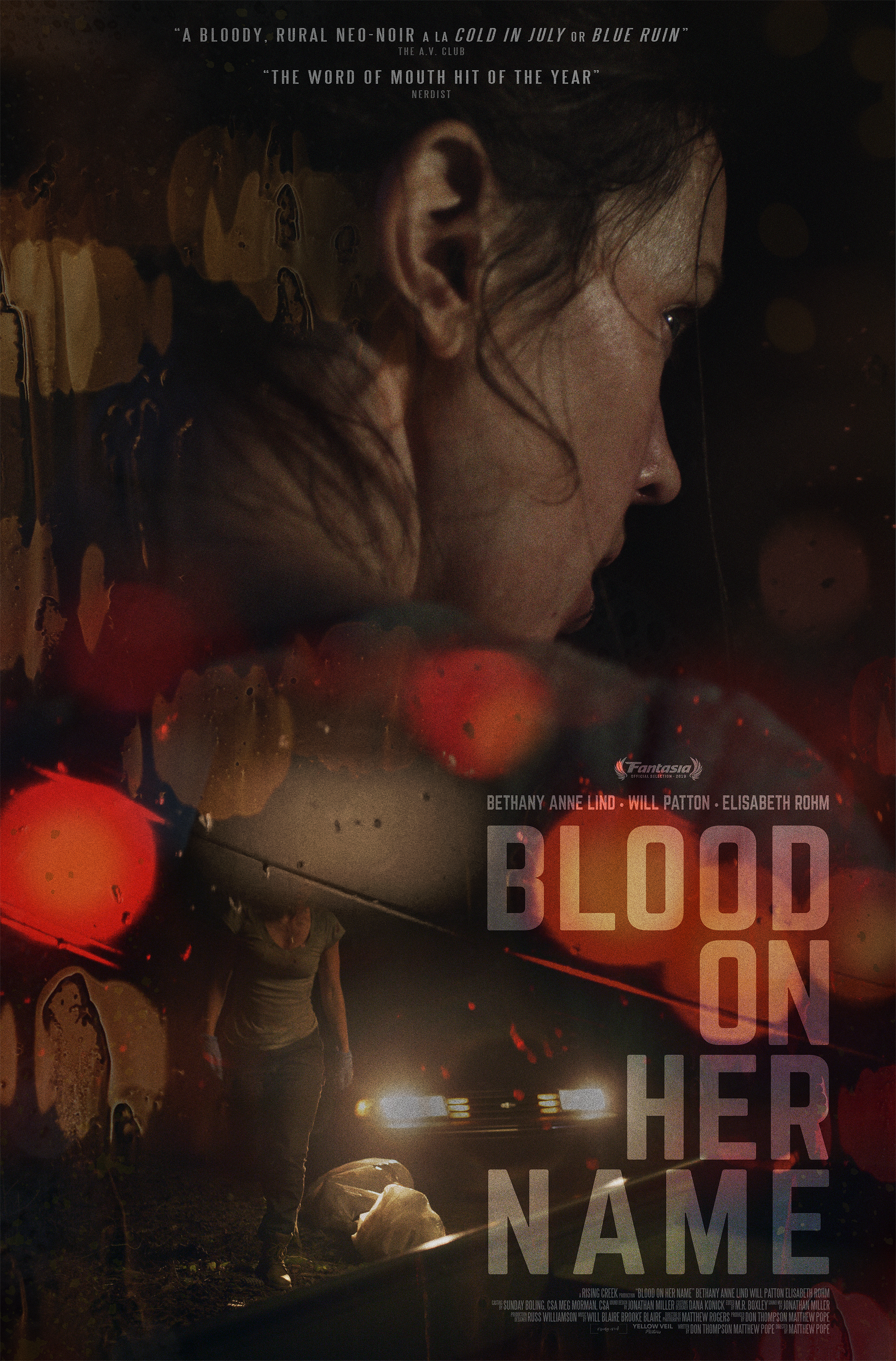 Even though Pope crafts an unrelentingly bleak atmosphere that leaves clammy fingerprints on your skin, Blood on Her Name is Lind’s film. She’s a bundle of frenetic energy, cold one minute and loving the next. She’s unpredictable and unreliable, but through Lind’s masterclass performance is ultimately a painfully relatable protagonist. Will Patton offers up an engaging foil as Leigh’s corrupt cop father who just happens to be investigating the very death that his daughter and grandson were responsible for. Fresh off a brilliant stint in Swamp Thing, Patton brings some real Southern Gothic to the character who is equally charming and chilling as he tries to help his daughter in the best way he can.

At 85 minutes long, Blood on Her Name harks back to the classic era of Hollywood thrillers. It doesn’t waste a minute of its runtime and Lind commands your attention for every moment as she’s on screen pretty much the entire time. There’s something so moving and powerful about the authenticity and fear that emanates from this film; it’s like watching your worst case scenario play out in front of you. Pope does an excellent job of keeping the tension high right up until the end. Blood on Her Name is unlike any other film released this year. It’s vision of womanhood, motherhood, and the broad idea of a female led movie that upsets what viewers have come to expect.

Easily one of the most interesting and best crafted films of the year, if there’s any justice, Blood On Her Name should be the low budget word of mouth hit of the year. Make sure you catch it, and if you really want to cleanse yourself of the demons of 2019, pair it with Parasite for a gorgeously grimy double bill about family, love, and class.

TAGGED: Beyond Fest, Blood On Her Name