Black Mirror first burst into our stratosphere when it was squired by Netflix back in 2014. But by this time, it was already a solid, well-known sci-fi series in its native United Kingdom, a 21st Century Twilight Zone about the horrors of technology. The anthology series has explored several variants on the question: What will happen to us if we let computerized concepts go too far? Episodes have focused on a prime minister blackmailed into performing a heinous act on a pig in order to free a kidnapped girl, a grieving widow who has her husband’s social media profiles uploaded into a synthetic duplicate of his body, a man trapped in a VR experience gone awry, and so much more. Black Mirror is the sort of zeitgeist show that gets people talking, and has amassed a huge following.

If there’s one episode in particular that people come back to over and over, it’s got to be the third season tearjerker “San Junipero,” about two women exploring a simulated reality version of the ’80s that will serve as their “afterlife,” and who fall in love in the process. Complicating matters, doubts start to rise over the ethics of uploading one’s consciousness into a computer after death, at the expense of others who died before that technology existed. In a series full of bleak endings and tragedy, “San Junipero” stands out as one of the happier entries. It was wildly successful as well, winning multiple Emmys for TV Movie and Writing. So it was really only a matter of time before the episode got the true mark of success: The characters are getting their own Funko Pop!s.

Kelly and Yorkie, the characters played by Mackenzie Davis and Gugu Mbatha-Raw, are getting their very own figures. Kelly comes clad in her ’80s-fabulous purple leather coat, while the shier and more reserved Yorkie is adorned in her blue striped sweater, pink collar shirt, khaki shorts, and big wire-framed glasses. Funko definitely nailed their likeness, and we can’t wait to have the girls on our shelves! 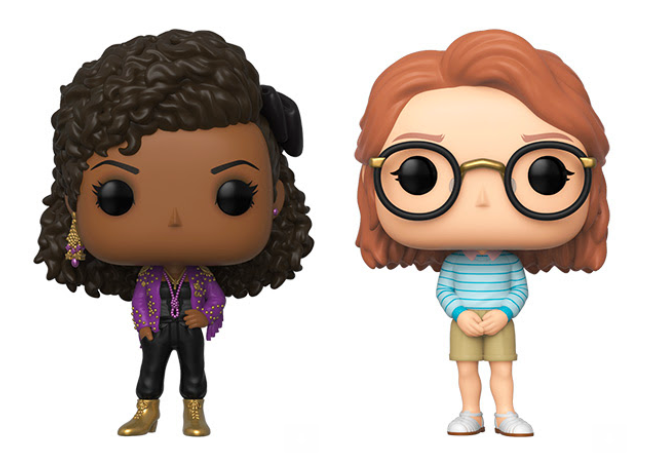 The “San Junipero” ladies aren’t the only Black Mirror characters getting Funko’d. The company will also release figures from another popular and Emmy-winning episode: the fourth season Star Trek riff “USS Calllister.” That episode deals with a programmer of a multiplayer online game, played by Jesse Plemons, who uses his coworkers’ DNA to trap them in the game, where he can let out his frustrations on their copies. But when the new girl, played by Cristin Miloti, realizes what’s been done to her in the game, she stages a revolt. Both iconic characters will also get their own Funko Pop! figures. 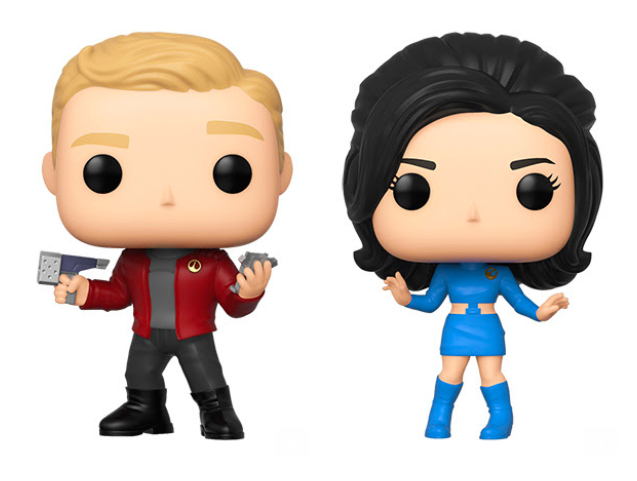 If you caught the new season, you’ll also recognize these other Funko Pop! figures coming out in the Black Mirror line. It’s the Ashley Too Doll with Evil Chase from the Miley Cyrus pop star episode, “ Rachel, Jack and Ashley Too.” 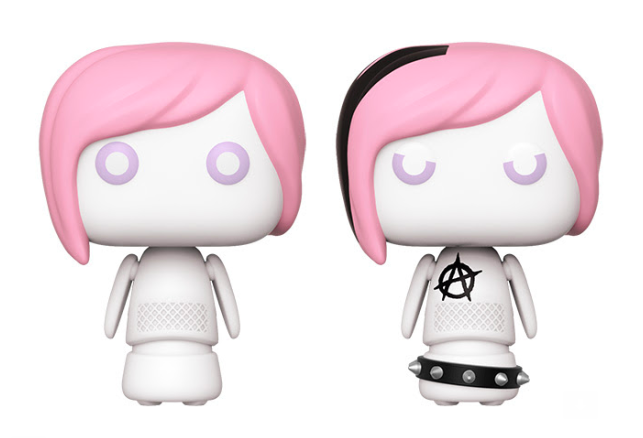 No word on when these Funkos will be available (the site only says “coming soon”) but you better believe we’ll be on the lookout. Who could resist these cute figures from a show that usually inspires tears, frustration, and anxiety? They’ll definitely help us hope.