There are several Black Mirror episodes that stick with you long after the final credits roll, and one such episode is “ Nosedive” starring Bryce Dallas Howard. The episode played on intense social media anxiety, offering up a world where a good ranking and good numbers on social media offered real-life currency and social standing. And thanks to board game publishers Asmodee, the episode was made into a board game ensuring that family fun night is never going to be the same.As Polygon reports, the game is also called Nosedive, and players are charged with the task of building a perfect life by collecting the most “lifestyle” cards and steering clear from any reputation-ruining “dings” to their social score.Â While episode depicts this social media-run life as a sort of waking nightmare, the game promises to be a fun, light game with engaging social and strategic gameplay. So basically, you don’t need to stress about making your game night snacks perfectly Instagrammable.

Nosedive is a quick game to play, lasting about 45 minutes, and is made for three to six players. The game also comes with a companion app for iOS and Android with overÂ 1,000 moments that help determine your ranking with other players. The Nosedive game will be available at Target starting November 25, just in time for family get-togethers for the holidays. 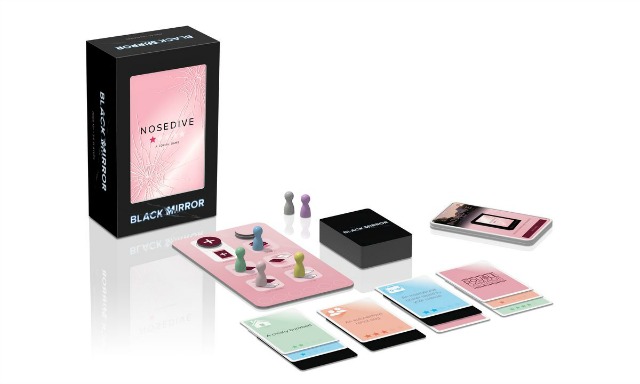 Black Mirror’s “Nosedive” episode was a story that has certainly stuck with us since it originallyÂ released in 2016, and we’re excited to re-engage with the story in a more lighthearted way with the Nosedive game.Will you be picking up a copy of Nosedive? What other Black Mirror episodes do you think could make a fun board game? Tell us in the comments below!