Is BLACK MIRROR's "Black Museum" a Cry for Help from Its Creator? - Nerdist

Is BLACK MIRROR’s “Black Museum” a Cry for Help from Its Creator?

“Why do we watchÂ Black Mirror?” is a legitimate question to ask after watchingÂ Black Mirror. It sure isn’t for catharsis. In an era of shows designed for binge-watching, Charlie Brooker’s bleak manifestos on modernity require at least a cold shower, a Zoloft, and a day to contemplate your life’s worth before diving in for another. With “Black Museum,” it feels like Brooker wants to know why we keep watching, too.Tourist trap-owner Rolo HaynesÂ (Douglas Hodge) is a stand-in for Brooker, hawking violent delights to any paying customer in his Black Museum, an establishment whose name is so close to the show’s title it gave me a migraine. They even share a wide array of artifacts from other episodes ofÂ Black Mirror, including the stalker costume and mugshot of the punished child killer from “White Bear,” the Arkangel monitor, and the lollipop from “USS Callister.” There’s even a shout-out to the tech that uploads old people to the cloud like in “San Junipero” (and the hospital Rolo once worked for was called Saint Juniper’s). The building is a physical version of the show.To lay it on even thicker, “Black Museum” is an anthology episode of an anthology series. It does not get more meta than that. 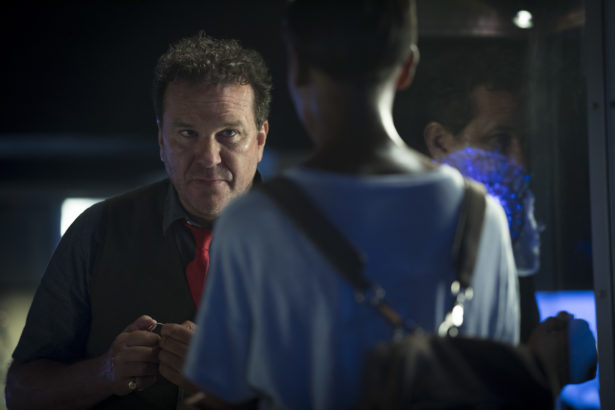 The episode is also a perfect capstone for a season that has dealt so frequently with what’s inside our heads (a monitoring implant in “Arkangel,” the memories in “Crocodile,” the virtual reality and people of “USS Callister”). These small stories about altering our brains and the dangers of empathy wrap the entire season up with a nod to Milgram’s infamous experiment where people shocked a human victim simply because an authority figure told them to.In “Black Museum,” there’s a component of public revenge (a Brooker favorite) added to the experiment to create Rolo Haynes’ top carnival attraction that allows people to harm falsely convicted killer Clayton Lee (Babs Olusanmokun) by shocking a digital copy created from his DNA. With a paying public gleefully inflicting pain on a digitally rendered innocent, it directly challenges us as an audience to question why we relish in watching the pain inflicted on theÂ Black Mirror characters digitally rendered on our TVs and laptops. It is an indictment of our support. 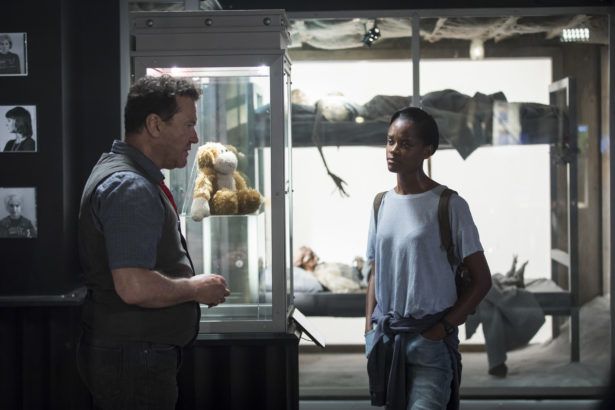 But before we get to the main event, we witness the tales of a doctor who goes insane feeling what his patients feel when he gets hooked on pain (based on Penn Jillette’s “Pain Addict”) and a comatose woman whose consciousness is placed first inside her husband’s brain and then into a stuffed monkey toy with only two shareable emotions.The story of Doctor Peter Dawson (Daniel Lapaine) offers at least one diagnosis for theÂ Black Mirror fanbase: that we long to experience pain, but can’t get the highest high off it unless fear is involved; when we can’t scare ourselves, we turn to a sick storyteller. The story of the couple who share a mind to let the wife (Alexandra Roach) survive offers another option: that we’re willing to pay a high price for the experience of empathy. To see what others see and feel what they feel. Good and horrific. 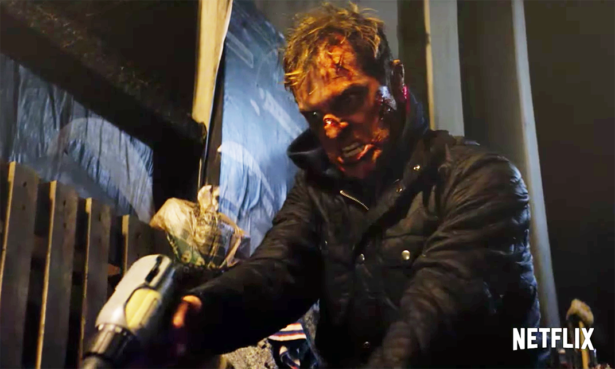 In both these stories, pressing the limits of empathetic experience leads to ruin. It turns out bingeing on too much of a bad thing can be disastrous. Taking pleasure in pain, having someone ride along inside your head, and touching raw empathy might be best in small doses. Unfortunately that’s not how the plots ofÂ Black Mirror or the experience of watching an episode normally play out. The main character almost always buckles under the weight of the science fiction miracle meant to make their lives better, and we go along for the ride (cold shower included).Nish (Letitia Wright) is us. The road-tripping revenge-seeker and sole paying customer at the museum represents the savvy audience member. She walks confidently, almost casually through the slideshow of horrors. She knows Rolo’s plot beats before he utters them (“This is where you say ‘but’…) and gets chastised for asking more questions “than the average bear.” She pays attention to details. She also ends up poisoning Rolo for imprisoning her father and killing him thousands of times. 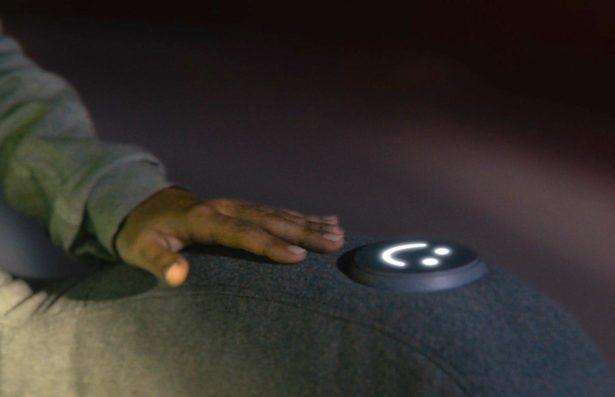 There’s a lot to unpack in this part of the story beyond the self-referential angle. Rolo’s bread and butter is the commodification not only of a black body, but of black pain. It’s something enjoyed by a mainstream audience that arrives by the busload as well as a niche band of racist sickos who Rolo has to physically block from sexually gratifying themselves at the sight of torture.All of it, including Rolo’s infinite screaming demise, goes to show that you cannot be a purveyor of pain without capitalizing on something that belongs to another person. To sell pain, it must first be inflicted, which would make Rolo culpable and complicit even if he wasn’t pushing the medical tech that created several of the monsters in his shop.ButÂ Black Mirror is fictional. It’s imagined. No one is actually getting hurt. No one real, at least. Yet “Black Museum” challenges our liminal appreciation of the fiction by applying one of the series’ favorite concepts directly to us. That concept is caring for digital and machine-based representations of people. From “Be Right Back” to “San Junipero” to several episodes this season, we gain a sympathetic appreciation for something we can’t be sure is sentient. Instead of watching one character wrestle with a digital character’s personhood, with “Black Museum,” we’re offered the opportunity to be the ones to wrestle withÂ Black Mirror characters’ personhood. To see what it says about us. 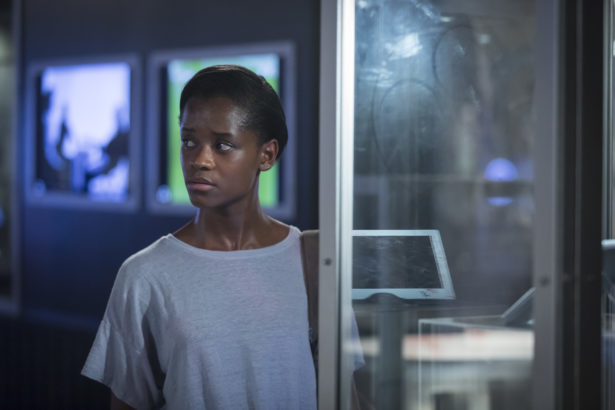 In short, why do we watch this show?That’s for each of us to decide, but if Nish represents us, Rolo represents Brooker, and the Black Museum representsÂ Black Mirror, it says a cursing mouthful that Nish poisons Rolo and lets the museum burn.Our only Black Mirror Joy-Binge Discussion Question for this episode: Are you okay, Mr. Brooker? Press the smiley face for “Monkey loves you” or the frowny face for “Monkey needs a hug.”