Being a professional ballet dancer is hard work. Like working at it beginning in childhood kind of hard. Also really hard? Being a professional stunt cyclist. Well, someone is out there in the world has put all the rest of us to shame, because she’s a professional cyclist who also does a full-on bicycle ballet. And in a castle no less.

Say hello to Stuttgart, Germany’s Viola Brand, who became a very accomplished artistic cyclist at a young age. She’s been doing this kind of cycling for twenty years, and has appeared on all kinds of TV shows and music videos. And now she’s posted the stunt cycle ballet she performed in a very fancy ballroom in a castle to her brand new YouTube channel (via BoingBoing). You can watch this extremely impressive feat below:

In the video’s description, Brand says, “This beautiful castle was made for doing a bike ballet video in there with the chandelier and everything. But wait, does bicycle ballet exist? I don’t think so, but since the video I would say yes. To be honest I was afraid of breaking the chandelier while doing the pirouettes.” 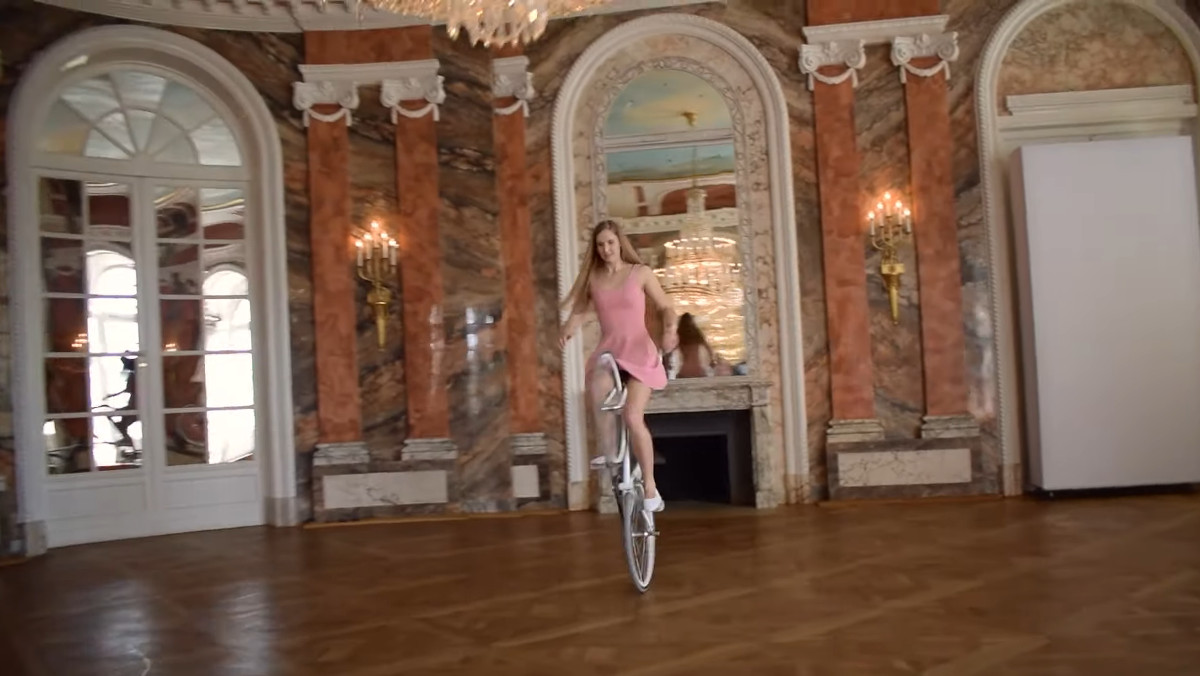 Brand only recently started her own YouTube channel this past August, and has already posted thirteen videos. While none of her other cycling stunts take place in a lavish castle, that doesn’t make them any less impressive. In one video, she performs a bunch of different bike stunts while riding around her university campus in Germany. In another, she uses what looks to be a school gym to do her stunt work.

Proving that she is human and fallible, however, she does post a video where she attempts to do a handstand on the water. And yes, she fails every single time. But you get all the points for trying, Viola. We know one hundred percent that we’d fail at a much higher rate than you!

For more of Brand’s videos, be sure to head on over to her YouTube channel.