Best Board Games of the Year - Mechs Vs. Minions - Nerdist

Best Board Games of the Year – Mechs Vs. Minions

Those familiar with the game League of Legends may have bee surprised to discover that 2016 was the year the popular videogame’s publisher Riot Games decided to enter the tabletop sphere. More surprising still, given this new venture, is how undeniably successful, popular, and fun debut board game, Mechs vs. Minions, emerged to be.  Never hitting the store shelves, let alone a Kickstarter page, and distributed solely through their website, it sold massively with production run after production run selling out and gamers receiving their orders in waves. For a company made famous for their digital game, their first attempt at an analogue game has met with incredible enthusiasm. 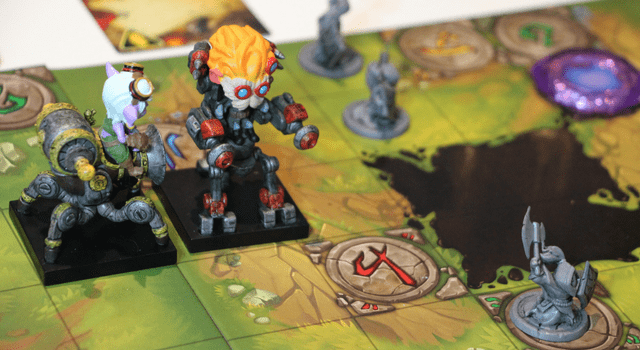 Set in the League of Legends universe, the premise of the game is simple. Players control mechs, and working as a team must defeat minions who spawn through various escalating scenarios. RoboRally fans will easily recognize the base mechanics: a set number of command slots in which players draft actions and during the activation phase must run through their commands in order. Turns, forward moves, and even attacks are built into this command line and if improperly slotted end up with mechs bumping into walls and attacking empty spaces.

Furthermore, wrenches are often thrown into the command phase through damage: Cards which cause players to reorder their commands, or worse still, replace commands thoughtfully built into the command line with moves and turns that were unintended (again, resulting in players having to readjust their strategies in order to either repair their mechs, make accommodations for the unintended moves, or end up playing a hilarious and strange game of bumper cars with allies and enemies.) 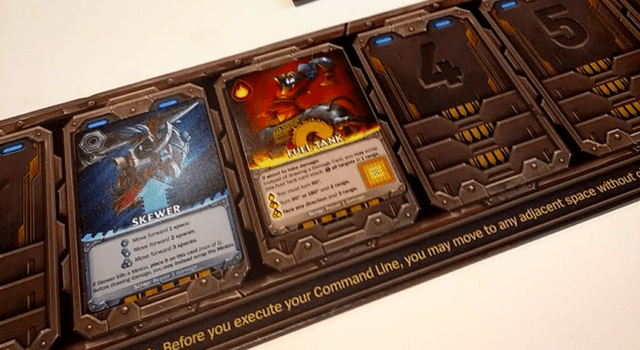 One cannot write off the success of Mechs vs. Minions due to its tie to its videogame counterpart. This cooperative game is pure fun. Even players who don’t know what the heck League of Legends is will get drawn in. The game is delightful, with scenarios coming in sealed envelopes and revealing themselves as though players were playing through a video game campaign themselves. Moreover, an audio drama can be played between each scenario, setting the stage for the battle to come. Each instance is filled with tension, whether it’s from the massive hoard of minions laid out during the scenario’s setup, the timed drafting phase in which players must both come to a consensus about what each mech needs to do that round and in turn draft appropriate cards for each player, or having to work through the unfortunately placed damage cards they must work around. While running through command line is where the game’s fun happens, the tense card draft and trying to work around damage is where the depth of strategy really shows. 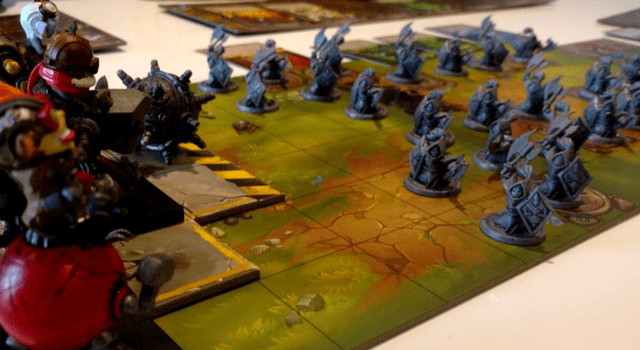 It seems like an understatement to say that Mechs vs. Minions is a truly immersive experience.  Players should beware as the game can draw you in so deeply that you could play through scenario after scenario in a single day, not realizing how time has passed until the grumbling of stomachs in hunger interrupts the game. Wins don’t at all feel like a given and when they’re earned it both feels like a true accomplishment for all the players. At the same time, defeats aren’t crushing. Somehow being faced with a command line full of damage that you can’t do anything about doesn’t resign players after a loss but makes them all the more eager to reset the scenario and try again. 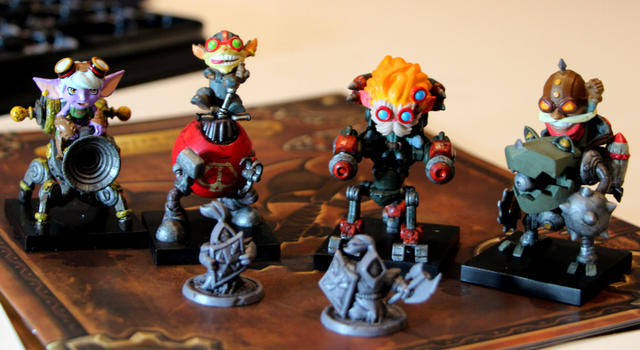 It’s easy to look at this game and measure it based on typical metrics. Sure, it has quality components (the fully painted mechs, the masses of primed and shaded minions, the modular game boards or the little quality components). Yes, the additional production quality (in the entertainingly scripted and voice-acted audio drama) is lovely and the simple yet deep mechanics makes the game accessible. But beyond all of that, there’s magic in this game.  Games aren’t just cardboard and plastic components. Mechs vs. Minions is exemplary of the kinds of delightful shared experience that makes gaming special, and that’s why it’s one of Geek & Sundry’s 2016 Games of the Year.

Have you played Mechs vs. Minions? Share your thoughts about it in the comments!

Teri Litorco has spent too much time this holiday season eating sweets, painting minis and playing games, and that’s ok by her. She has also written a book called the Civilized Guide to Tabletop Gaming, a survival book for gamers lauded by The New York Times. She also overshares on social media: : Facebook, Twitter, Instagram and YouTube.