Although we can only imagine what a White Walker’s hair is made of, we’re going to go ahead and guess some kind of bendable, springy ice threads. But while that may seem like just another fantasy world detail, it turns out making these kinds of flexible ice threads really is possible IRL. And a team of scientists has now shown that even we non-magical humans can make them in a lab.

Science News reported on the breakthrough, which a team of researchers described in a study published in the journal Science. Peizhen Xu of Zhejiang University in Hangzhou in China led the team aiming to show that fibers of cold ice a few micrometers or less in diameter could bend without breaking. And they most definitely achieved that goal.

In the video above, the scientists show how they’re able to manipulate one of the ice strands; using a grabber and holder (our terms) to bend a tiny ice fiber into a loop. Note that, despite the video cutting off, the fibers are also able to “spring” back into their starting positions. Meaning the deformation of the ice is completely elastic. 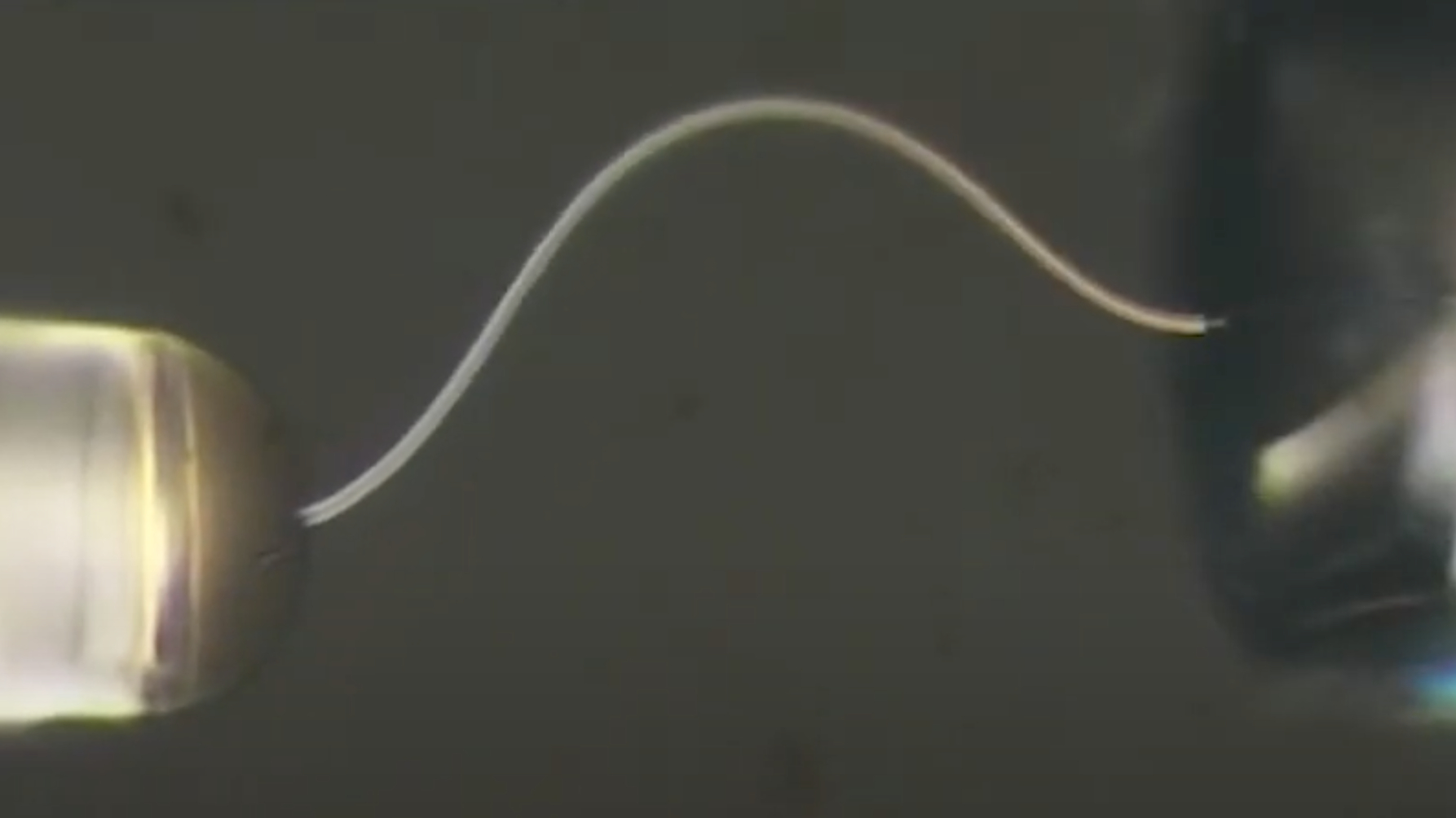 As for how Xu and his team made the fibers, the process required the use of a needle with with a constant, electrical voltage. The electricity from the needle, in turn, attracted water vapor within a chilled chamber. The resultant ice threads, while only a fraction the width of an average human hair, were obviously, however, flexible rather than brittle.

Incredibly, nature itself also produces these thin ice strands; appearing most notably on snowflakes. But those contain defects, such as cracks or misalignments. The scientists’ ice threads, on the other hand, consist of near-perfect ice crystals. Near-perfect ice crystals which, the scientists say, could work “effectively as state-of-the-art on-chip” light guides. Something that, frankly, sounds even more fantastical than anything out of the North. 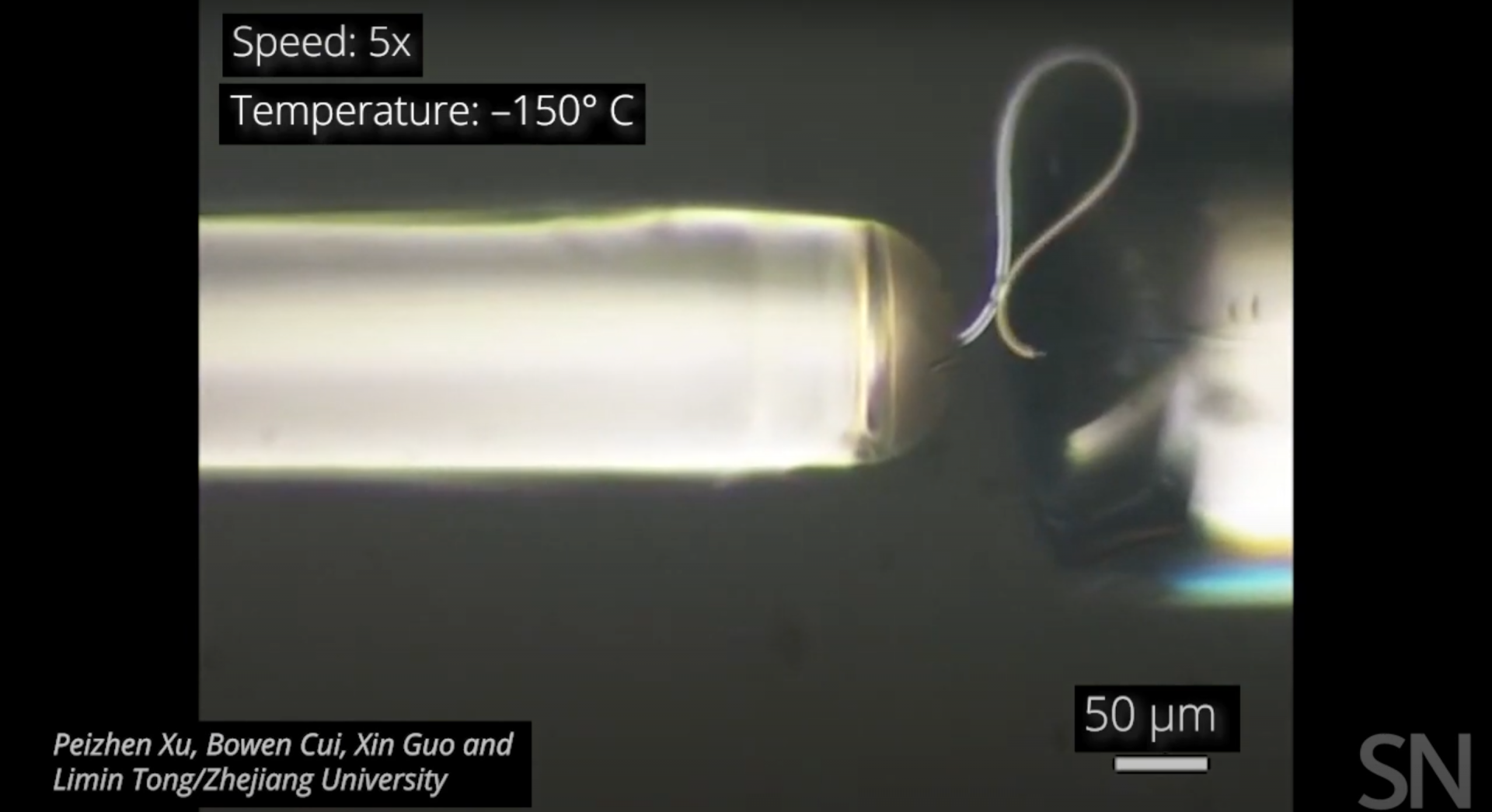