We Interviewed The Creators of This Superhero-themed, Magic: The Gathering-Inspired Collectible Card Game - Nerdist

We Interviewed The Creators of This Superhero-themed, Magic: The Gathering-Inspired Collectible Card Game

In a superhero card game world dominated, as in comics, by Marvel and DC, a void existed. A void for something original, something creator-owned, something fast paced and fun and with terrific art by Amanda Conner, Steve Ellis, and other creators.  Emergents: Genesis looks to fill that void by creating a game that simulates comics through deck-building mechanics.

This epic card game is the brain-child of two gamers. Brian David-Marshall  is well known as one of the broadcasting faces of the professional Magic: the Gathering circuit. His past lies in the comic book industry as the founder of Eternity Comics. Anthony Conta is also a Magic player who founded Urban Island Games, publisher of Emergents: Genesis.

I spoke to both of them about the origins, the gameplay, and the future of Emergents: Genesis. 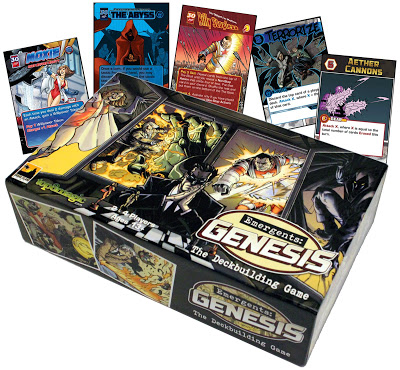 G&S: Where did the genesis of the Emergents story come from? Is this a story you had kicking around in your head prior to the existence of the card game?

BDM: The core characters of Billy Stopless and Moxie have been kicking around in the superhero section of my brain for a long time. A few years back, I had the chance to be the Chief Creative Officer at a digital games company and create a superhero universe for a digital game. I had a couple of characters that I had wanted to tell stories about for years, and rounded out a roster around Moxie and Billy. 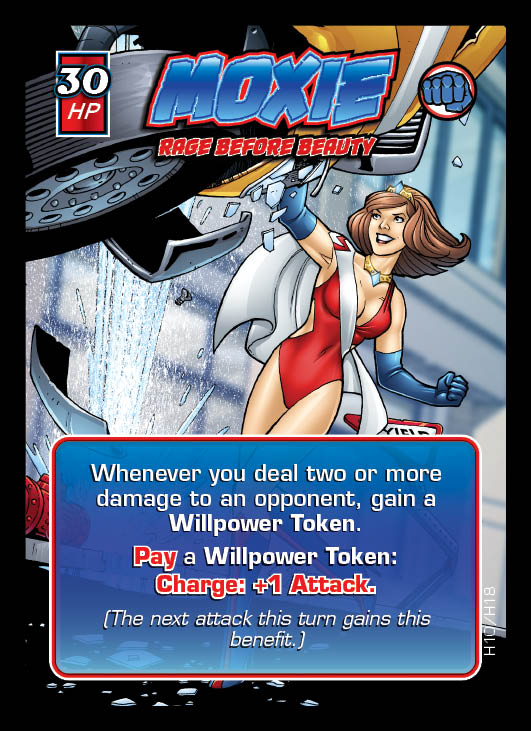 I ended up creating a world of superheroes that are called Emergents. Moxie, Billy Stopless, The Abyss, and Helios, collectively known as The Genesis Squadron, were the first four. They were gathered together by Aloysius Zeroth, a billionaire military industrialist and the actual first Emergent. At the time, his abilities emerged he was completely unique in that regard, but he traveled back in time to change history so that there would be heroes ready for when Earth needed them most.

That led to the Genesis Squadron, but it also led to many more Emergents. One of those was Helios’s son Phaeton, who in the absence of his father — who was off saving the world most days — developed his powers without any guidance and become the world’s first supervillain. Zeroth and the Genesis Squadron had to intervene and in the process of defeating Phaeton, who was threatening to incinerate the Earth’s atmosphere, killed him. 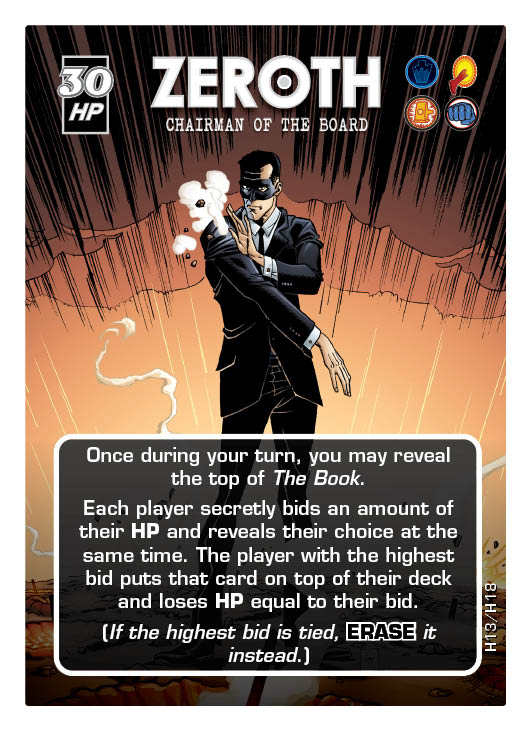 Helios was devastated and retired from being a hero to become Professor Helios of The Phaeton Project, an institute funded by Zeroth for the purpose of training young Emergents to use their powers and find their way in the world. With the next wave of superheroes — groups like The Upstarts and the time-traveling Meanwhile Squadron — making their presence known in the world, the other members of the Genesis Squadron followed in Helios’s example and joined him as faculty members.

G&S: Can you explain how the four factions differ?

BDM: Professor Helios is a Firesculptor, which means in the story he can control and shape fire into anything he can imagine. Characters in this world can manifest a “sculpting” power around different materials such as ice, metal, or even dreams in one specific case. The way sculpting is represented in the game is with the mechanic “Forge,” which lets you erase cards from the game for specific effects. 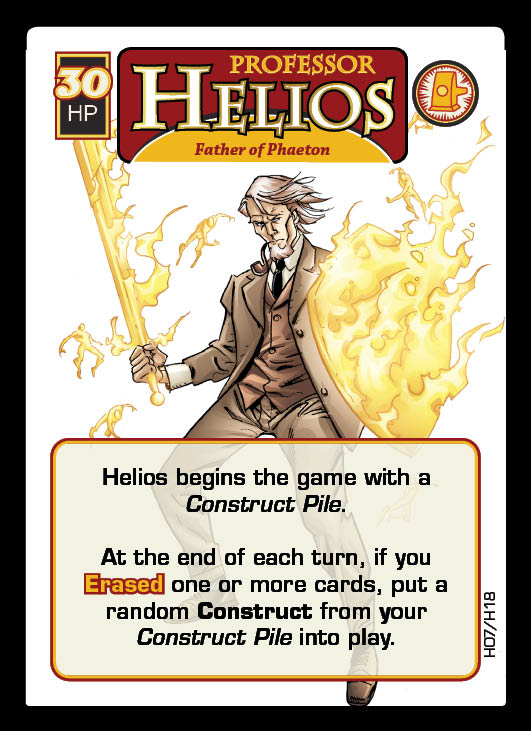 Moxie is the strongest character in the Emergents universe and the leader of the StrongHarm class. StrongHarms are represented in the game by the “Charge” mechanic which lets your attacks get more and more powerful.

The Abyss is the leader of the acolyte class in this world and they specialize in arcane knowledge, mastery of the mind, and turning your own attacks against you. Acolytes specialize in deck manipulation and counterattacks.

Billy Stopless is the head of the Non-Stops. They are probably the class I enjoy playing the most because you get to draw a lot of cards and are rewarded with the Flurry mechanic for playing as many cards of different costs each turn as possible. 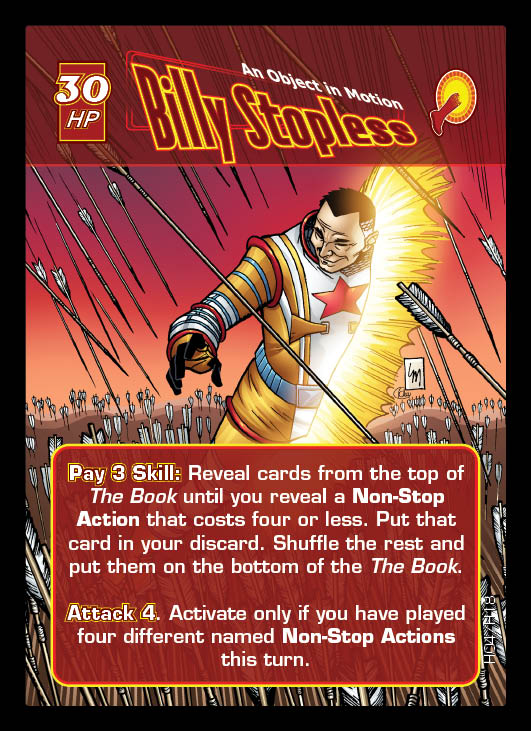 G&S: What can you tell us about the next Emergents set?

AC: Our next Emergents set will probably be featured around the Upstarts, who were a group of crime fighters in the ’90s that disbanded due to internal team issues.

BDM: Emergents: Upstarts features characters that are among my favorite that I have ever created. I cannot wait to play with The Crimeblotter!

G&S: I see that you positioned Emergents as one of a growing number of deck-building games. What made you decide to design it along these lines, and how does your game differ from the competition?

AC: Back in 2012, the game designers at Urban Island Games had been playing a lot of deck-building games. We loved the pacing and feel of those games, but didn’t find them particularly interactive – most of the time, we’d start our turn, do some cool things we enjoyed, then disengage once our turn ended.

Taking a cue from Magic the Gathering, we decided it’d be best if players attacked each other directly in some way. We created characters to play as, gave them health points to attack, and from there, built mechanics that would allow us to create interactive games where you stayed engaged every turn.

What makes us stand out in the crowded deck-building game market is this interactivity — this is a game where you’re forced to engage with the person sitting across from you. And really, when playing tabletop games, that’s what they should be about.