3 GM Tips To Help Restart Campaigns After A Long Hiatus

GM Tips is our series to help Storytellers and Game Masters improve their craft and create memorable roleplaying experiences. Last article we talked about really twisting the knife in dead PCs, and this week we tackle how to pick up a dead campaign after a few months.

Scheduling your weekly tabletop night is like walking into a den of vipers juiced on caffeine. Nobody’s schedule ever lines up, and on the rare days that games happen; a player is often short. This can start a snowball effect where a game doesn’t get played for a month or two. Another hazard is the fate of the GM, without them the game doesn’t happen at all. Life gets in the way and emergencies can take precedence over any form of imagination. Games can (and will) be delayed for a time until the proverbial band can be put back together again.

Once back together, everyone sits at the table and completely forgets what-the-heck is going on. Like a goldfish, we all forget how the hell our bloody powers work, and woe be it to the spellcaster in the group who will spend a week refreshing their entire spell list. If there were complicated plotlines, or you were neck-deep in the middle of a political NPC debacle, it gets even worse. No wonder that most games don’t ever restart the old campaign and instead trash it and launch something new. I believe there is merit in finishing your old campaigns and as I’m currently picking up an 8-month hiatus campaign, have some tips that are working rather well.

For starters, let’s not pick up your game in the middle of the last fight, or even knee deep in the Temple of Evil Cannibalistic Halflings. Players need time to get acquainted with their characters’ personality, their powers, and the world setting. If it’s been a while since the table has gotten together, even realigning your schedules and settling back into a routine takes a few sessions. Picking up any adventure in the middle of the last will throw wrenches into gears that you just don’t need. Ending your last storyline with a nice narrative fiction that ties up each character is a fantastic transition.

If you were at a critical plot point and you’re determined to finish that storyline; that’s okay! Ending the current mission with narration and resetting the group from the start is still better than keeping them in the middle. Have a cave-in collapse and force them to retreat back to camp, or a poisoning ends the very important dinner—anything to reset the mission from the start. Doing this will get the players back into the plotline and allow them to rediscover (or remember) important bits along the way and the NPC’s they’ve dealt with.

Get Back To Home Base ASAP 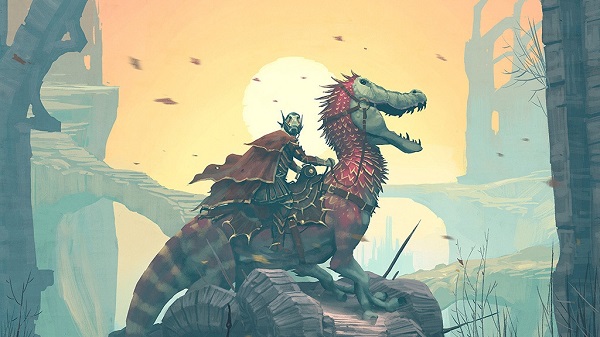 Speaking of NPCs, your world probably has tons of them (hell, you might not even remember half of them). Players will want to return to a favorite shopkeeper or pick up some quest that was important to them even if it was a minor footnote to you. If it’s been a particularly long delay, then everyone may forget why they’ve even been adventuring in the first place. All of these are really good reasons to head back to the village you began your game in. Nostalgia is a powerful motivator and it will warm everyone’s hearts to embark on a simple and straightforward mission.

Not only will nostalgia ground everyone back to their first mission, but it also gives the storyteller a chance to advance time. Out-of-game, time has moved on and perhaps there are new players at the table, or it been years since they’ve hit the same town they began at level 1 at. Relaunching your game is the best chance you have to showcase growth in the campaign world. NPCs have children, other ones die off, villains captured may now be farmers, and more ideas will have a profound impact towards getting everyone back in the mood.

Be Uplifting For A Bit

This is not the time for a meat grinder total party kill. Everyone is getting settled back into their characters and so the characters should take priority. Toss out the encounter charts and high difficulty missions for a few game sessions and let everyone get back to basics. If you push too hard, players may resist the challenge in ways you didn’t expect—by just quitting. Relaunching an old campaign is the time when you play softball as a GM until everyone’s feet are wet again.

The best way to do this is by going through the character sheets once again, and tearing through their old backgrounds they turned in. Find an uplifting sidequest that is personal to the party, or several if they come from different backgrounds. Revisiting old foes that have returned (and much easier to beat) the second time around is a chance to showcase character growth and get a few laughs about past adventures. Every story you tell for the first few weeks should both jog memories and re-immerse everyone to the world.

Have you ever picked up a long-dormant campaign? Let us know what worked for you in the comments below!