Become the Star of Your Own Story in Graphic Novel Adventures

Each week here at Geek & Sundry we take a look at new and upcoming exciting titles on Kickstarter! This week’s Kickstarter of the week is Graphic Novel Adventures by Van Ryder Games, which has surpassed its funding goal of $30,000 as of this writing.

Gamers and readers alike will soon enter the next evolution in game books: Graphic Novel Adventures, a set of five beautifully illustrated books packed with puzzles and engaging gameplay.

From the makers of Hostage Negotiator, each Graphic Novel Adventures book is billed as the ultimate solitaire game experience. They’re perfectly suited for a long airplane trip or for some quiet time alone. Each has zero setup time: just open the book, go to the first page, and you’re ready to star in your own graphic novel.

Captive, the first book of the series, was the reason that Van Ryder Games President A.J. Porfirio sought out the license for the gaming books.

“The art intrigued me and it was a gamebook where you read through and make your own choices, but with a really cool difference. It was like a comic or graphic novel with illustrated panels,” he said. “I found out that it had only been released in Europe and just didn’t get any real exposure in North America. So, I decided to see if we could acquire the license. Obviously, that worked out, with the added bonus that we discovered there wasn’t just Captive, but a whole line of books with many different themes.” 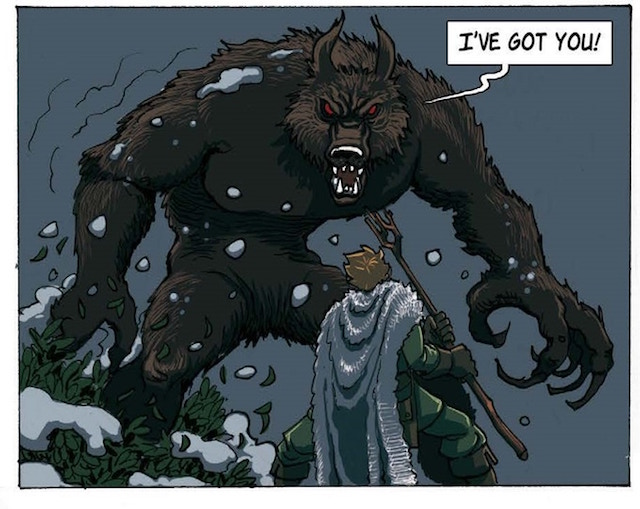 In each Graphic Novel Adventure, you’re placed front and center as the book’s protagonist. Starting with 20 skill points on your character sheet to divide among your Strength, Dexterity, and Will, your skills will increase or decrease depending on the actions you take during your adventure. You’ll also gain new abilities and equipment, but the obstacles and challenges will increase as well.

Unlike the original Choose Your Own Adventure books, this series incorporates clues into the illustrated pages. For example, a reader may notice a small number 12 in the corner of a room. If they go to page 12 of the book then there may item they were searching for or a note with vital information.

“That is just scratching the surface of what these books can and do offer. It creates a more sensory and more intuitive experience,” Porfirio said. “As the saying goes, ‘A picture is worth 1,000 words.'” 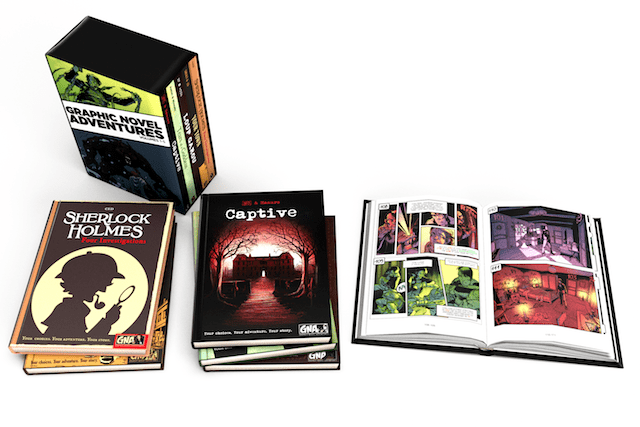 After acquiring the license for the five game books, Van Ryder Games’ development consisted primarily of translation from the original French.

“We learned a lot about working with translators, modifying and updating files with the translated text,” he said. “We had to ensure that there were no broken links in the story flow, that the puzzles and riddles worked, and a whole lot more little details that no one will ever notice, but that all works to bring the customers the best experience.”

“It really is humbling. The validation of the hard work we put in is really rewarding,” Porfirio said. “The excitement we feel when developing and bringing products to the market only goes as far as the excitement it brings our customers and our fan base. We are in the business of fun, and what better business is there that you can be in?”

What are your favorite gaming books? Tell us in the comments!