BEAVIS AND BUTT-HEAD Returning to TV

Beavis and Butt-Head have scored a return to television. Comedy Central has announced (in news we first heard at THR) it has signed “an expansive deal” with Mike Judge to bring the ’90’s icons back to TV. Judge will write, produce, and voice both characters on the new iteration of the series, which has already been given a two-season order.

However, this is not just a relaunch. It’s more of a re-imagining, along with new spin-offs and specials. The show will see the pair “entering a whole new Gen Z world.” The network says the series will include “meta-themes relatable to both new and old fans—Gen X parents and their Gen Z kids.” Maybe this time around the two will make fun of TikTok videos, which means some parents will finally learn what TikTok is. 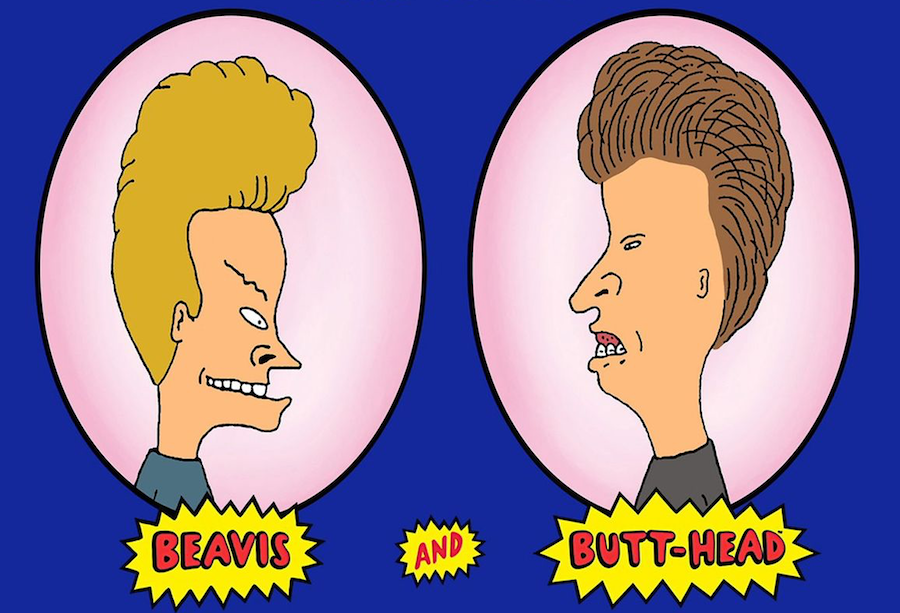 “We are thrilled to be working with Mike Judge and the great team at 3 Arts again as we double down on Adult Animation at Comedy Central,” said President of Entertainment & Youth Group Chris McCarthy in a statement. “Beavis and Butt-Head were a defining voice of a generation, and we can’t wait to watch as they navigate the treacherous waters of a world light-years from their own.”

Why now, though? The original series went off the air in 1997, and there was a very short revival in 2011. “It seemed like the time was right to get stupid again,” said Judge. Well, things are definitely stupid right now. But not the “good” kind of stupid that Beavis and Butt-Head provides.

We don’t know what the spin-offs and specials will look like. But Comedy Central recently announced Jodie, a spin-off series to Daria, which was itself a spin-off from Beavis and Butt-Head.

That’s a lot of scoring for Beavis and Butt-Head. Even if it’s not the kind they want.