Choose a Side in These Two-Faced Disney Portraits - Nerdist

Choose a Side in These Two-Faced Disney Portraits

Disney animated films often have an animal touch. Protagonists have creature sidekicks helping them through their journeys (we have a ranking of the best Disney animal companions here), and in some cases, the whole cast is comprised of talking critters, like with the The Lion King, or one of the main characters is a creature, like the Beast from Beauty and the Beast. Artist Dada taps into both the human and animal aspects of the stories with her beautiful color pencil illustrations of Disney and Pixar characters. The half and half portraits put characters such as Jasmine and Rajah from Aladdin side by side and prove two is better than one. The colored pencils add texture and layers, making Dada’s artwork all the more memorable and kind of realistic. For example, the Belle featured alongside Beast in the below portrait isn’t overly cartoon-y. She’s interpreted in a more human way, which makes the duality all the more striking. I’m obsessed. 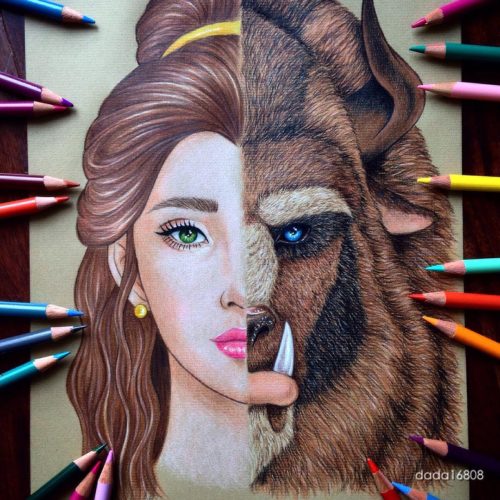 Hit up the gallery below to view more of these side by sides–including one non-Disney entry depicting the Batman and the Joker. If you find yourself needing to put the Disney dual portraits on your wall, you can purchase prints at the Art by Dada website. And her portfolio is so much bigger than these portraits. See all of her enchanting art at Instagram and support her on Patreon. You can also see her make her art on YouTube.

Which two characters would you like to see split into two? Tell us in the comments! 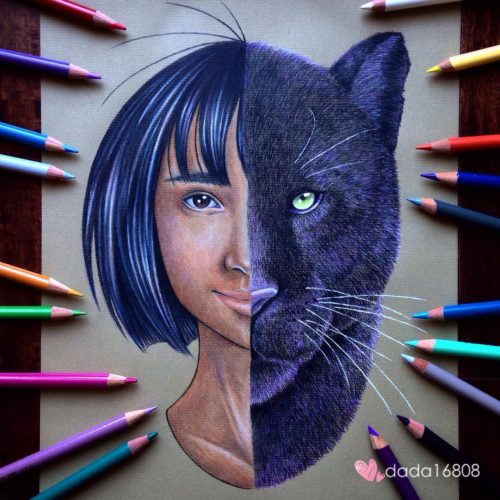 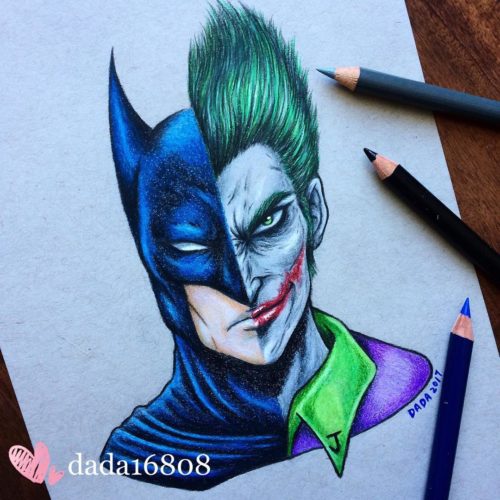