Kids all over the world love Build-A-Bear Workshop. But now, there’s a place for grown-up custom teddy bear lovers to create bears of their own. Welcome to The Bear Cave. Yes, it’s the name of more than one bar. But it’s also the place where adult (yes, 18+ only) Build-A-Bear fans can get their own plush animal friends. And many of them have a very geeky bent, with bears from the worlds of Marvel, Star Wars, and more. Here’s just a few examples of some “featured cave dwellers” you are definitely going to want.

From the Marvel Universe, the Bear Cave has an adorable version of the “Merc with the Mouth,” Deadpool. This online exclusive “Pandapool” can be found here, for the price of $28.00. Joining him is the Black Panther Bear (cross-species hero?), which will set Wakanda fans back $29.00. And last but not least from the Marvel Universe is Black Widow, priced at $21.00. 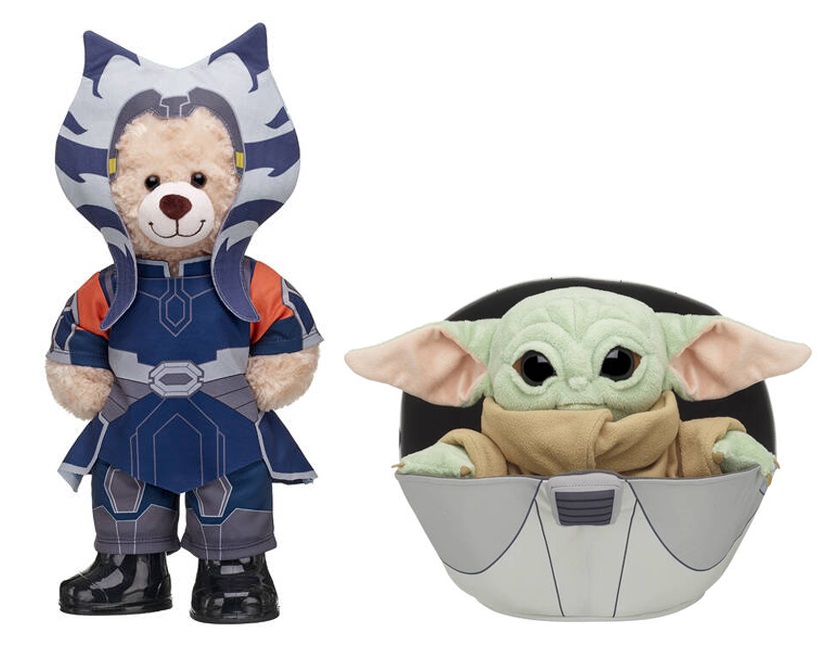 In the Star Wars galaxy, the Bear Cave is all about The Mandalorian. Aside from the titular bounty hunter (currently sold out), there’s also an adorable Baby Yoda/Grogu. There are multiple variations of the Child, starting at $52.00 The pint-sized Jedi comes with or without his pram, which is also sold separately ($35.00). And the former Jedi apprentice Ahsoka Tano has a very cool bear of her own, complete with her head tails.

If British sci-fi and fantasy is more your flavor, then the Bear Cave has got you covered. They have a very groovy Gryffindor student from The Wizarding World of Harry Potter, as well as the other houses of Slytherin, Hufflepuff, and Ravenclaw. Each of these is $79.00, with Gryffindor available for $77.50. And Doctor Who fans will definitely want this Eleventh Doctor Bear, complete with TARDIS, for just $54.65.

For more nerd-fabulous Build-A-Bears, be sure to head on over to the Bear Cave.