Choose Your Own Adventure Book Publisher is Suing Netflix Over BANDERSNATCH

Remember Choose Your Own Adventure books? The popular book series sent children on many fantastical adventures, like time travel through space or in search of the abominable snowman. The conceit let readers choose their next steps at every chapter break, providing a personalized, unique reading experience. That basic idea has been translated into other mediums, like 1995’s Mr. Payback, which let audiences vote on the outcome of the short film, and most recently with Bandersnatch, a film set in the Black Mirror universe and released by Netflix. The streaming film was a big trending topic over the holidays, but now it’s in a bit of trouble, as the original creators of the Choose Your Own Adventure series are suing NetflixÂ in federal court for copyright infringement.According to Variety,Â Chooseco LLC, the Vermont-based publisher of the book series, claims Netflix “exploited the brand awareness of the book series to launch the show.” The suit mentions that Netflix attempted to secure a license to use the Choose Your Own Adventure trademark over the last few years, but a deal was never officially made. 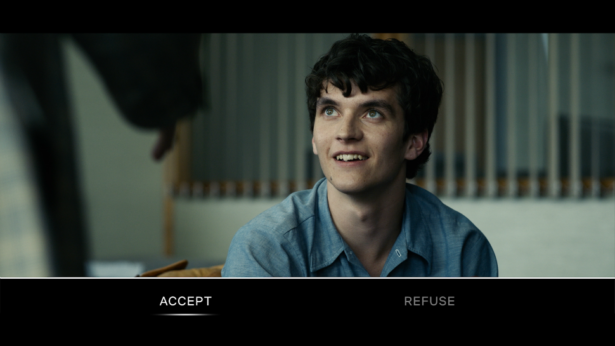 In Bandersnatch, a young programmer is adapting a famous and mysterious choose your own adventure novel into a video game, which sends him down a plight of morality and consequence as he digs deeper and deeper into the meaning of free will. The film gets bloody and violent, which is part of the reason Chooseco has chosen to sue, claiming the disturbing nature is inappropriate for young readers and that the adult imagery “ tarnishes” the Choose Your Own Adventure brand.â€œThe misappropriation of our mark by Netflix presents an extreme challenge for a small independent publisher like Chooseco,” said Shannon Gilligan, widow of Choose Your Own Adventure creator R.A. Montgomery, in a statement. “The use of Choose Your Own Adventure in association with such graphic content is likely to cause significant damage, impacting our book sales and affecting our ability to work with licensing partners in the future.”The suit also notes that 20th Century Fox recently optioned the rights to create a film based on the series, which is currently in the works. Netlix has yet to comment on the suit, but we’re sure if given the option, they’d choose to bury this one and move along.