A BABYSITTER'S GUIDE TO MONSTER HUNTING Is a Witty Delight - Nerdist

A BABYSITTER’S GUIDE TO MONSTER HUNTING Is a Witty Delight

What is a monster? For some people it’s the classic inhuman being from nightmares and myths with all the worst intentions. To others, a monster isn’t an entity but rather something that haunts from the inside. One’s monster might be insecurity, social awkwardness, or some sort of experience that makes them shrink into a figurative box. A Babysitter’s Guide to Monster Hunting blends a bit of typical monster fun with a larger story about friendship, confidence, and facing your fears. The film is written by Job Ballarini, who also penned the book trilogy of the same name.

Fantasy-, sci-fi-, and horror-centric coming-of-age adventures into unknown worlds are typically anchored by boy characters. But A Babysitter’s Guide to Monster Hunting puts Kelly Ferguson (Tamara Smart), a brilliant Black girl, at the center of all the action. Kelly is a math whiz outsider whose peers call her “Monster Girl,” defining her by a strange experience at five years old. She’s upset about being voluntold to babysit her mom’s strict boss’ precocious son Jacob (Ian Ho) on Halloween night. But this task leads her to discover her own natural powers, bravery, and a set of new friends who understand what she’s been through. The quest to find Jacob after monsters kidnap him introduces Kelly to Liz Lerue (Oona Laurence), an Order of the Babysitters who will help her find Jacob. 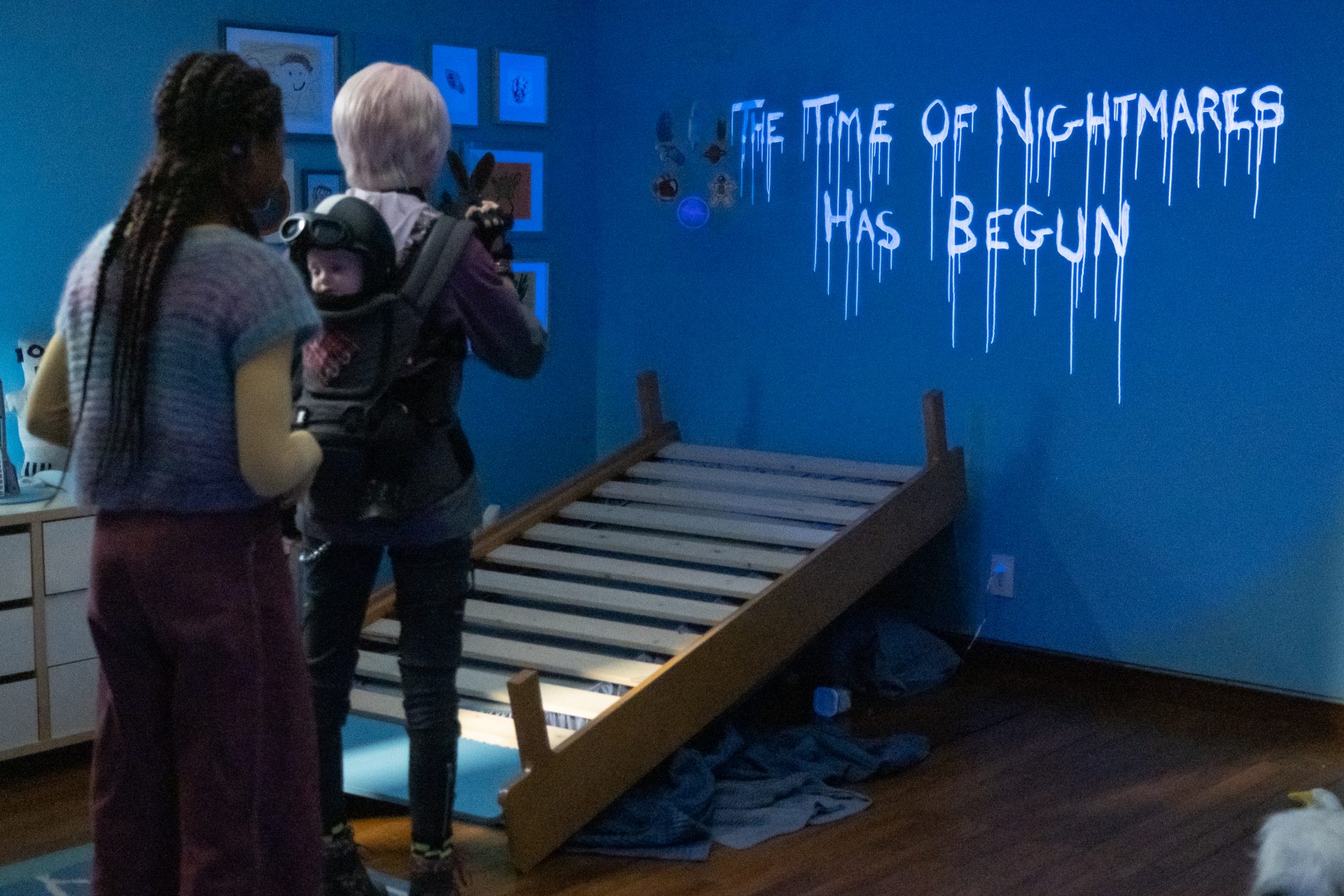 She meets Liz’s crew and eventually shows them why she deserves to be a part of their collective. Kelly plays her many character roles well: the incredulous audience surrogate, the clumsy and somewhat clueless sidekick, the agent of change, and finally, the teen hero who realizes her own magic in the nick of time. Liz simultaneously approaches letting down her guard and facing her greatest fear and family heartbreak.

Together, they form a funny, at times awkward, but frankly adorable friendship. Kelly encourages Liz to keep looking for a solution even when things seem hopeless. She provides bits of encouragement to always keep a moral center. Liz helps Kelly reframe how she sees herself and others. She rightly points out that those cool kids are actually insecure and being different is not only okay, but pretty rad. Their collective turning point comes when they realize that their past feelings of hopelessness and lack of control can all change in one night.

But what really drives Kelly is confronting her biggest fear face to face. The monster from her reality plays on her inner monsters of self-doubt and fear but she doesn’t give in. She goes for the gusto and uses her math skills to gain the upper hand; however, what really saves the day is her aiding Jacob in taking away power from the monsters in his dreams. They both have a breakthrough and Kelly is set to keep fighting future monsters. 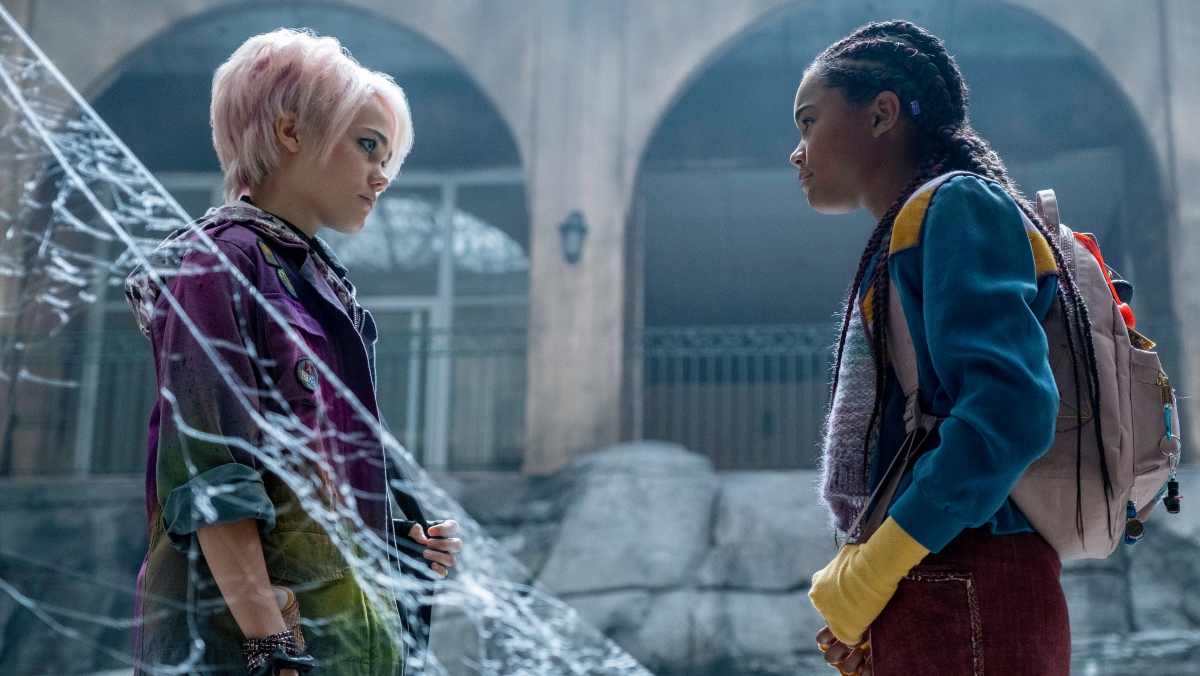 A Babysitter’s Guide to Monster Hunting subverts an ever-present YA movie trope. Yes, Kelly has a crush on Victor, the most popular boy at school. But instead of Kelly tripping over her own feet (literally or figuratively) to make him notice and like her, Victor is the one who pursues Kelly. She doesn’t have to change who she is or pretend to be someone else to grab his attention. He likes her for being smart, quirky, and unique. And, even when he makes his move, Kelly is secure enough in herself and her mission to read the Babysitter’s Guide to not drop everything for him.

The film’s antagonists are perfect for a kid-friendly comedy horror. Director Rachel Talalay of Doctor Who and Nightmare on Elm Street fame introduces each foe with a mix of creepy angles, sinister settings, and a lot of campy style.  Tom Felton softens The Grand Guignol’s extremely creepy face with lots of humorous beats. The somewhat inept leader of the Toadies represents a typical bully: someone who leans into cruelty to mask their own shortcomings.

Indya Moore also shows up in rare form as Peggy Drood, the cat lady witch with a sinister background and big Effie Trinket energy. Moore brings a glamour and mysterious magic to Drood, who steals the show despite having a far too short time onscreen. The film’s ending sets up for a sequel and, if it happens, Peggy needs to play a much larger role.

Overall, A Babysitter’s Guide to Monster Hunting is more than just discovering that monsters are trying to nab kids. It’s about facing terror, leaning into your natural abilities, and connecting with people who bring out the best in you.