Baby Giraffe Discovering Its Shadow Is a Tall Glass of Cute

While giraffes are exceedingly majestic at an average height of somewhere between 16 and 19 feet—with their necks alone making up more than a third of that height—they’re quite goofy as calves. In a classic display of said goofiness, here is a baby giraffe discovering its shadow for the first time. And, it seems, attempting to make friends with it. As every baby giraffe seeing its shadow for the first time should.

Digg picked up on the Cute Encounter of the Tall Kind, which zookeeper Mark Mills captured at the Monarto Safari Park in Australia. The giraffe calf (today’s phonetically fun phrase!) is so young keepers have yet to name her. Although at nearly a month old, we’re guessing Monarto’s keepers have some ideas in mind.

In the video, Mills captures the moment the nameless calf first discovers her lanky shadow against sunlit dirt. The calf, which we’re guessing is about six-feet tall based on the average height for giraffe calves, is immediately intrigued; plunging her long head toward the dark, moving shape on the ground.

At about half way through the clip, the calf attempts contact—tapping her front leg several times against the shadow. After there’s no response, however, she immediately looks up toward Mills. With eyes and a face that could melt steel, let alone one’s heart.

Unfortunately, the nameless calf will be mostly out of sight for her infancy even for folks in Australia. Monarto keepers wrote in an Instagram post that “the wild population of giraffes is in such a vulnerable place right now” and that they’re being cautious because the calf and her mother haven’t fully bonded yet. But when the little giraffe does finally enter into the limelight as an adult, we think she may like it. We know she’ll like the shadow it creates around her, anyway. 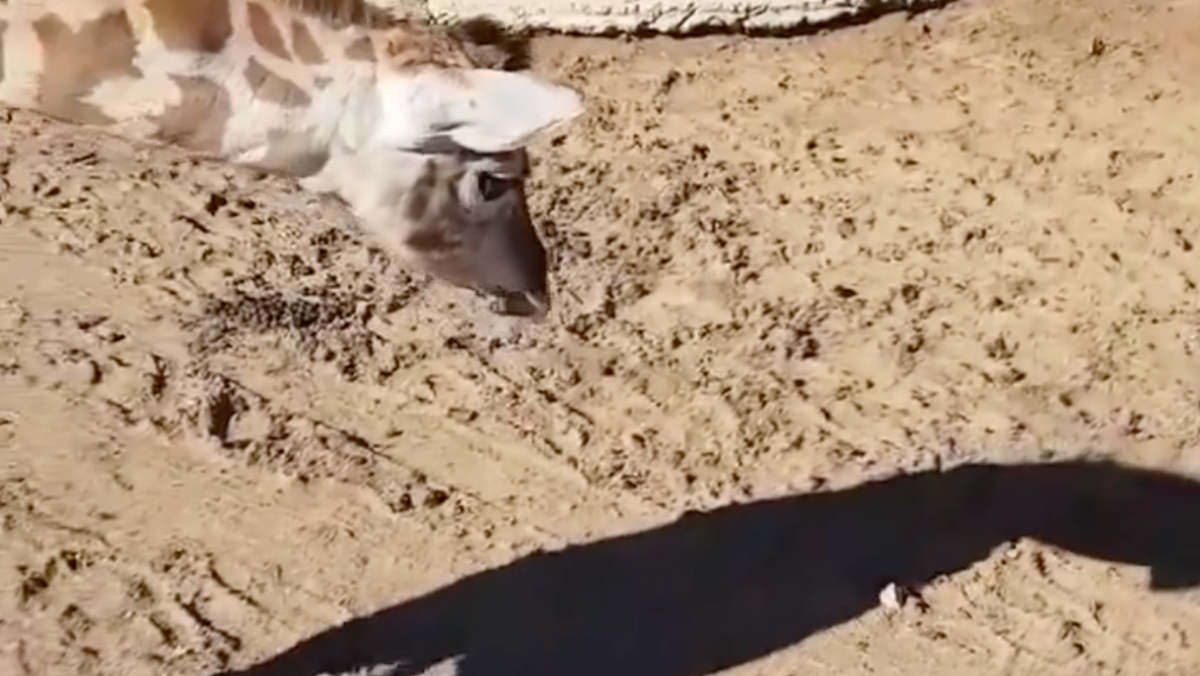