THE SHADOW OF KYOSHI Continues the Powerful Avatar's Story - Nerdist

THE SHADOW OF KYOSHI Continues the Powerful Avatar’s Story

When Avatar: The Last Airbender introduced Avatar Kyoshi as a statue and then as a vision, fans stood up and took notice. She made an impression. The book The Rise of Kyoshi by F.C. Yee looked at the character’s origins and history. She was the longest-living Avatar and established the Kyoshi Warriors and founded the Dai Li. And now, we have the next chapter in her story with Avatar, The Last Airbender: The Shadow of Kyoshi—also by F.C. Yee. Her place as the Avatar is sturdy, but now Kyoshi is on her own. She has to protect the Four Nations from a threat emerging from the Spirit World.

Yee related to Nerdist how Kyoshi first came into his life and how he developed the character. He worked with Michael Dante DiMartino, the co-creator, executive producer, and story editor of the animated TV series on the book, too. Yee had the challenge of bringing the very visual language of bending the elements to the page, and he shared how he did so in the book. Read his thoughts below. 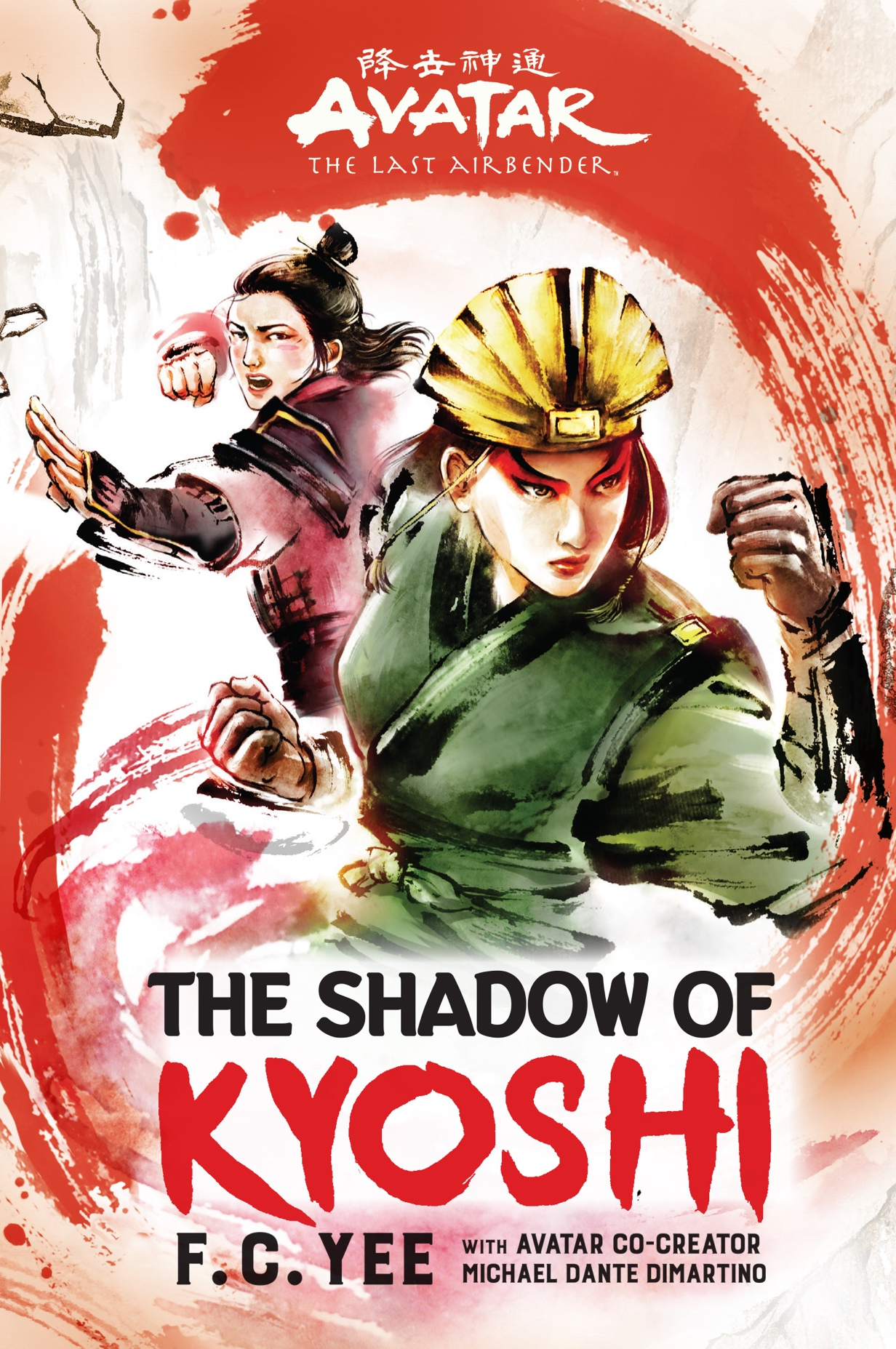 Avatar quickly became one of my all-time favorite shows back when I first watched the series. Somewhere on an old lost hard drive, next to my expired Final Draft Pro license, lies my spec script for Avatar that I wrote while watching season two. While TV writing turned out not to be in the cards, the Avatar franchise stuck with me (as it’s done for so many people) even through the years where I was creatively fallow. My debut novel, The Epic Crush of Genie Lo, ended up being an action-adventure-comedy with Asian influences. That is no coincidence.

I wasn’t present for the origin of the Kyoshi novels. My publisher and Nickelodeon worked on a proposal for two books about Kyoshi before asking me if I was interested. I don’t know if Kyoshi came up because she was the next Avatar down the line that we knew very little about at the time, or because everyone involved with the proposal had exceptional taste, but there it was—a chance to write about my favorite “prequel” character for one of my favorite media franchises.

The show establishes characters and makes them iconic with such great economy. In a few short appearances, we learn Kyoshi is venerated, she is blunt and unbothered to a fault, and that she considers justice one of the highest goods. I worked on her character with those qualities as a destination and tried to figure out what changes to get there would be interesting to read about. That need for a character arc is very much the origin of her tragic backstory. Someone as hard as Kyoshi is as an adult probably went through some rough times when they were younger.

On panels I often talk about the difficulty of capturing the movement and energy of bending in prose but describing Kyoshi’s bending was a story challenge as well. In the show we see her perform some of the most spectacular in-universe feats. Someone that powerful is rarely going to be in personal narrative danger, plus we all know she lives the longest life in the entire setting. The way I approached her growth in power and tried to make it interesting is split out over the course of the two books. In Rise, she has to come to grips with her desire for strength. In Shadow, she has it in spades, but how is she going to end up using it?

The other factor I tried to apply to the books was the Avatar world being a living, breathing setting that will keep on going even when the protagonists are absent. The precedent is set in the opening credits of the show, and I think this is one of the things that has kept Avatar so relevant to its fans over time. In so many cases in fiction, it feels like the surroundings vanish when the main character isn’t there to observe them. The depth of Avatar’s world building and the structure of its plots renders that disappearing act impossible. If there’s anything I hope readers take away from the books, it’s that the same applies in our lives. Our world turns lack of action into a choice. It makes all of us relevant, whether we want it to or not.

Avatar, The Last Airbender: The Shadow of Kyoshi will be available on July 21. You can pre-order the book now.