No Astronaut Has Ever Eaten Astronaut Ice Cream in Space - Nerdist

No Astronaut Has Ever Eaten Astronaut Ice Cream in Space

Shut it down. Shut NASA down, along with any and all future attempts at space exploration. Turns out the whole damn thing has been a lie this entire time. No, we’re not talking about the moon landings. Those definitely happened. And this has nothing to do with those UFO sightings no one can explain. This scandal is much bigger than Neil Armstrong, aliens, and government secrets. This is about desserts and broken promises. No astronaut has ever eaten astronaut ice cream while in space.

The New York Times recently published an otherwise great story (we first heard about at Neatorama) about space cuisine. It covers the dining options and cooking techniques used to feed astronauts. Unfortunately, the piece also includes a devastating bit of information we hadn’t heard before. What we have always thought to be astronaut ice cream—those freeze-dried, crumbly Neapolitan bars (or any other version you might have tried over the years)—should really be called “flavored Earth cardboard for gullible consumers.” Those cosmic snacks have never actually been consumed by an astronaut while in outer space. 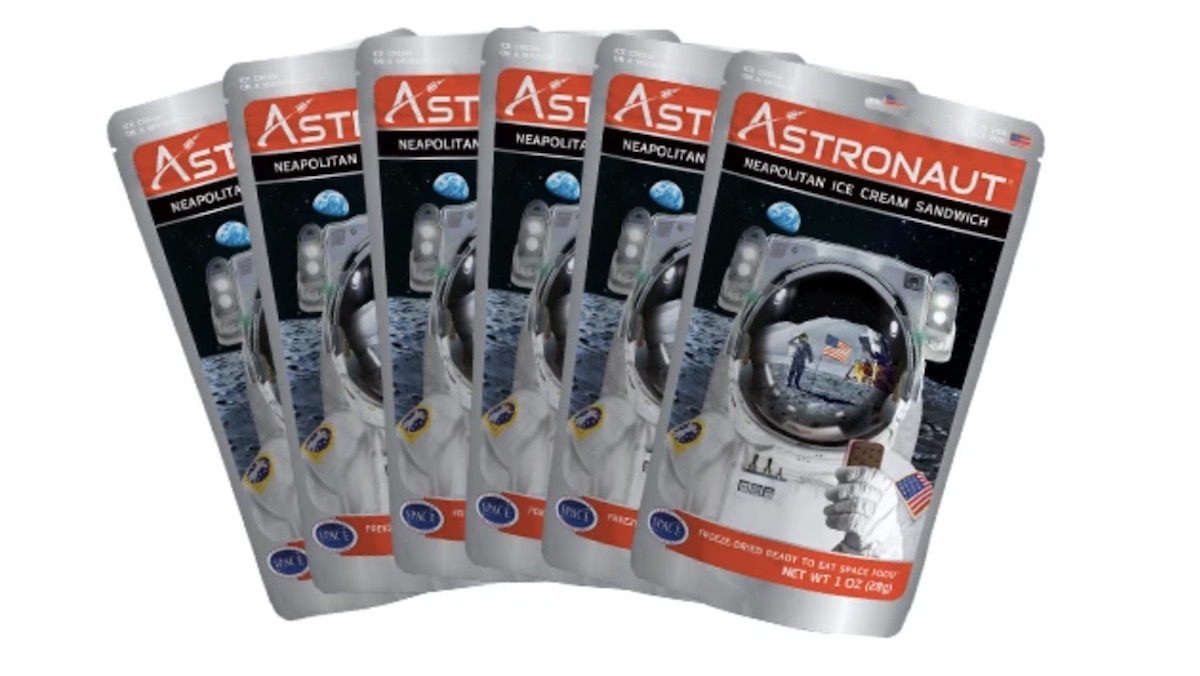 Yeah, go ahead, take a second. We know this is a lot to digest. Or should we say “not ingest.” Especially because you’re about to be even angrier. From the Times story:

“The freeze-dried ice cream was indeed developed in 1974 for NASA – for the gift shop in the agency’s Ames Research Center in California. The company that makes it, Outdoor Products of Boulder, Colo., now sells a couple million of them a year.”

More than 46 years and they couldn’t get one astronaut to eat one in space! I want a tax refund or a gift bag or a ride to the ISS. This is absurd.

If they aren’t going to shut NASA down, I demand the agency build a time machine. They must go back to apologize to ten-year-old me. And also to 26-year-old me who bought the “astronaut” cookie ice cream sandwich at the Smithsonian. I thought I was eating the same dessert as the astronauts. I was really just eating a lie.