Ask The GM: Both Sides Of The Screen - Nerdist

Ask The GM: Both Sides Of The Screen

Straight talk for a moment. Have you ever lost your table to another GM? Have you ever had a storyteller kick you out of your own game, only to keep running the same game without you? Or even… have you ever been that storyteller that had to make this call?

Not only can this destroy friendships or cause entire rifts in a gaming community—it can shred your heart. When you are playing in another storytellers world, you are dancing around in their imagination. So you’ve gotta watch where you step.

I’ve watched games end in tears, and I’ve had to step in and take a game over. I’ve tried to stitch together fallen friendships due to a game break. We’ve also recovered from it all. So when Satine and Eric Campbell had an episode GM Etiquette on both sides of the screen, it hit a little closer to home than I would’ve liked. Eric Campbell has glorious insight into the types of games that will often cause problems, and often times, it is in the roleplaying heavy games. I feel that’s because the players have more connection to their characters.

This is to me, one of the more important episodes of GM Tips so far. The message between the lines helps us navigate drama, potential fallouts, and how to deal with negative situations.

Setting boundaries with players (and other storytellers) is paramount. Satine highlights all the merits of why you need them. Instead of rehashing why they are needed, here are some practical ones to get you started. In my past LARP’s these boundaries worked best to avert some of the disasters I’d seen prior (or learned the hard way.)

Satine, what are some of the boundaries you set in your games? 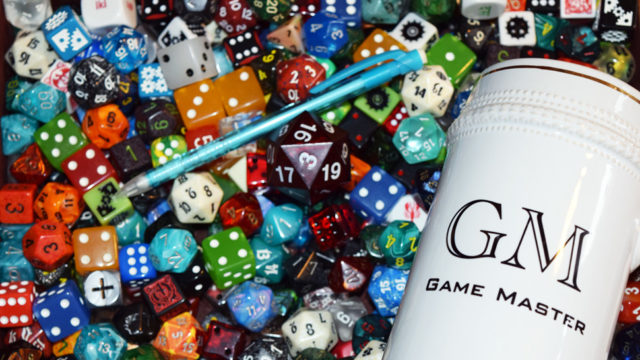 OMG… it’s happened! For 17 years you’ve been waiting to play a damn game, and you found some poor sucker you’ve convinced to GM! But, with this gift comes extra responsibility.

What is the best way for a GM Player to help the game? Is it pre-rolling dice? Helping speed along the rules? Or even tying your character with other players?

Everyone who is new will follow your lead and Satine is 100% right when she says you must lead by example, even if that means standing up for your new players.  I’ve found that taking the edge off GM work is really helpful. Come up with names for your family, backstories, maybe even present a town. The GM will muddle and change it of course, but giving them fleshed out names and stats for the system you are using saves them the time. It also enhances the tie between player and GM (and thus that of the character and storyteller.)

On the flip side of that GM Screen:  You’re in a pinch. A group of players, with another GM are playing. Rather than follow your plotline; they’ve taken player agency to the extreme and have crafted their own adventure in your world. This destroys mountains of your work. Do you think this is good or bad? Do you feel they should be put back on track or let to run wild? Or would you secretly put them back on the track? For me, I feel strongly about player agency, and rather than hard-route them back on into the right sandbox, I would take a quick break to contemplate the consequences of their actions. Satine offers this insight:

“Absolutely it’s my responsibility to get the players back on track. The GM sets the bounds of the world. The GM allows the wandering. Decide what kind of game you want to run. Do you want the party to wander around and do what they want? Design accordingly. Do you want the party to follow your story? Design accordingly. You have the reigns to the story. You provide what your players need to want to maneuver one direction or another.

If your players truly want to go into a different direction, talk to them and find out what game they really want to play. If you still want to play with them, you’ll need to maneuver your story in that direction.”

Sometimes, it doesn’t work out. A GM at the table and your style just clash. The boundaries have been violated, and the game is just tanking. I really wanted to hear Satine’s take on this, so I asked her these questions: Do you think it’s wiser to keep the game running and ask the player to leave? Or is it better to rebuild the party and start a new fresh game?

“Every situation is different, but all situations need to be discussed by the GM & player. If you are a GM who doesn’t mesh with the players, then it might be time to find a new group. If it’s just one player, perhaps you should discuss the issue with that player. If it can’t get resolved, you have a few choices, two of which are: Ask them to leave, discuss with the whole group and ask them what they would like to do.

If I had to go through this, I would probably feel like I failed somehow, but the reality is that not everyone gets along in all situations. Maybe your best friend and you have a blast at everything except playing together. What once was fun, sometimes changes and becomes frustrating. Always talk it out and be honest with yourself. There are tons of people who want to play but don’t have GMs or groups. The end of one story is the beginning of another.”

It’s great advice. The end of one story is the beginning of another. As time moved on, we found groups and styles for all players, rebuilt our community, and found our stride. We also learned each other’s storytelling styles. But it takes honesty, boundaries, and communication.

What do you think about Game Masters as players? Do you have a gaming experience you would like to share or some boundaries? Tell us in the comments below.