The ocean is terrifying. It’s full of weird animals that would put even the most twisted science fiction writers to shame. But it’s also full of beauty and wonder. Some of those very same creatures also show nature at its most inventive best. Now one British artist has managed to capture each aspect of the sea in a single piece. He constructed a giant, glowing, inflatable deep sea isopod puppet.

It’s a way to enjoy the wonder of the ocean from the relative safety of land.

Artist Tim Davies has built a massive working puppet of a deep sea isopod (which we first saw at Laughing Squid). It rests on a puppeteer’s shoulders and  measures a whopping 23 feet long and stands more than 16 feet high. The creature also features animated head, tail, and feelers, giving it a freedom of movement that makes it look as though it is gliding through the deep cold waters of the ocean. The overall effect is a replica that is both accurate and wonderfully exaggerated.

But thanks to built-in LED illumination and an animated digital LED pixel light scheme, this work truly comes to life at night. That’s when the colorful fabrics of this performance piece really pop.

This is not the first deep sea creature puppet Davies has crafted like this. He previously built a gigantic inflatable octopus.

It’s beautiful during the day too. But like his isopod you must see the octopus puppet at night to truly appreciate its full beauty.

You can see more of both works and how they were made at his official YouTube page and Instagram account. The one place you can’t see either is in the actual ocean. And that’s for the best. The ocean can be beautiful, but it’s less scary to enjoy its beauty on land. 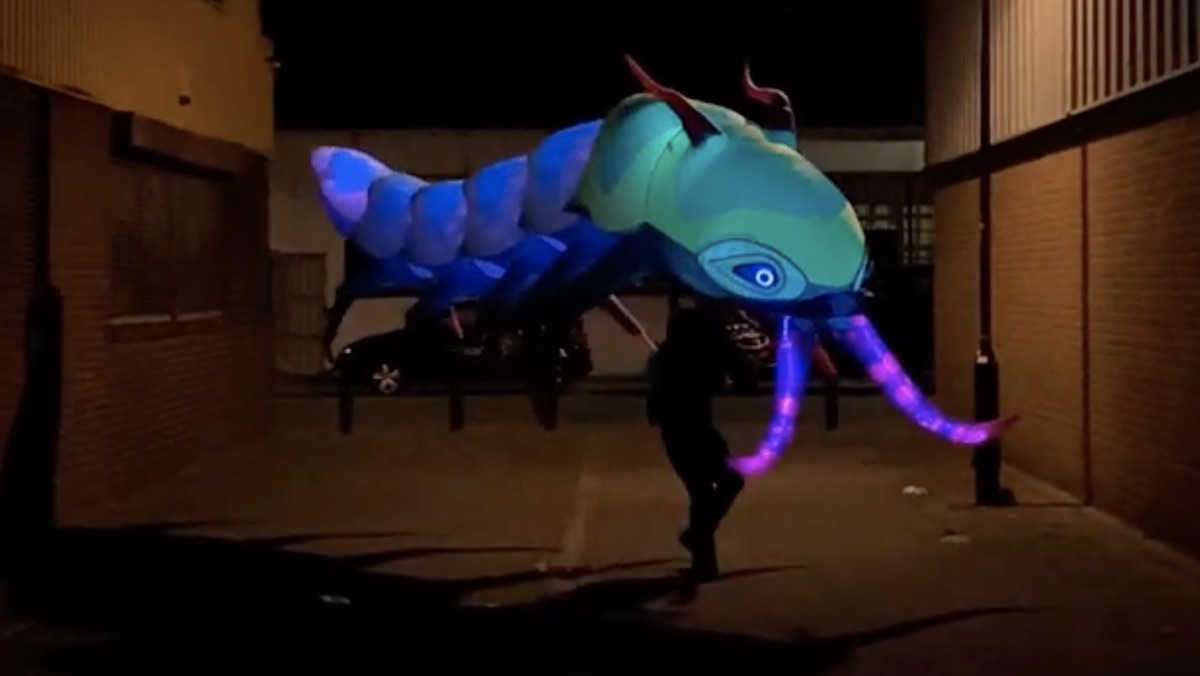