Vox Machina’s journey in the first Critical Role campaign took them all over Exandria. Critters got their first official, detailed look at the continent of Tal’Dorei in the Critical Role Tal’Dorei Campaign Setting, but fan and professional cartographer Deven Rue took it one step further. She created a gorgeously intricate map that makes Tal’Dorei practically leap off the paper, depicting a lush, compelling world that looks prime for adventure. 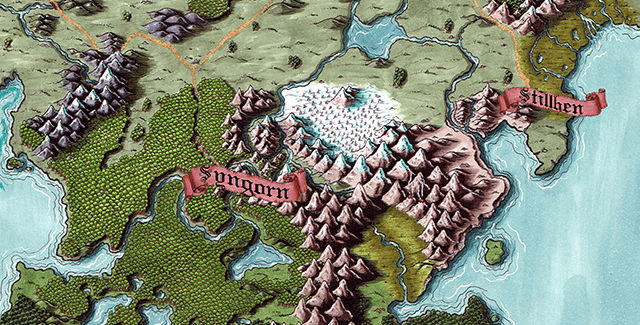 Deven has been a fan of the show since about eight months into the live stream, but she’s been drawing Dungeons & Dragons maps since she was a teenager.  “My very first map was made to help settle an argument during a D&D session where us players were debating where we were in the world,” she recalls. “I drew a very crude map of circles for towns, lines for roads, dashes for when we went off the road, and x’s for encounters.”

She continued to doodle on the map during the rest of the session, and the Dungeon Master took notice and used it for the rest of the campaign. But it wasn’t until much later that Deven realized she had a knack for mapmaking. “When I shared my hand-drawn map of Skyrim it was suggested I create maps for a living,” she says.

While she had wanted to illustrate a map of Tal’Dorei for some time, it wasn’t until the campaign setting was released that Deven felt ready to take it on.  “I wanted to create the map long before the guide came out, but there was so little information on what it looked like, and I like to keep things as close to the DM’s vision as possible,” she says. “So the moment I heard there was going to be a campaign guide, I knew I was going to make the map based on that information.” 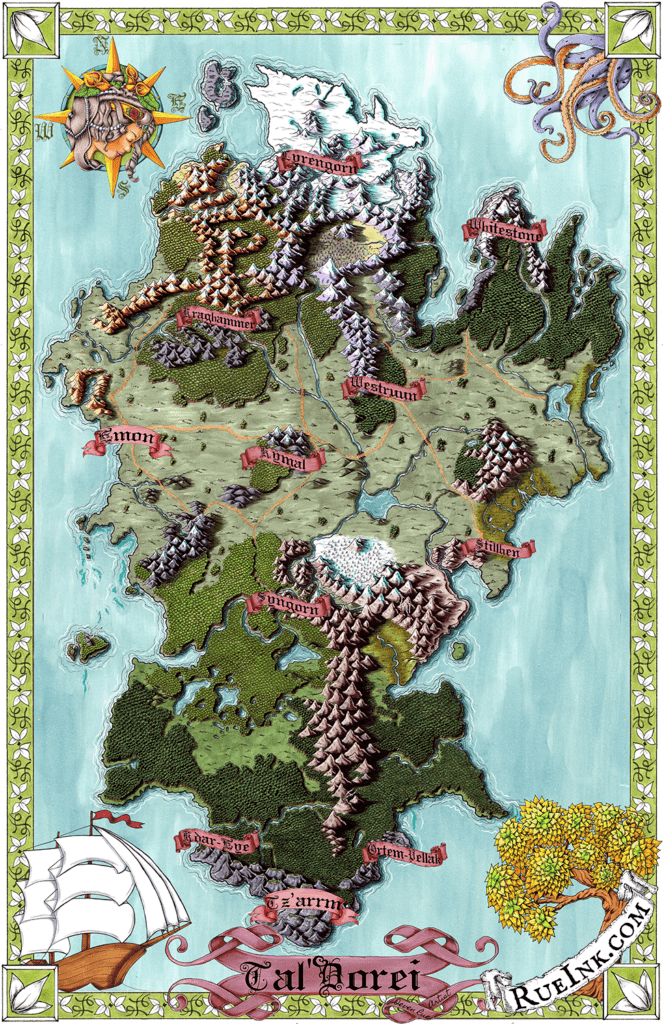 Her map is inspired by the official map of Tal’Dorei in the guide, rather than an exact re-creation. “Most of my maps are purely artistic and representational, so I draw them roughly ‘by eye’ and fill things in to fit my style of cartography,” she says.

The time-intensive project took Deven over a month to complete. She worked on it every day, estimating at least 60 hours of work. “Every second was worth it, though,” she says.

The process begins with pencils and inking before shading, details, and color are added. “Then I repeat the process for each of the illustrations included on the map,” says Deven. “Finally, it’s all scanned and assembled in Photoshop to allow things to be moved, adjusted, resized, etc. It’s a real passion project.”

We love spotlighting the ways Critical Role fans share their passion! Know someone we should spotlight? Tell us in the comments!