Did Elseworlds Make Sandman Canon in the Arrowverse? - Nerdist

Did Elseworlds Make Sandman Canon in the Arrowverse?

It’s harder to think of two things in comics that are tonally further apart than the high art philosophy and folklore of Vertigo Comics‘ seminal Sandman series and the bright, light breeziness of the The CW’s Arrowverse. Well, those worlds have officially collided with the recent Elseworlds crossover which saw a supervillain who–though introduced in Justice League of America Vol. 1 #5Â as a vital antagonist to the superteam–has also played a vital role in the cult comic from Neil Gaiman, Dave McKean, and Sam Keith. Yep, Doctor Destiny made an appearance. 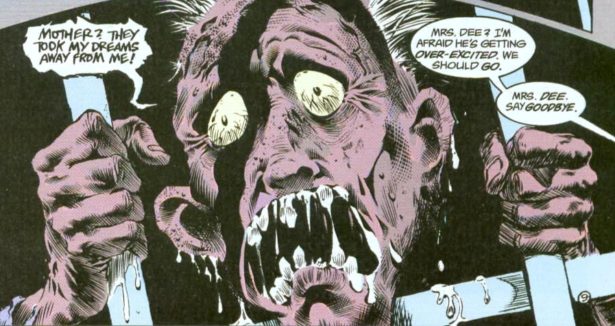 It’s easy to forget Sandman is a part of the larger DC Universe, in part due to the fact that Vertigo is often wrongly thought of as a creator-owned comics publisher. DC established the imprint to market their mature readers comics after the success of lauded books like Watchmen, Animal Man, and Sandman. Gaiman’s writing on SandmanÂ is widely thought of as one of the best examples of the medium. So fans who were familiar with Doctor Destiny from the pages of the comic were likely surprised when his alias John Deegan turned up in the opening minutes of the first episode of the massive Elseworlds crossover.In the comics, Doctor Destiny has the power to control dreams, which was integrated into Sandman lore with the retcon that his mother gave him Morpheus’ dream stone. This chunk of his story was connected to Arkham Asylum, which is where we saw him located in the second episode. The Monitor and his Book of Destiny gave Deegan powers in the show, butÂ it has us wondering if the CW’s Arrowverse might be thinking of adding more Sandman characters its outrageous shows’ rosters, especially with the now announced Crisis on Infinite Earths event heading our way. 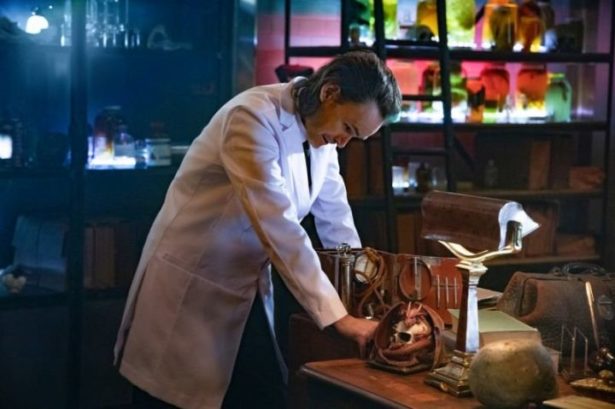 The Arrowverse has never shied away from introducing stranger characters from DC Comics with deep cuts like Mister Terrific and Wild Dog, but it’s the inclusion of the bisexual demon hunter and cursed hottie Constantine from Vertigo’s Hellblazer that opened the door to utilizing other cult comics characters. With Deegan, a.k.a. Doctor Destiny, now a part of the CW’s shows it wouldn’t be hard introduce Morpheus–especially when Deegan’s Book of Destiny is literally just his dreams written down and coming true. We could easily imagine the Legends discovering the King of Dreams as part of their hunt for magical refugees, or perhaps see Death appear now that Oliver apparently made a bargain to save the lives of Kara and Barry.