Ever since DC Comics brought back the campy Caped Crusader from the swingin’ sixties with their line of Batman ’66 comics, the “Bright Knight” and the Boy Wonder have crossed paths with the likes of the Lynda Carter version of Wonder Woman and the Legion of Super-Heroes. They’ve even ventured outside the DC Universe to have adventures with fellow sixties TV icons like The Man From U.N.C.L.E. and the Avengers (the British  television Avengers, Steed and Mrs. Peele, not those Marvelous folks). But now the Dynamic Duo are venturing outside the Gotham City and into the wholesome, All-American suburbia of Riverdale, with Archie Comics’ new mini-series Archie Meets Batman ’66!

Starting this July, Batman and Robin will follow in the footsteps of Gotham City bad girls Harley and Ivy, who have already gone to Riverdale, and embark on an adventure that finds Bruce Wayne placing his ward Dick Grayson and his protege Barbara Gordon (a.k.a. Batgirl) undercover as transfer students from the big city in Riverdale High. It won’t be long before Batman’s rogue’s gallery follows him to Riverdale, so yes, that means we will see Jughead meet the Joker at last! And things are sure to get even crazier when issue #2 hits comic shops in August. You can check out five different variant covers for Archie Meets Batman ’66 #2 down below in our gallery. The main cover by Michael and Laura Allred  can be seen above.

“The historic crossover mini-series continues! Batman’s received a panicked call from Riverdale and he sends Robin and Batgirl with one caveat—they must disguise themselves as high school transfer students!”

Are you as excited as we are to see the groovy kids from Riverdale meet Gotham’s Terrific Trio? Let us know your thoughts down below in the comments.

More to read about comics! 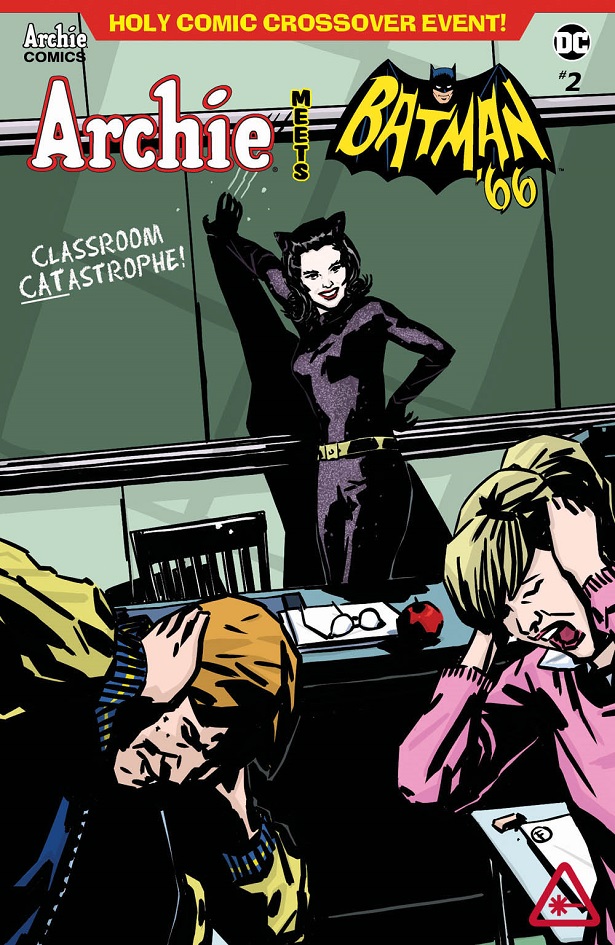 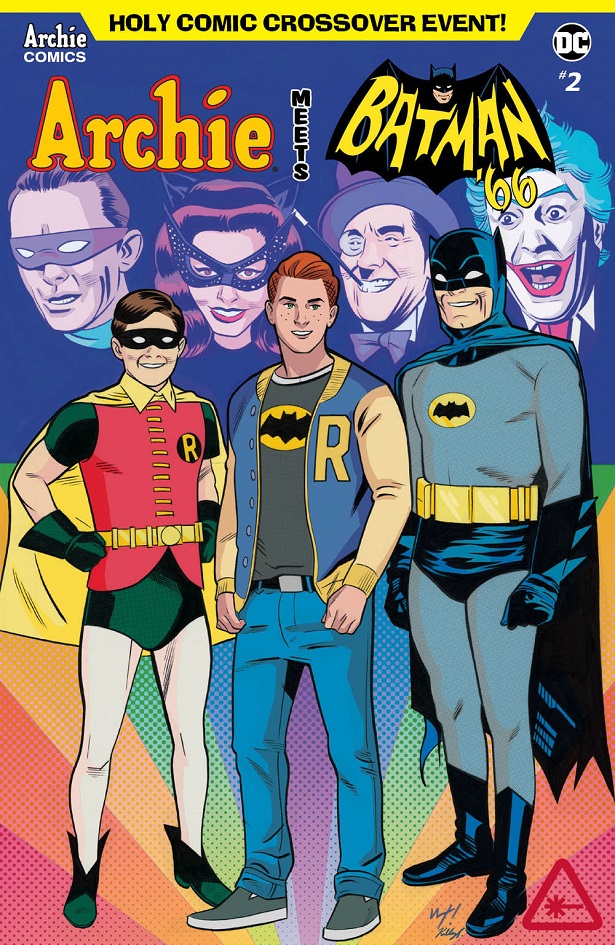