*Beware all ye who enter here. This post contains mild spoilers for Aquaman*

One of the most exciting things about the fantastical underwater landscape of Aquaman is that. though it feels leagues away from our life on the surface, it still technically all takes place in our world. Getting to explore the yet undiscovered realms that inhabit the depths of our oceans is an exciting prospect, but like with most fictional fantasy domains, it can be hard to keep track of everything. So to get you ready for the sprawling scope, we’ve put together this easy guide to the seven kingdoms and their aquatic inhabitants. 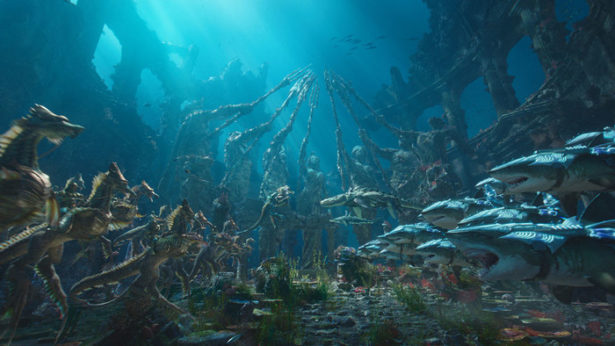 Once a vibrant hyper-advanced cosmopolis (before it sank), this underwater world is a mashup of ancient and super futuristic technology that is all shaped by its oceanic location. In the film, the realm is inhabited by mostly humanoid-presenting creatures like Orm and Vulko, and is most famously the ancestral home of Arthur Curry, as it’s where his Atlantean mother Atlanna hailed from. When we meet the Atlanteans in the movie, they’re at a crossroads; their leader and Arthur’s half brother, Orm, is attempting to invade the surface world. That is, until his older sibling returns to unite the seven kingdoms and two worlds he hails from. 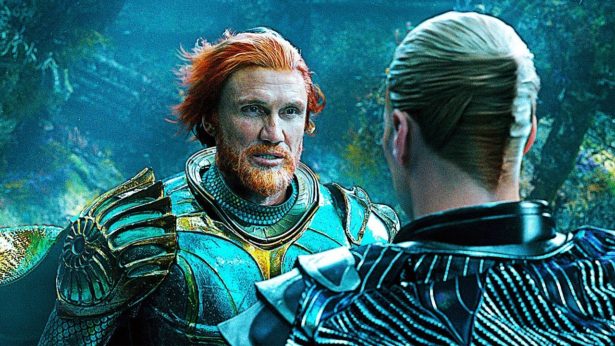 Xebel has an incredibly interesting history as it was originally an inter-dimensional plane ruled by Arthur’s future wife Mera. That was changed in recent years, though; while it is still Mera’s homeland, it became one of the seven kingdoms that split from Atlantis after the mythical city sank. In current comics continuity, the realm is used as a prison and is located in the Bermuda Triangle so that no one can ever escape. In the film universe, Xebel is Atlantis’ closest ally with the King Nereus choosing to join Orm in his war on the surface world. His daughter is the young princess who convinces Arthur to take his place as the leader of Atlantis.

Another vital player in the filmic world of Aquaman, the Fisherman Kingdom is first introduced in James Wan’s vibrant undersea epic. This ornate and extravagant realm is one of the few places that refuses to join Orm’s war, though it doesn’t end well for the King of the Fishermen. Most closely resembling mermaids if they also had the upper bodies of fishes, the Fishermen are a regal, peaceful people, who are dragged into a war they didn’t want for a cause that they don’t believe in.

Amongst the coolest of Aquaman’s kingdoms is the Brine. Another group of film’s rebels who split from the central Atlantean monarchy after the secretive city fell, these giant crustaceans are incredibly brave and strong, and most importantly they want nothing to do with Orm’s war. Led by the Brine King, the crab-people of the Brine play a vital part in Arthur’s homecoming, and their deep sea territory is the location of one of the film’s most epic battles. 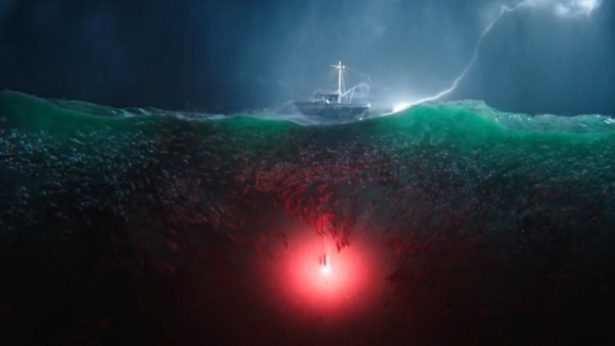 Home to some of the scariest creatures to have ever graced the screen, the Trench takes its name from the monsters who live there, who were first introduced in Geoff Johns and Ivan Reis New 52 series. Located at the deepest point of the known ocean, it’s a pitch-black expanse inhabited by bloodthirsty creatures who care about one thing: food. Imagine a nightmarish reflection of a deep sea episode of Planet Earth and you’re halfway there. Wan’s movie also establishes the Trench as a place where banished Atlanteans are sent to die, assuming that none will survive the terrifying inhabitants.

A huge part of Arthur’s hero’s journey is his quest to find the Missing Kingdom of Atlantis. It’s rumored to be the home of King Atlan’s long-lost trident, which any true king of the sea must wield. Located in the middle of a vast desert, we get a glimpse at the hidden realm in the trailer when Mera and Arthur throw themselves out of a plane in order to find it. Established by a group of ex-Atlanteans known only as “the deserters,” this forgotten kingdom was founded so long ago that it’s desert home was still under the waters of the ocean.

The Kingdom Beyond the Sea (?)

Though Warner Bros. have yet to officially name their seventh kingdom, we’ve come up with this moniker, and have a sneaking suspicion that it might be a magical and timeless realm that we got a glimpse of when we saw the film. It just so happens to be a very important part of the plot and of Arthur’s journey but we can’t say much more without spoiling it for you, so you’ll have to wait until December 21 to see if we were right.