Everything You Need to Know About AQUAMAN's Ocean Master - Nerdist

Everything You Need to Know About AQUAMAN’s Ocean Master

This December, Warner Bros. is throwing us into the deep end with Aquamanâ€™s first-ever solo movie where Jason Momoaâ€™s Arthur will face not one, but TWO deadly denizens of the deep. Weâ€™ve already covered the other villain, Black Manta, on a previous episode, but today weâ€™re going full anglerfish and shining a light on the biggest bad of them all: Ocean Master. Who is he? Why should you care? Heâ€™s not dressed like a bat, but can Arthur still dig it? Find out the answer to all of these questions and more on todayâ€™s episode of The Dan Cave.[brightcove video_id=”5975511080001″ brightcove_account_id=”3653334524001″ brightcove_player_id=â€œrJs2ZD8xâ€]If youâ€™ve never heard of Ocean Master, youâ€™re not alone. Itâ€™s not exactly a menacing name or even one that rolls off the tongue. It kind of sounds like you’re trying to remember the search engine keywords for Poseidon. Nevertheless, Ocean Master is one of the most enduring foes in Aquamanâ€™s roguesâ€™ gallery and yet another reason Iâ€™m grateful to be an only child. Plus they cast Patrick Wilson to play him on the big screen, and he is just a delight in everything heâ€™s in. Ocean Master made his auspicious debut in September 1966â€™s Aquaman #29. Created by Bob Haney and Nick Cardy, the cover showed us a man clad in purple, wielding a harpoon, about to spear Aquaman through his high-key thicc chest, with giant letters asking if Aquaman is a big olâ€™ coward. 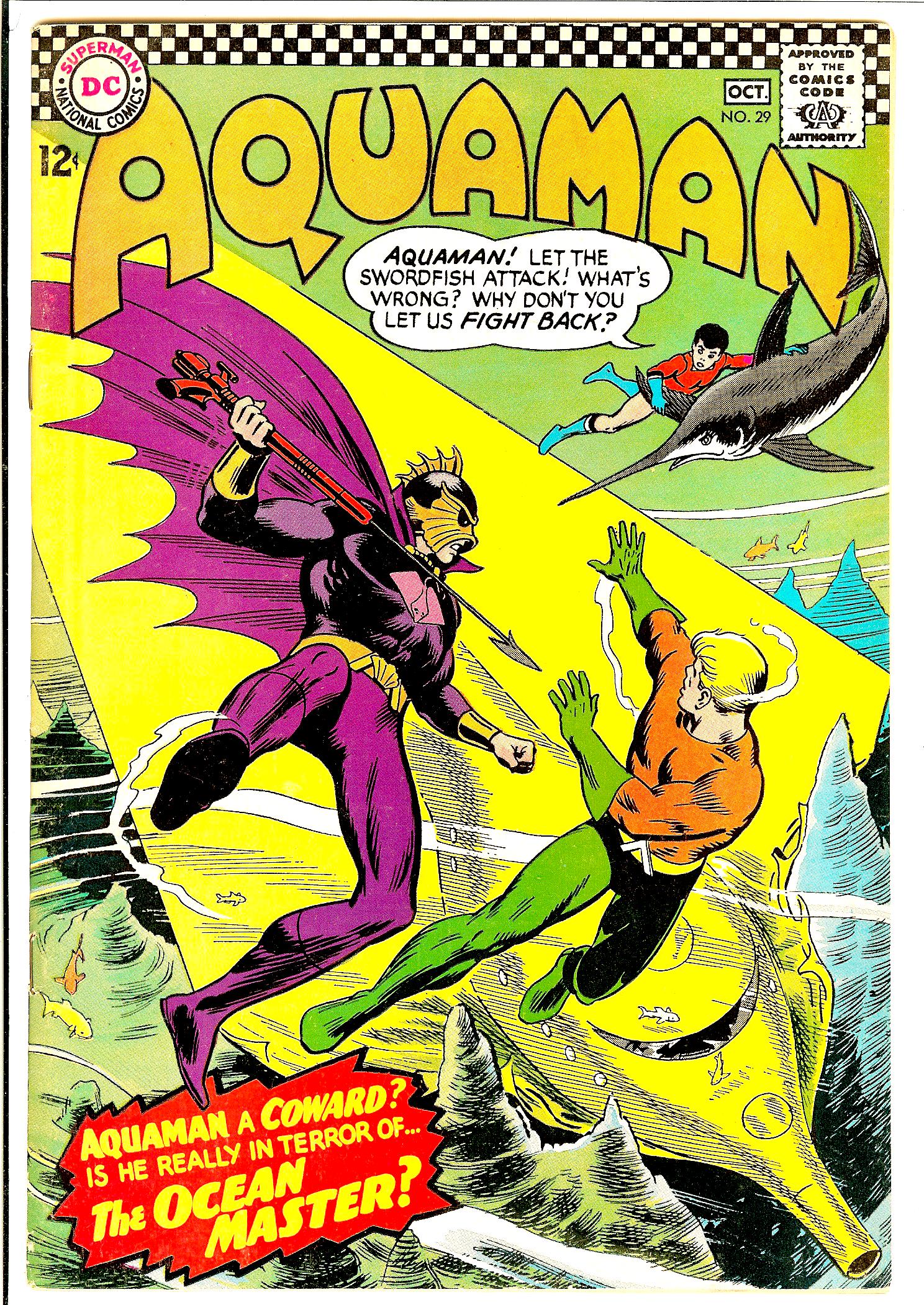 In his first appearance, Ocean Master appears in his signature manta ray-shaped sub and tries to blackmail the Earthâ€™s navies into giving him control of the oceans by trapping a ship on an iceberg and implanting a whale with a device that causes disasters wherever it goes. You know. Because comics. The coward conceit comes in because during their climactic standoff, Aquaman refuses to lay a hand on the Ocean Master, much to Aqualadâ€™s chagrin. When Aquamanâ€™s young ward asks him why, Aquaman reveals that it is because Ocean Master is secretly his half brother, Orm. Aquamanâ€™s father remarried after his mother, Atlanna, the future queen of Atlantis died. Unfortunately for Orm, his mother was just a normal human meatbag like you and me, so he didnâ€™t have any powers, which frustrated him to no end. Iâ€™m sure that was the only reason and being named Orm had nothing to do with it.Of course, Orm didnâ€™t know about any of this at the time because he got hit in the head with a rock, which conveniently gave him amnesia. Weirdly, it didnâ€™t make him forget how horny he was to exact sea vengeance and conquer the oceans, which is why he built himself a specialized suit As is the case with many DC characters, Ocean Masterâ€™s backstory has been revamped and reimagined over the years, most notably by Peter David following Crisis on Infinite Earths and by Geoff Johns in the New 52 era. The new version of Orm–which is to say the one we will actually be seeing on the big screen as depicted in the New 52 and the â€œThrone of Atlantisâ€ storyline–was born in the ancient undersea city of Atlantis, the son of Atlanna, the queen of Atlantis, and Orvax Marius, an Atlantean military leader. When Orm learned he had an older brother who was ahead of him in line of succession for the Atlantean throne, well, Iâ€™m sure you can imagine his reaction. Not thrilled. And despite his goofy-ass name, Orm isnâ€™t someone to be trifled with. He has super strength, underwater breathing, the power to communicate with marine life, and a magical trident that allows him to control the weather, and a helmet that gives him the power of hydrokinesis, the ability to control water. He is also an easily manipulated, super jingoistic, egotistical man with a short temper and a whole lot of weapons. Basically everything you could ever want in a head of state. 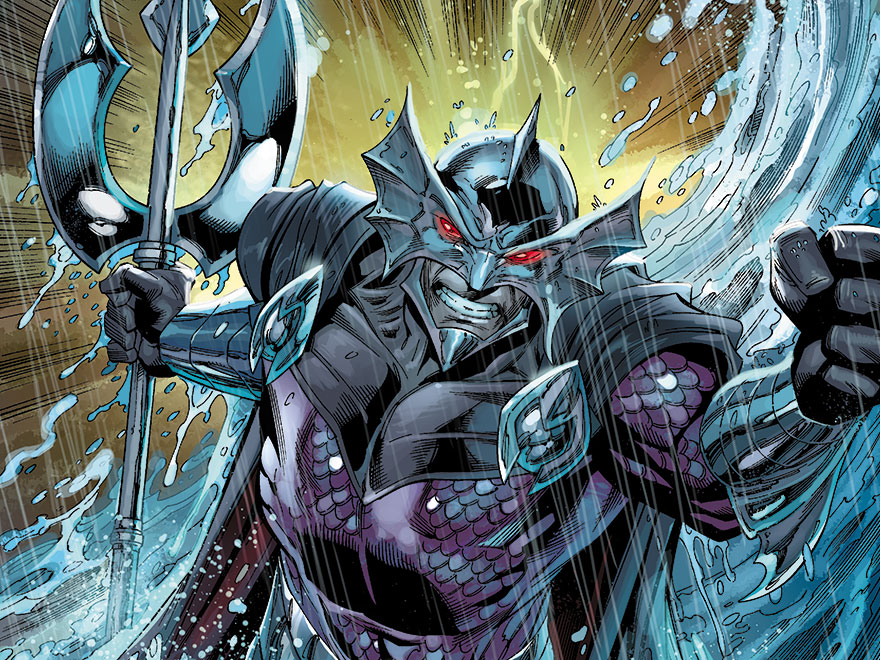 Orm had a rough upbringing to say the least. His father was a total jerk, and when Orm was 12 years old, Atlanna murdered his dad. Iâ€™m sure she had perfectly good reasons–namely the fact that Orvax was an abusive wiener. After his mother died, Orm ascended to the Atlantean throne, but some people in his court suspected him of foul play. An Atlantean advisor named Vulko accused him of matricide, but didnâ€™t have any evidence, so he was banished to the surface world. Years later, Vulko encountered Arthur Curry, who was on the hunt for Atlantis himself. Vulko told Arthur that he was, in fact, the rightful heir to Atlantis and needed to head down there and overthrow Orm once and for all.When Orm was finally reunited with Arthur, he surprisingly met him with open arms and bent the knee to his brother, ceding the throne to him as per Atlantean tradition. Sadly, they even have racism underwater and not everyone was so keen on having a half-human as their ruler. To keep the peace, Aquaman allowed his brother to continue sitting on the throne in his stead. Everything thing seemed hunky dory. Then everything changed when the Water Nation attacked. A group of Atlanteans attacked a U.S. military base and the villainous treasure hunter Black Manta started murdering a bunch of people on the surface world. Both were trying to retrieve long-lost Atlantean artifacts. And both seemed like they were Ormâ€™s doing. At least thatâ€™s what Aquaman thought.But things went way out of control when an American missile struck Atlantis during what was supposed to be a routine weapons test. Orm responded in kind by flooding Metropolis, Gotham, and Boston, killing thousands of people in the process. What followed was a battle between Ormâ€™s army and the Justice League in which Orm kicked all of their asses, banished them to the Marianas Trench, and declared war on the surface world. Down in the Trench lived a race of flesh-eating monsters also known as the Trench, who much to everyoneâ€™s surprise escaped and began attacking the Atlantean army. With both Atlantis and the surface world embroiled it war, it seemed like all hope was lost, but as it turned out there was an even bigger bad pulling the strings behind the scenes. Do you want to know who it is? I could tell you right now. You know, Iâ€™m something of a comic book scientist myself. Anyway, spoiler alert, it was Vulko. He engineered everything in some deranged attempt to get Arthur to claim the throne of Atlantis. 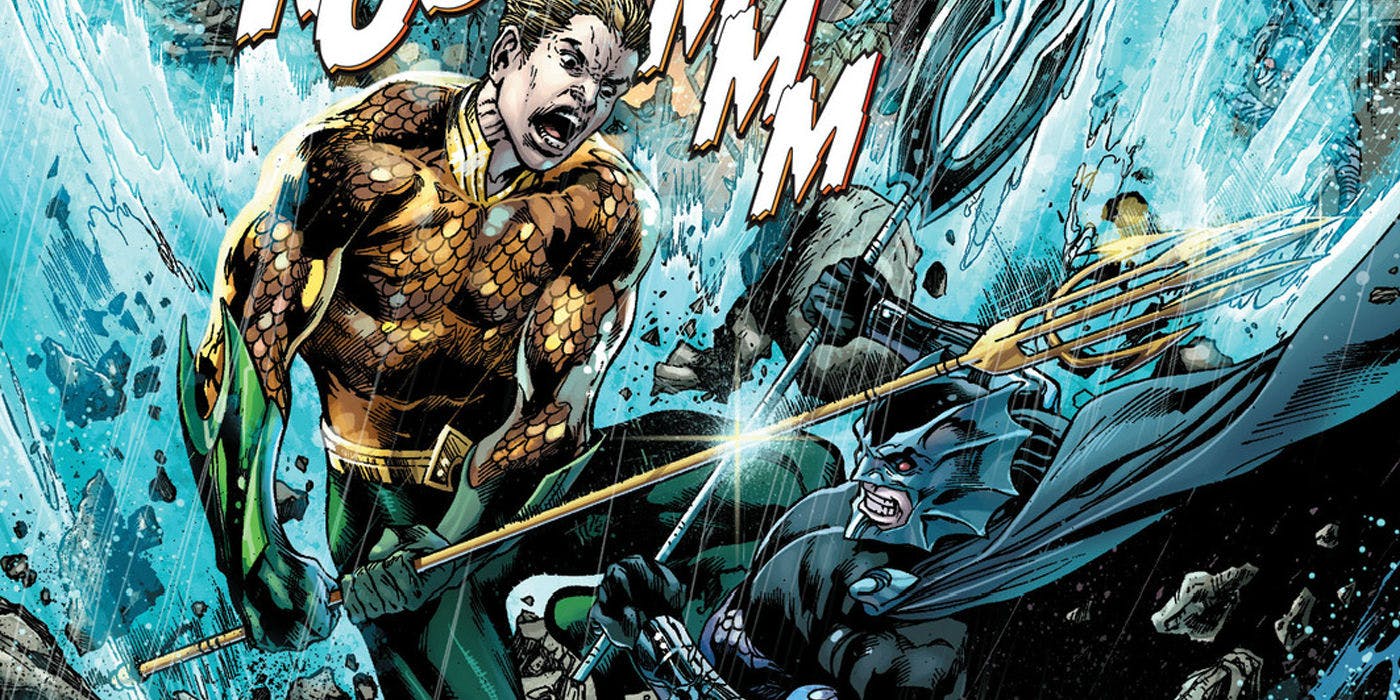 Long story short, Atlantis had to team up with those filthy landlubbers to stop the Trench and save the day, and Orm yielded the throne of Atlantis to his brother. Now this isnâ€™t to say that Orm is a good guy, by any means. He still, you know, murdered a metric ton of people, which is why he was sent to Belle Reve Prison to think about what he did, which you may remember as Amanda Wallerâ€™s personal Craiglist for Suicide Squad members. But he isnâ€™t purely evil, so maybe weâ€™ll see a bit of a redemption arc for olâ€™ Ocean Master by the end of this movie, and then weâ€™ll get a nice post-credits scene of James Gunn recruiting him for Twoicide Squad. Or even weirder, Ocean Master turned into a weird fish monster in Justice Leagueâ€™s Drowned World story arc after helping Mera to escape an attack on Atlantis. So maybe thatâ€™s in his future too. Either way, itâ€™s gonna be sick.And that is everything you need to know about Ocean Master before you see Aquaman. But what do you think? What other Ocean Master storylines do you want to see play out? Would you like to see Ocean Master in the future as a member of Suicide Squad? Let me know in the comments below.