Apple held its “By Innovation Only” event today, and the iCompany delivered pretty much everything analysts and insiders expected. Among the announcements were new details of the Apple TV+ streaming service, the debut of Apple Arcade, a new generation Apple Watch, and, of course, the iPhone 11. Tons of specs, prices, and content were provided, and to help you sort everything out, here are the biggest highlights from the event.

First up was the announcement that Apple’s content streaming service, Apple TV+, will be launching on November 1 of this year for $4.99/month “for the whole family”. This price is cheaper than Netflix’s cheapest streaming option, and unlike Netflix, it seems that there won’t be different tiers for plans. Folks will also get a year of Apple TV+ for free with the purchase of a Mac, iPhone, or iPad.

While other Apple TV+ shows have already had their trailers released, CEO Tim Cook did premiere a new show called See, starring Jason Momoa. The show takes place in the distant future, during a time when every human on Earth is blind. That is unntil a new generation of people comes along that can see. Check out the trailer:

Along with Apple TV+, Apple is also launching a gaming service dubbed Apple Arcade. Like Apple TV+, Apple Arcade will cost $4.99/month. Arcade, which launches on September 19 in 150 countries, will initially give subscribers access to 100 new games. This includes new titles from Annapurna Interactive and CAPCOM. Konami will also be releasing a new version of its classic Frogger game. New games will also be added every month.

A new generation of Apple’s flagship product, the iPhone — have you heard of it? — was also debuted during the event. The new generation of iPhone is dubbed iPhone 11 (duh), and according to Apple it’s “the toughest ever smartphone.” The iPhone 11 will be available in six new colors, including purple, white, yellow, green, and red, and features a 6.1-inch liquid retina display.

The biggest highlight of the new iPhone 11, as always, is the updated camera. The 11 comes equipped with two cameras on the back of the phone, one of which will allow for ultra-wide video and photography. You’ll be able to snap pictures and record video with a 120-degree field of view. The cameras will also allow for stereoscopic depth, meaning that those pictures you take of your dog will have some super-high-res snoot close-ups. 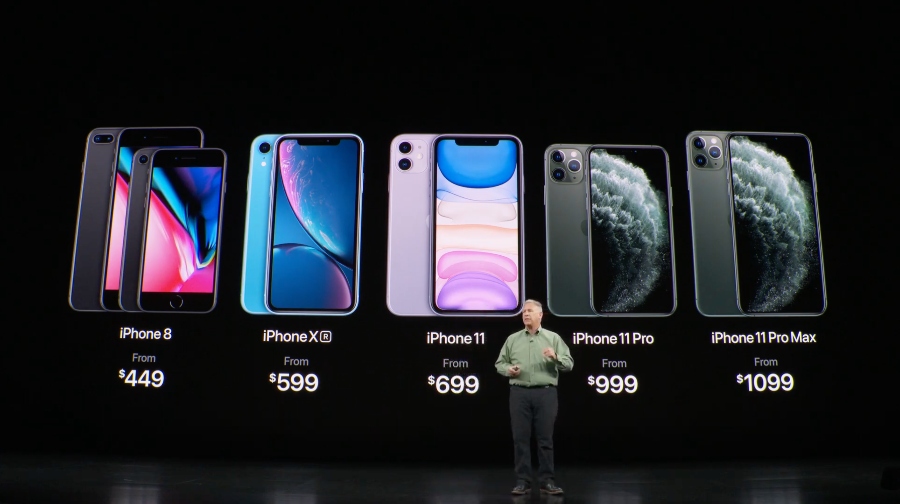 The 11’s cameras will also have a new night mode, which will automatically come on in low-light environments in order to brighten photos and reduce noise — which means all of those photos you’ve been taking of city skylines at night may actually come out as twinkly and clear as they seem with your good ol’ fashion biological peepers!

iPhone camera gets a dedicated night mode. About damn time.

The cameras will also be able to capture 4k video at 60fps across both cameras (i.e. including the wide-capture camera). There’s also a new 12-megapixel front-facing camera that will be able to capture wide-frame video in 4k, as well as slow-mo video. The front-facing slow-mo video will allow for a new type of selfie, according to Apple, one the company has dubbed “slofie.”

Apple also announced the iPhone 11 Pro — the first iPhone to come with the “Pro” moniker — which features a Super Retina XDR display, and the ability to shoot from multiple cameras simultaneously. The 11 Pro has three cameras on its back, which has earned the ire of some folks for being a bit of an eyesore (iSore?). With its three cameras, crazily high-definition display, the 11 Pro will be aimed at people who use their iPhones for (you guessed it), professional-level photography. There will also be an iPhone 11 Pro Max, which adds an additional hour of battery life on top of what you’d get from the iPhone 11 Pro. 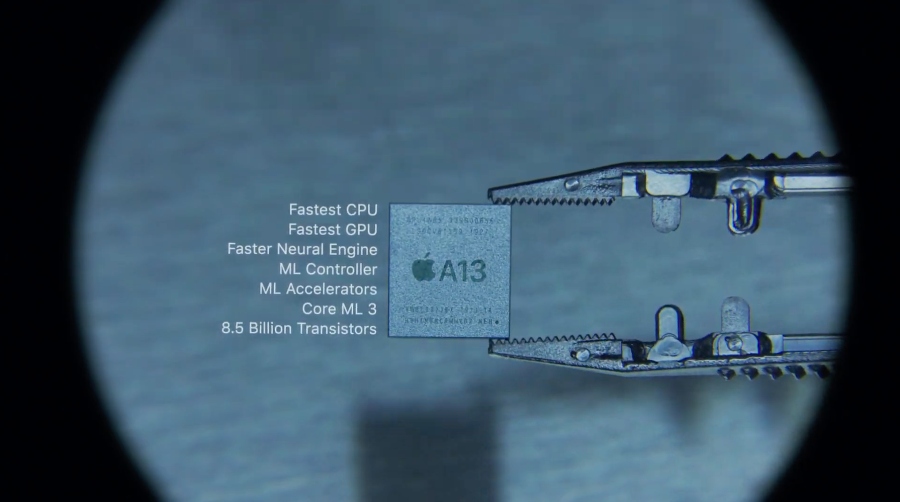 The iPhone 11 starts at $699, while the Pro will start with a hefty price tag of $999. The new iPhones will start shipping on September 20.

The new generation of Apple Watch, the Series 5, was also unveiled. The updates to the Apple Watch aren’t as big as those to the iPhone lineup, but wearers will get a handful of new features. The new features include: a compass; the ability to call for emergency services internationally even without an iPhone present; a warning delivered to you when the sounds around you are too loud; new case finishes, including aluminum, titanium, and ceramic, and an electrocardiogram sensor. There will also be a new Watch OS6 operating system, as well as new Apple Watch Nike models that will allow you to compete against other people when it comes to activities like running. 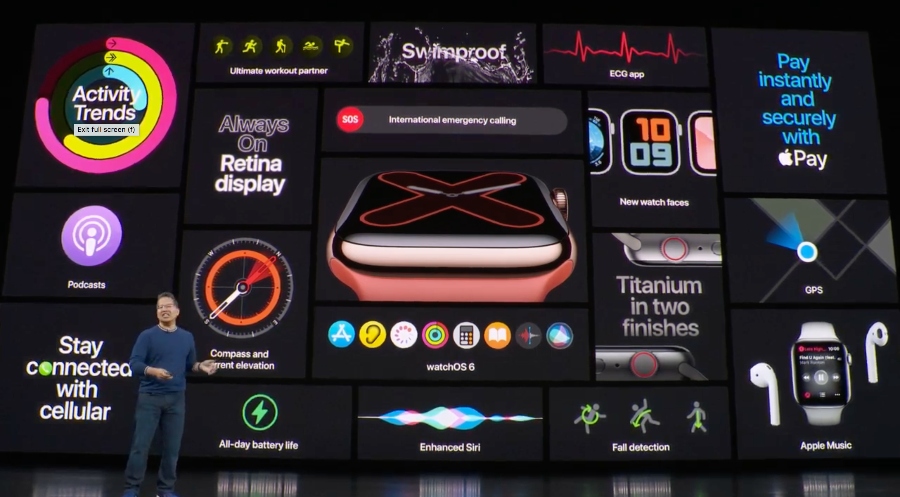 The Series 5 Apple Watch will start at $399, while the Series 3 will still be available at $199. Multiple new designer bands and cases will also be available, including one from the super-boujee French fashion company, Hermès.

Apple’s “By Innovation Only” Event Summed Up

Unfortunately there weren’t really any big surprises from this year’s special Apple event, but at least Apple aficionados received their yearly helping of evolutionary product updates. No new MacBook Pro announcement — speculators were hoping for a new 16″ version — but Cook did announce a 7th generation iPad. We didn’t breakdown the iPad innovations above, ’cause it’s basically the same as the previous iPad, but with upgraded bells and whistles.

Despite all the tech upgrades to the iPhone, Apple Watch, and iPad, what we’re probably most excited for are the new services. It’ll be interesting to see how the $970 billion company plans on competing with Amazon Prime and Netflix in the streaming content space, and that price point is more than reasonable. Also, an indefinite stream of new gaming titles for $4.99 doesn’t sound too bad either.

What do you think of this year’s Apple special event? Were you expecting a whole lot more from the event? Did Apple hit you with the exact updates you were expecting? Let us know in the comments!