ANTEBELLUM Trailer Chooses Janelle Monáe to Save Us - Nerdist

ANTEBELLUM Trailer Chooses Janelle Monáe to Save Us

Jordan Peele’s Get Out wasn’t a cultural phenomenon just because it was a fantastic horror movie. It connected with audiences because it was also a timely and powerful commentary on modern racial issues in America. They are problems that date back to the country’s founding. We might like to think we aren’t guilty of our ancestors’ worst injustices, but the world today has far more in common with the past than some would like to admit. Now Lionsgate’s upcoming horror movie Antebellum will try to terrify audiences by making a direct connection between “then” and “now.” The movie’s official new trailer features Janelle Monáe in a time-bending story that rips her away from her modern life to work on a slave plantation. She fate’s choice to save “us” from our past, but who exactly is “us?”

Monáe (Hidden Figures, Moonlight) stars in Antebellum as the successful, and also very stylish, author Veronica Henley. She “finds herself trapped in a horrifying reality and must uncover the mind-bending mystery before it’s too late.” We don’t yet know exactly what this “reality” is. She appears to be whisked back in time to the pre-Civil War era of America. But the film’s official synopsis hints that something else might be happening here. Is she physically in the past? And what would that even mean anyway? We also don’t know what it is she must do “before it’s too late.”

Unlike the movie’s first promo, which was mostly set in the past, this new teaser shows a lot more from Veronica Henley’s modern day life. It’s unclear how much the story will bounce back and forth between eras. But it’s not hard to see how doing so will directly connect both worlds—and their racial issues—together. Also, even if we don’t know what she has to do and why she has to do it so quickly, this trailer gives us an idea of just how important her task is. It asks, “What if fate chose you to save us?”

Who exactly is “us” though? All Americans? Black Americans? Her family?

The film’s official new poster isn’t offering up much in the way of clues. It’s still very creepy though. The image of a butterfly is usually a sign of hope and freedom, but not when it’s made of dripping blood and is silencing a Black woman. 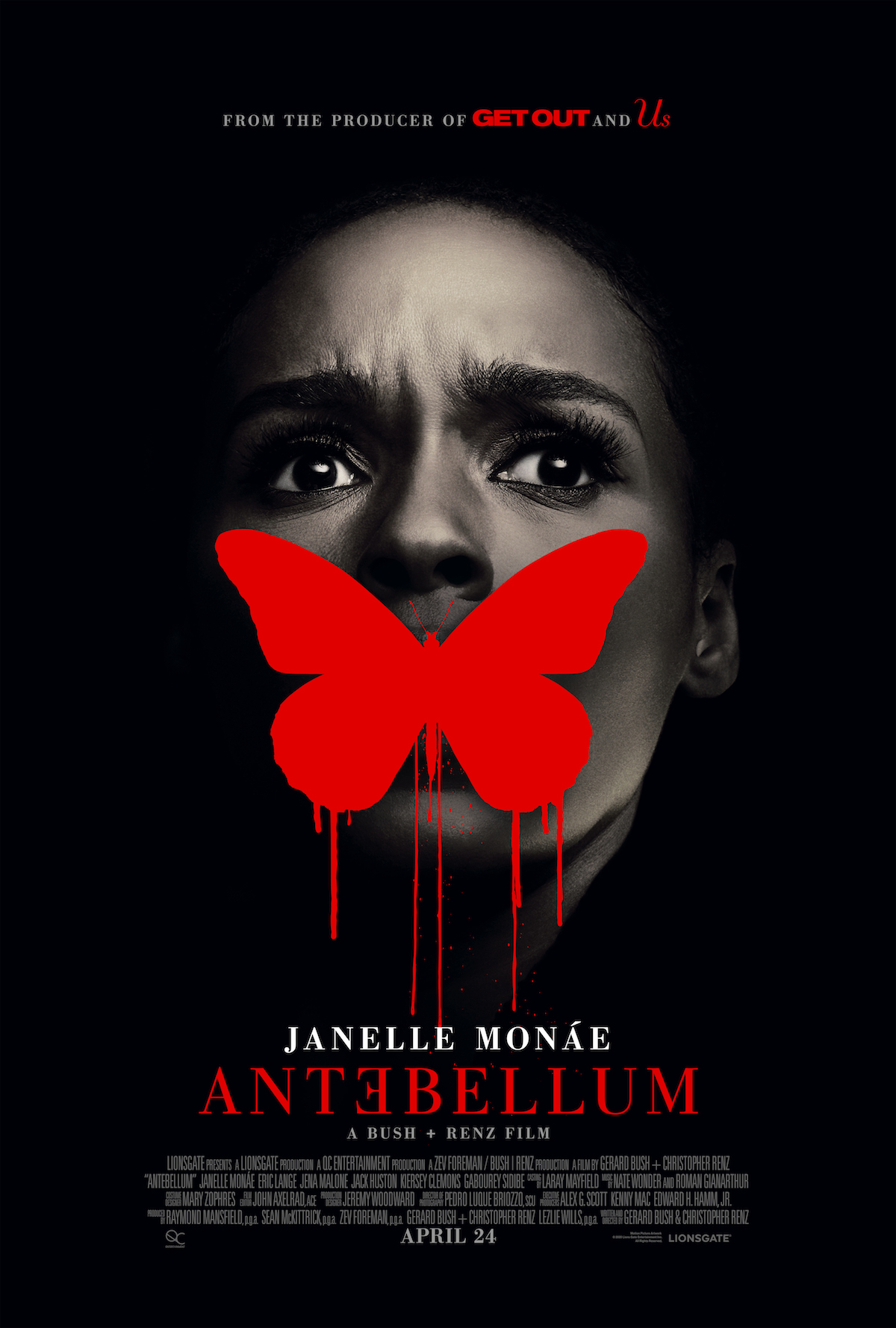 Our best hope for answers might come from Octavia Butler’s 1979 novel Kindred. Our own Tai Gooden pointed out in November the film seems to be inspired by the book. Kindred‘s protagonist is shifted between her modern life and a plantation. In the past she encounters her own ancestors, fights for survival, and tries to make it back to her own timeline.

It’s unreasonable to predict any movie will live up to Get Out. But Antebellum looks like it can connect to audiences for the same reason. It has something to say about race in modern America. It will do that by looking at how our past wasn’t all that different.