Even under normal circumstances we all need to mentally get away sometimes. Of course, none of us have been living under anything close to normal for more than a year. So we can really use a little break from the stress of everyday life at the moment. We’ve tried by watching a million movies and TV shows. As well as by reading, playing games, or doing other hobbies a million times. We’ve even tried closing our eyes and visualizing a far away place. But now there’s even easier, more beautiful way to transport somewhere else. Take a journey to the edge of the world by losing yourself in this relaxing ultra high definition two hour ambient video tour of Antarctica.

“Ambient Antarctica” (which we first saw at Laughing Squid) is accurately described as a “visual meditation.” It comes from Richard Sidey. He shot it in 4K with fellow cinematographer Aliscia Young around the Antarctic Peninsula. For two mesmerizing hours they take viewers up, around, and over some of the continents most striking natural features. Using a combination of both aerial and ground-based shots, this dialogue-free nature documentary shows off some of Antarctica’s most gorgeous features with a gentle hand.

This film pulls you in quickly, as the camera glides past a never-ending succession of stunning shots. It feels like you can reach out and touch the snow and ice. Though it’s best to leave the water alone, lest you disturb its crystal clear reflections. 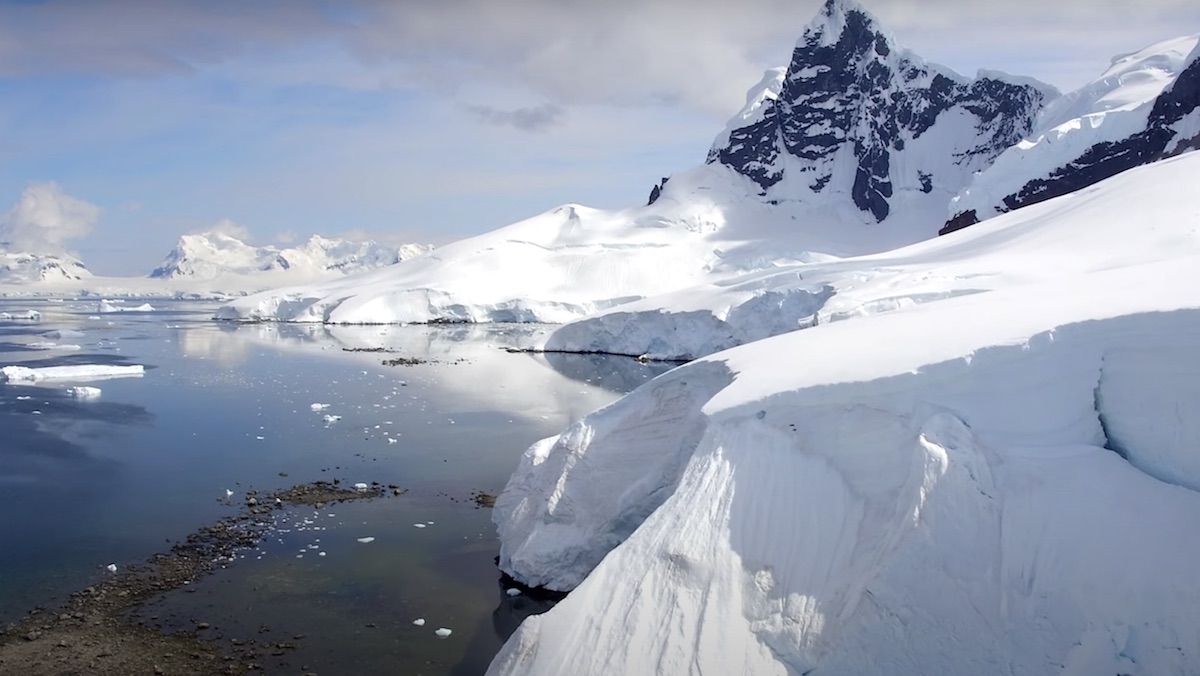 Just as captivating as the mountains, icebergs, and glaciers are the many animals who pop up over the two hours. “Ambient Antarctica” also features visits with penguins and seals. But the most majestic moment of the entire movie is a pod of humpback whales. They swim together freely and in peace, surrounded by nothing by beauty.

And it’s nice that for a couple of hours we can be right there with them, no matter where we are.