Peyton Reed Discusses the Future of ANT-MAN AND THE WASP

There are many questions a viewer may have after watching Ant-Man and the Wasp, out now on Digital, and coming to Blu-ray and 4K on October 16.But when we got to sat down with director Peyton Reed, the most important one had to be asked first: How did Hello Kitty come to be in the Marvel Cinematic Universe?”We wanted to find the most sweet, innocent little object thatÂ Hope Van Dyne could throw and use as a potentially deadly weapon in the car chase,” he said, noting that once they thought a Pez dispenser could be fun, they briefly considered Captain America for the honor. “Then we landed on Hello Kitty, and it felt like the lightest, most innocent, sweet little thing. And the image of it when we started doing pre-viz on itâ€”the image of a giant Hello Kitty coming toward camera and then taking out these guysâ€”it just made us laugh, but it also felt really exhilarating as an action beat.” Sanrio immediately approved once he showed them the early tests. 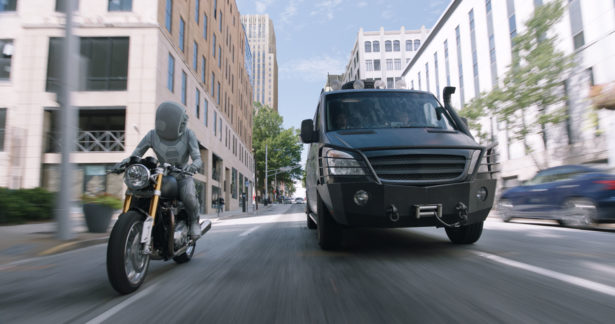 Reed is well aware that the shrinking aspect of his movies paves the way for toy-related easter eggs and gags, i.e. the Thomas the Tank Engine joke in the first film. Reed said, “We’ve gotten a lot of people who were psyched about Hank and his Hot Wheels Rally case, and the idea that he uses an old Hot Wheels thing.”A more literal easter egg may be the presence of Marvel’s Egghead (not to be confused with the Vincent Price Batman villain), who makes a cameo sans nickname as Ghost’s late father. “Ant-Man doesn’t really have a wide array in his rogue’s gallery of villains,” Reed said. “Egghead was the main one. It’s like, how do you get away with Egghead in the year 2018? So it really turned out that obviously we deal withÂ Elihas Starr’s daughter, Ava, as the chief antagonist of our movie.” Marvel never had a problem with the radically different take on Ghost as the daughter of a previously unrelated arch-villain. “I think that they are psyched to reinvent these characters,” Reed said, noting that the theme of the movie is fathers and daughters, and Bill Foster and Ava fit the tone as a found-family take on that.

The actual primary villain of the movie, Sonny Burch, is a character casual viewers may not even know is from the Marvel canon. Reed explained how such an esoteric character was chosen for the film. “We needed a character who was sort of a street-level antagonist who had no superpowers whatsoever, and was sort of a wheeler-dealer,” he said. “I mean, he’s not exactly the Sonny Burch of the comics, but it felt like it fit Walton Goggins, calling him Sonny, it felt right, so we went for it.”As for Burch’s mysterious, never-named bosses, Reed shot down our theory that Obadiah Stane or Justin Hammer might be involved. “There have definitely been thoughts about who he is referring to,” he said, “and I will say that the two that you mentioned are not who it might be.”

What of our other theory, that Janet Van Dyne might be a mutant? Reed might have chosen his words very carefully in response: “Technically, it does not make her a mutant. She has just evolved, because time is paced differently in the quantum realm. So she’s been able to sort of absorb things in the environment, and be affected by them.” (As you may know, the MCU can’t mention mutants until after 2019.)Reed was tight-lipped on Ant-Man in Avengers 4, but regarding the third Avengers and the role it played, he knew the ending before shooting, and realized, “They’re going to come into our movie looking for clues about where it falls into the timeline, and how we deal with that event. And after a while, we just don’t give them any inclination about where we fit into the timeline, until the very, very end. And that felt like our Ant-Man and Wasp tone. A playful tone for how to deal with that event, and maybe gut-punch the audience in the process.” 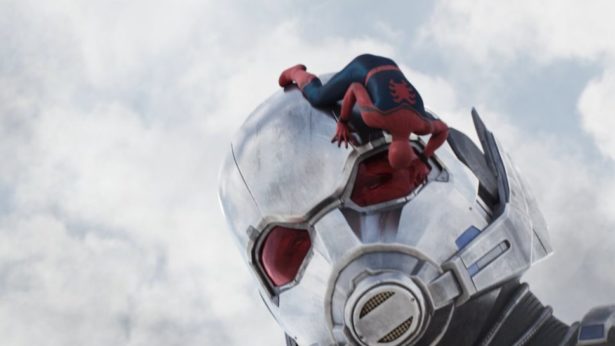 If and when Ant-Man does appear alongside the Avengers next time, he will have input. “The general rule with directors in this situation is you do what’s right for your movie, and let the other person figure it out in a later movie,” he said. “Infinity War, and the next Avengers, they’re very specific cases, because the ramifications of that act were so huge, so we all had to be in sync about what we were all doing, and I’ll leave it at that.”Less likely is a Wasp solo movie, because, to him, “Ant-Man and Wasp was always a partnership, and that’s the thing I think we like exploring in these movies, is their professional and their emotional partnership.” He added, “I certainly wouldn’t be against it, but I really want to see what happens between Scott and Hope next.”As for that other Marvel project Reed has always been interested in, Fantastic Four, which could become a realistic possibility once Fox and Disney combine, Reed remained diplomatic. “I’m not positioning. As a fan, I’m super psyched that that’s a possibility,” he said, adding, “I have no knowledge of how long mergers take to merge.”