When it comes to treasure, we know that X marks the spot. Whether or not we’re actually aware of the treasure awaiting us, the lone X pulls us in and convinces us that it means, for lack of a better term, insane booty. In the Lands of Alethrion, however, that X marks a very different kind of reward.

Produced by the international team Sun Creature Studio, based in Denmark, The Reward: Tales of Alethrion is a series of animated short films detailing the adventures of a diverse group of characters in the original fantasy realm of Alethrion. Not unlike the concept behind Dungeons & Dragons, Alethrion’s adventurers scour the land, gaining prestige along the way in the forms of wealth and reputation.

So far there are two episodes of the Tales of Alethrion, and Sun Creature Studio is looking to make more to complete a web series. The company has an ongoing kickstarter where fans can show their support and lend funding for future episodes. At this moment, two more chapters are on their way thanks to donations, with each one focusing on a different cast of characters chosen by the backers themselves from a list of adventurers. 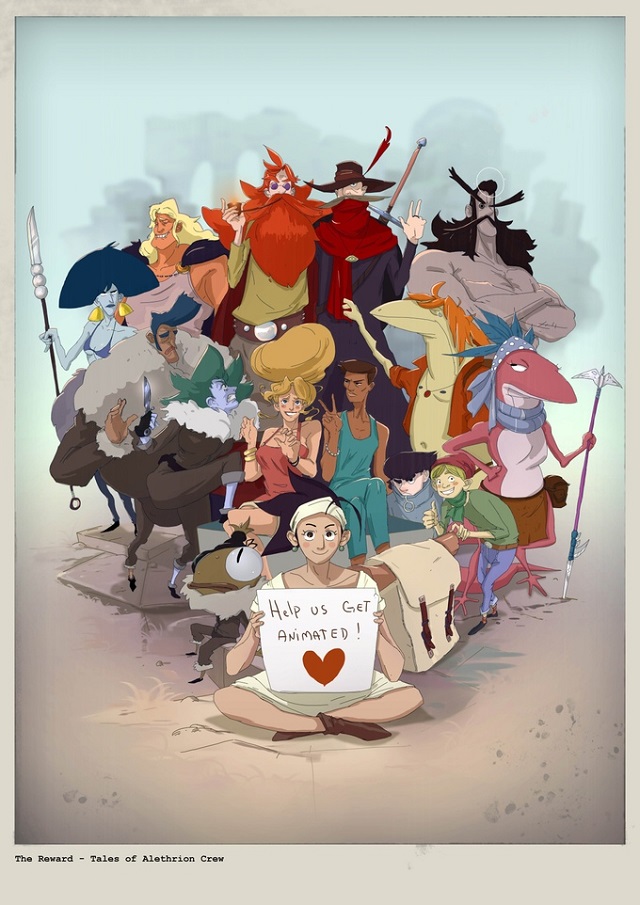 The animation is rich, expressive, and incredibly fluid, each character moving with a unique and graceful quirkiness. Despite the fact that there is no dialogue—the characters instead communicate through facial expressions and vague syllables—the visuals ensure that we still feel privy to the thoughts and emotions of every adventurer. The series’ score also does a fantastic job of capturing each moment’s energy and emotion with the perfect theme, be it tense and dramatic or brisk and jaunty.

Begin your adventure into the world of Alethrion with the episodes below. We recommend keeping a box of tissues and/or your best bro close at hand while watching.

The Reward: Tales of Alethrion – “The Reward”


The first tale in the Lands of Alethrion was produced in 2013 and is a heartwarming bromance featuring Wilhelm, the stoic warrior, and Vito, the happy-go-lucky wizard. “The Reward” follows this mismatched duo as they traverse glorious landscapes, fight off monsters and criminals, and party with the ladies, all in pursuit of a mysterious X on a mysterious map. I won’t spoil it for you, but, as you may have guessed, what they find on their journey is much more valuable than any monetary prize could ever be. 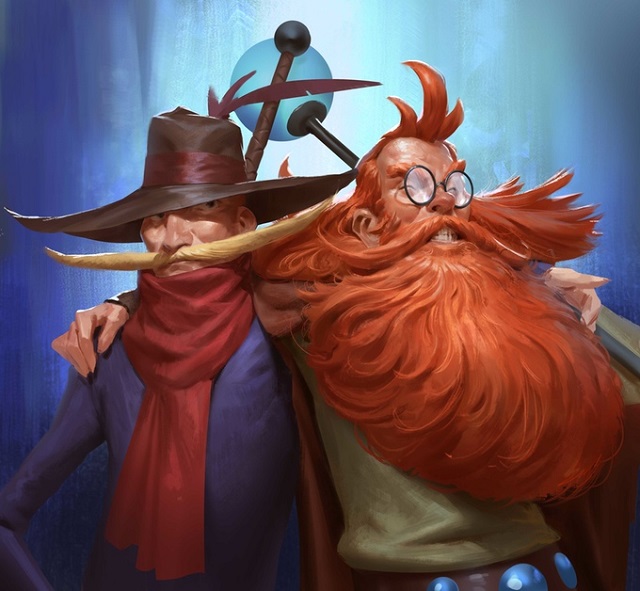 The Reward: Tales of Alethrion – “The First Hero”


Produced in 2015, “The First Hero” tells the story of Alethrion, the greatest and wealthiest hero of them all, after whom the entire universe is named. A prequel to the series, “The First Hero” is just as emotionally powerful as “The Reward,” pairing Alethrion with the vibrant and adventurous Amerath as they conquer the world—and each other’s hearts. This second episode is a tragic romance packed with feels of the best and worst kind. You’ll also gain some insight into Alethrion and the mysterious map from “The Reward.” 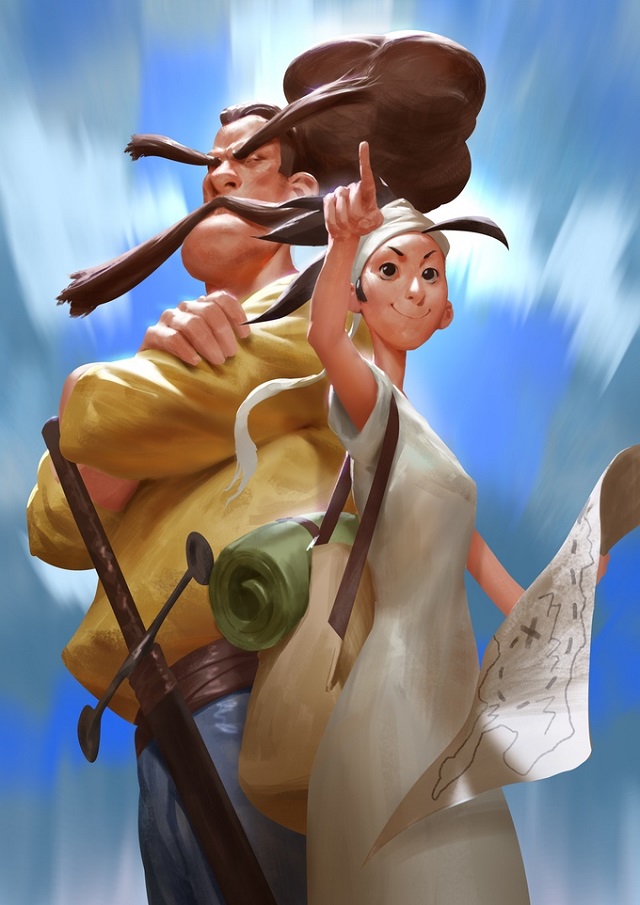 What did I say about facial hair? Check out that eyebrow and mustache game on Alethrion.


Sun Creature Studio has so many tales prepared within the Lands of Alethrion, and the talented team is ready to tell them. With such a vast character bank at their disposal, and such an interactive method of production, the series could very well become one for the ages.

Did you feel the feels? Which of the adventurers would you like to learn more about next? Share your emotions on the series’ forum or lend your support over at the kickstarter page!