Who Is Aneka in BLACK PANTHER: WAKANDA FOREVER? Her Comic Origins, Explained - Nerdist

Black Panther: Wakanda Forever is ushering in some new characters to the MCU. We know that Namor, the King of Atlantis, will serve as the film’s antagonist. (At least, as far as we know for now.) But there is another new character that is piquing curiosity. At San Diego Comic-Con 2022, Marvel revealed that Michaela Coel would portray Aneka. But, who is Aneka in the Black Panther comics? Let’s dig into her comic book history to uncover how Aneka might factor into Black Panther: Wakanda Forever.

In the Black Panther comics (2009), Aneka is a respected captain and skilled combat instructor for the Dora Milaje who trains new recruits to serve and protect the nation of Wakanda. Like her counterparts, she respects and honors King T’Challa, preparing the Dora Milaje to fight in the Doomwar after Doctor Doom swipes their vibranium. However, there’s more to Aneka. She falls in love with Ayo, which is forbidden, and the pair are assigned to protect Queen Shuri. But, their love for the royal family wanes after they discover that T’Challa and Namor, who attacked Wakanda, were coming together for a collaborative meeting.

This angers Ayo and Aneka reminds her of her place as a Dora Milaje. However, they both become disillusioned and bring their concerns to Queen Shuri, breaking their spears as a sign of lost loyalty. They leave the country and it is attacked by Thanos, who kills Shuri. Aneka does express regret but gets into deeper trouble after killing a chieftain in response to a woman’s accusations of abuse against the village’s women. Ramonda sentences Aneka to death but Ayo breaks her out. They take the Midnight Angels uniforms, the blue armor that we see Michael Coel wear in the Wakanda Forever trailer.

Who Are the Midnight Angels?

The group originally is a subset of the Dora Milaje. As “Macho Man” Randy Savage would say, they are the cream of the crop. T’Challa brought them together after Doctor Doom stole Wakanda’s vibranium to defeat him. Later on, Aneka and Ayo take this armor and officially form the Midnight Angels, an offshoot that seeks to defend those people that the royal family doesn’t acknowledge. Vigilante justice, if you will.

What Is Aneka’s Role in the MCU?

Right now it isn’t clear how Aneka will fit into the MCU. Of course, T’Challa has died and Queen Ramonda is very angry. It’s likely that outside forces were the cause of his demise but there could also be something that Aneka does to anger her like she did in the comics. Perhaps she was supposed to be in charge of something and failed miserably, leading to T’Challa’s death.

Or, since we have never seen her before, maybe she is a powerful new Dora Milaje on the rise who brings something new and necessary to the collective. Either way, it seems that something will happen to cause a split and allow the Midnight Angels to rise. There is the chance that Doom could show up here and play a role to bring in some of that comic lore. This seems particularly likely when we look to the comics where Aneka debuted, which featured both Namor and Doom in key roles. But, for now, we can only assume that Namor is the main villain here. And, we already have Ayo established in the MCU so perhaps the film will lean into their romance in the midst of it all.

Aneka is a vital part of Wakanda and we can’t wait to see how she fits into the MCU. 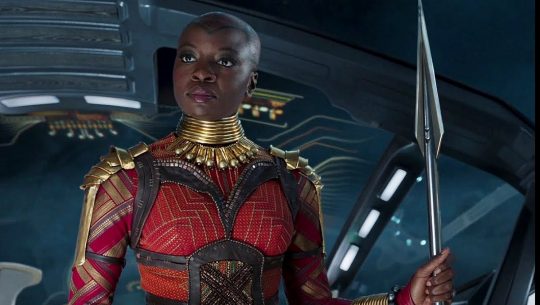