AMMONITE Is a Love Story with Layers - Nerdist

AMMONITE Is a Love Story with Layers

Picture this: a slate-grey beach, sunlight dormant behind a wall of silver cloud. A woman walks the shoreline, searching for signs of life lived. The imprint of life—what is left behind when the days move on postmortem. She looks for fossils as she fossilizes in real time; her life far removed from the daily drum of what others deem normal. She is unmarried, childless, and a scientist whose work impresses people who do not know her intimately.

Her name is Mary Anning and she was a real person, but in Francis Lee’s Ammonite she is something else. The sketch of a woman hard to know. A self-taught paleontologist (played by Kate Winslet) who rummages the beaches of Lyme Regis—along the Southern English coastline—looking for “ammonites,” or 200-million-year-old sea fossils. Mary lives with her mother Molly (Gemma Jones) and their days are slow, grey, routine. But they are also magical. When Mary stumbles upon a magnificent bit of preserved fossil, her inner world ignites. Unfortunately, there is no one around to see that joy. That is, until a woman named Charlotte Murchison (Saoirse Ronan) wanders into her life. 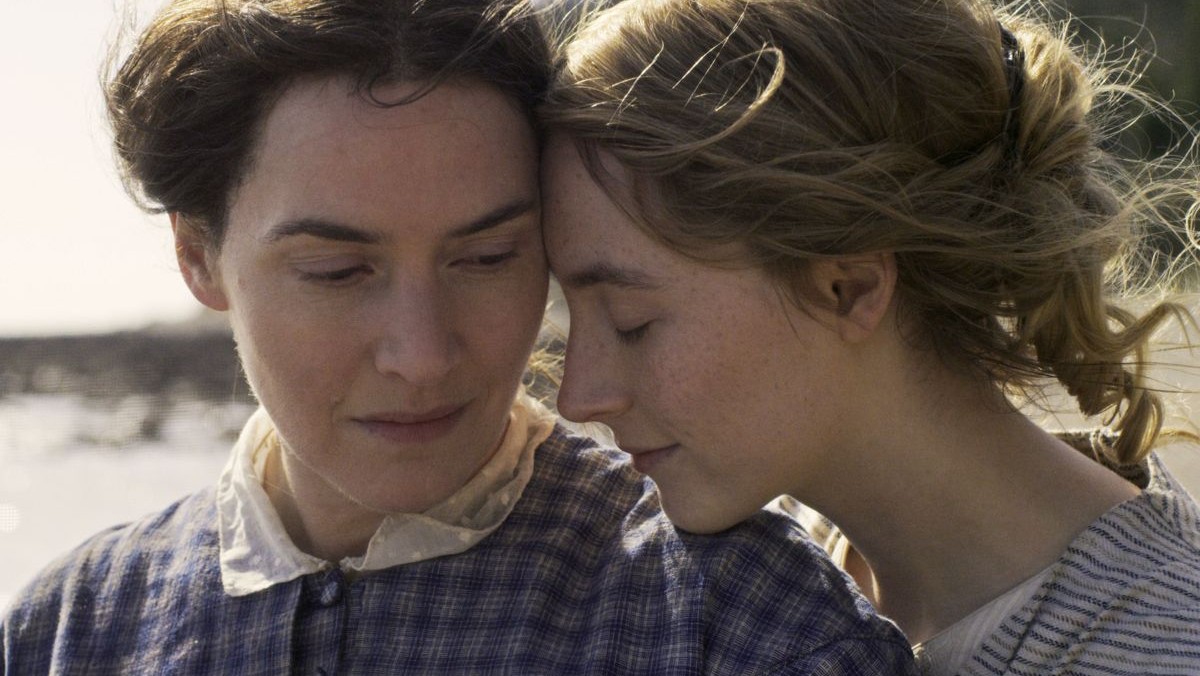 Charlotte is a sad woman. She’s under the spell of melancholia, and that depression cages her. “I don’t want to be alone,” she pleads to her husband, Roderick (James McArdle), who intends to put her away while he takes a tour of Europe. Roderick is also taken with Mary, and brings Charlotte to Lyme Regis to observe her work. The visit inspires an idea: Roderick will leave Charlotte with Mary while he travels, in hopes that time by the sea might cure his wife’s crippling anguish. Mary reluctantly agrees to host Charlotte, and the two quickly strike up a bond, and an attraction.

Ammonite is in many ways a traditional period love story. Circumstance puts two lonely souls together, and they find love through their repression. But it is something more than just that. It is a film that truly understands loneliness, and how coring isolation can be. You sense it in the sound design. Long bouts of silence with bursts of elements—feet crunching through pebbles, waves licking sand. It’s in the costumes; Mary buried under layers of cotton and wool, Charlotte hoisted together with corsets and lace. Everything reflects what these two women feel, through the different prisms in which they feel them.

Francis Lee, who also penned the script, has elegantly mined history to tell a story that never was, but a story that could be there, in any biography, should you look a little closer. It’s a bold choice to focus less on Mary Anning’s work and more on a fictional relationship with her real-life friend. But it works. Because what is our work without the love stories that bind our purpose? Fossils are not simply imprints of life—they are markers of stories untold, forgotten to the sea.

Ammonite marks a strong return to stoic heroines for Winslet, who excels as Anning. She reminds you why she is one of the greats. She can make a mostly silent, somewhat plain woman roar to life through subtle gestures. It’s in the way she fiddles with her hands or forages through mud. The way her lips quiver when she’s nervous or how she takes charge in moments of intimacy with Charlotte. It’s as if Winslet emerged from the sea herself—the same stellar actress she’s always been, with something new to prove. 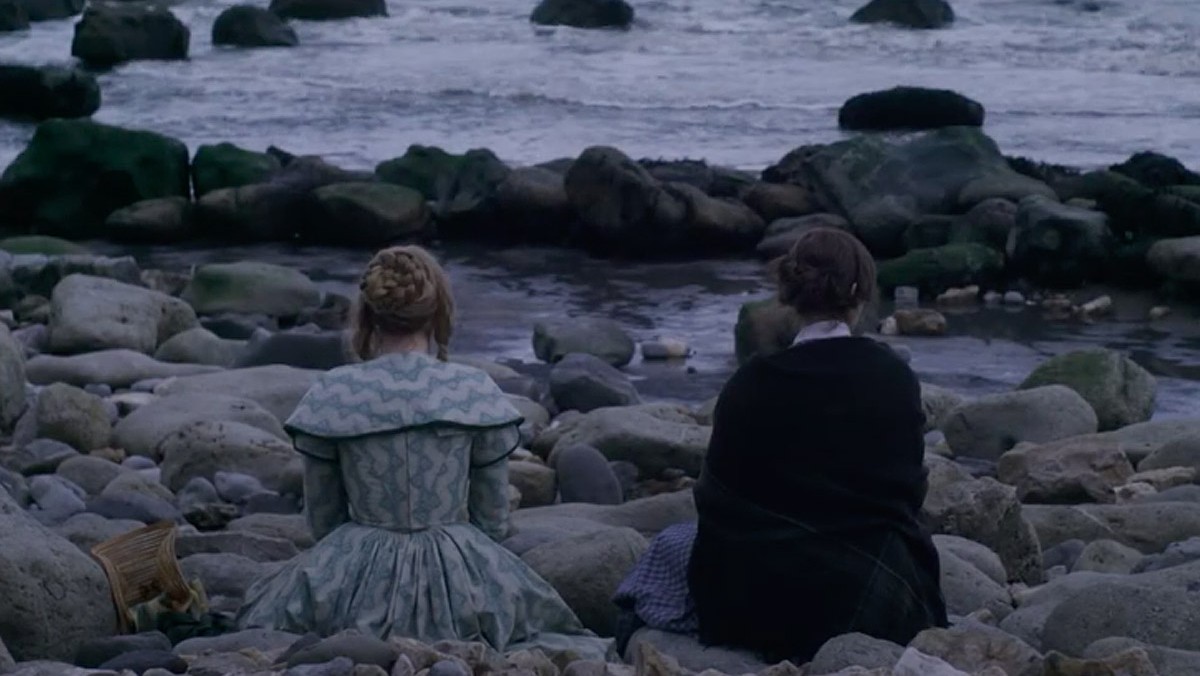 Ronan falters a bit more as Charlotte, though not detrimentally. It’s a different sort of part for her. She’s not the feisty, plucky heroine as is typical, but the laced up and proper woman finding her societal footing. The result is a mixed bag performance, one that never quite settles into the comfortability Winslet finds. Still, there is a grace that Ronan brings to screen that is preserved here, and quite mature. She’s no longer the young girl she regularly plays, but a stalwart woman; Ammonite marks the next stage of her career, and it’s thrilling to think of what will come next.

Ultimately, Ammonite is a lovely film that warms the bones and sinks into skin. It is a story for lonely people—one full of both hope and melancholy. We learn about Mary Anning and her tremendous contributions to science. And we imagine, as Lee does, who she really was inside. What was she thinking as she walked through mud and sand, discovering the world’s best-kept secrets? We’ll never know, but Ammonite offers a compelling possibility.