Get a Sneak Peek at Neil Gaiman's AMERICAN GODS: MY AINSEL (Exclusive) - Nerdist

Get a Sneak Peek at Neil Gaiman’s AMERICAN GODS: MY AINSEL (Exclusive)

Neil Gaiman is probably best known as a novelist, and the best-seller American Gods–which found form as a TV series just last year—being among his most popular works. But Gaiman was also the mind behind Vertigo Comics‘ Sandman as well as Marvel’s historical romp 1602. Now, Gaiman fans can rejoice as the award-winning writer has returned to comics to pen the second arc of his best-selling American Gods story with “My Ainsel.” We’ve got a sneak peek for you lucky folks, with some exclusive pages from the comic, which comes out on Wednesday, March 14! Adapting the original novel, American Gods: My Ainsel sees “Shadow and Wednesday leave the House on the Rock and continue their journey across the country where they set up aliases, meet new gods, and prepare for war.” Gaiman is teaming up with P. Craig Russell and Scott Hampton to expand the world of American Gods and bring it to fans in a whole new medium. It’s a great entry-point into the expansive lore of American Gods, which sees Gaiman select deities from different cultures and time periods to create an epic fantasy yarn, spanning the highways and byways of America as Shadow and Wednesday prepare for the war to end all wars. Are you excited to see American Gods back on the shelves of your local comic shop? Can’t wait to find out what Shadow and Wednesday are up to now? Stoked to see Gaiman and P. Craig Russell team up again? Let us know below! 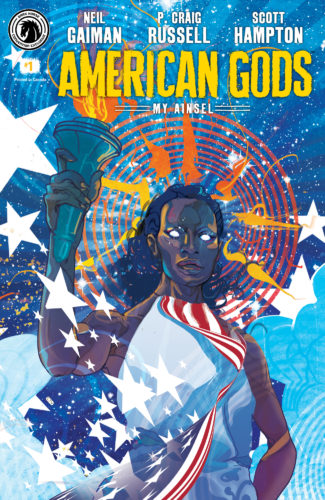 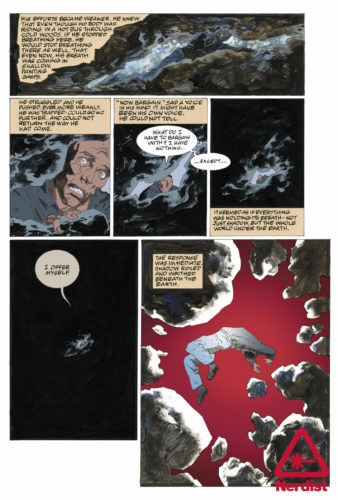