by Michael Walsh
Last summer Nerdist got the chance to visit the set of American Gods and speak with the cast in the middle of filming the show’s second season. While they did their best to avoid any major spoilers, they still offered up some great insights into what we can expect from their characters as they get closer to a war between the old and new gods. Below, check out what the cast had to say in their own words. 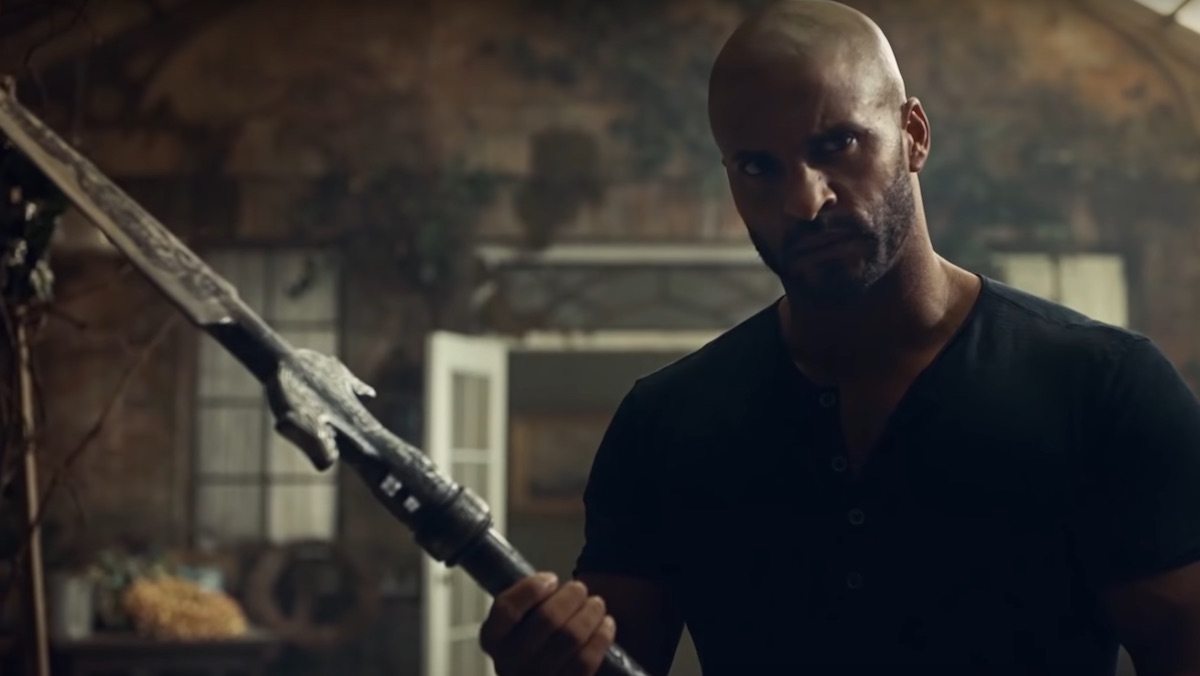 He needs to know what is going on now that he’s aware. He’s an intelligent guy and he’s not willing to sit back and let Wednesday fob him off. He wants to know his part, and if Wednesday’s not going to tell him, Shadow’s going to find out on his own. That’s really his mission. This season Shadow’s pushing Wednesday’s buttons. This season he’s going up against a god, one-on-one, face-to-face, and demanding answers. And Wednesday’s having to tell him because Shadow’s not going to back down. So Wednesday has to tell him a few things. But how far can Shadow push before Odin snaps?

Shadow’s starting to realize there’s a lot of people who know a lot about him, and that might not be by chance. Maybe there’s a reason why he’s involved in this and he’s not just a bodyguard or driver.

Season two has two huge reveals. No one’s going to see them coming, even if you have read the book, you don’t know what I’m talking about because we like to flip things around. 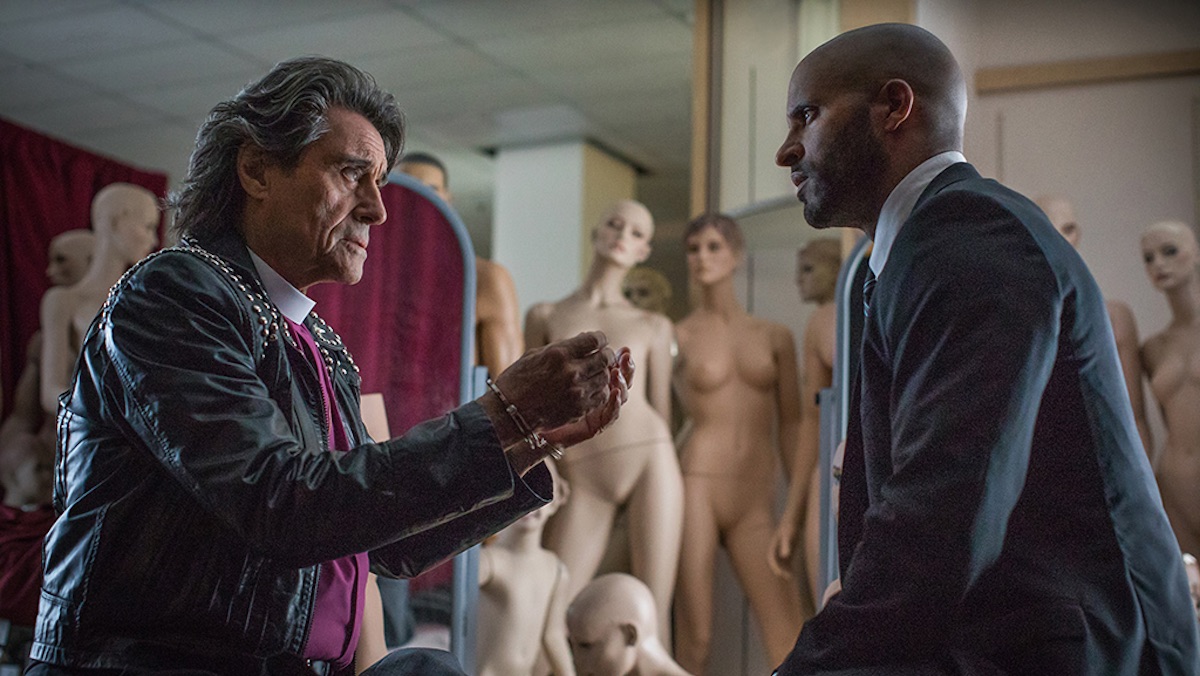 She’s phenomenal, and she’s going to grow as the shows goes on. She’ll be back in season three. She really does bring out a completely different side to Shadow, where he’s not so miserable. Fans of the book will be excited to see that her speech that is very well known in the book is going to be in the show – all of it, to Devery’s shock/horror. She nailed it and it’s fantastic. 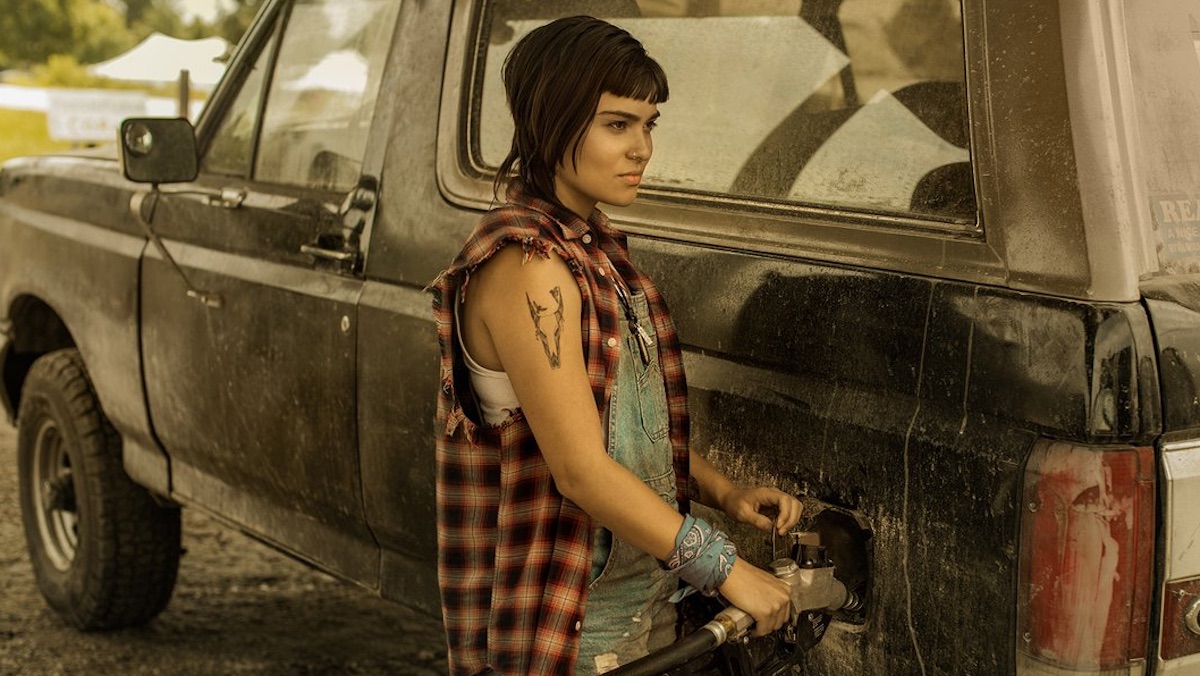 More of this year is grounded in the relationship between the gods and why they’re doing what they’re doing. You find out about them personally. You know Wednesday’s not just this mythical creature with all his men; there’s a little more to it than that. And Nancy–he and Wednesday have a background together which you find out in episode two. They go on a journey together. They’re old friends and Nancy knows more about the whole process than anybody. That’s what we’ve been working on this year. It’s going to be fascinating. 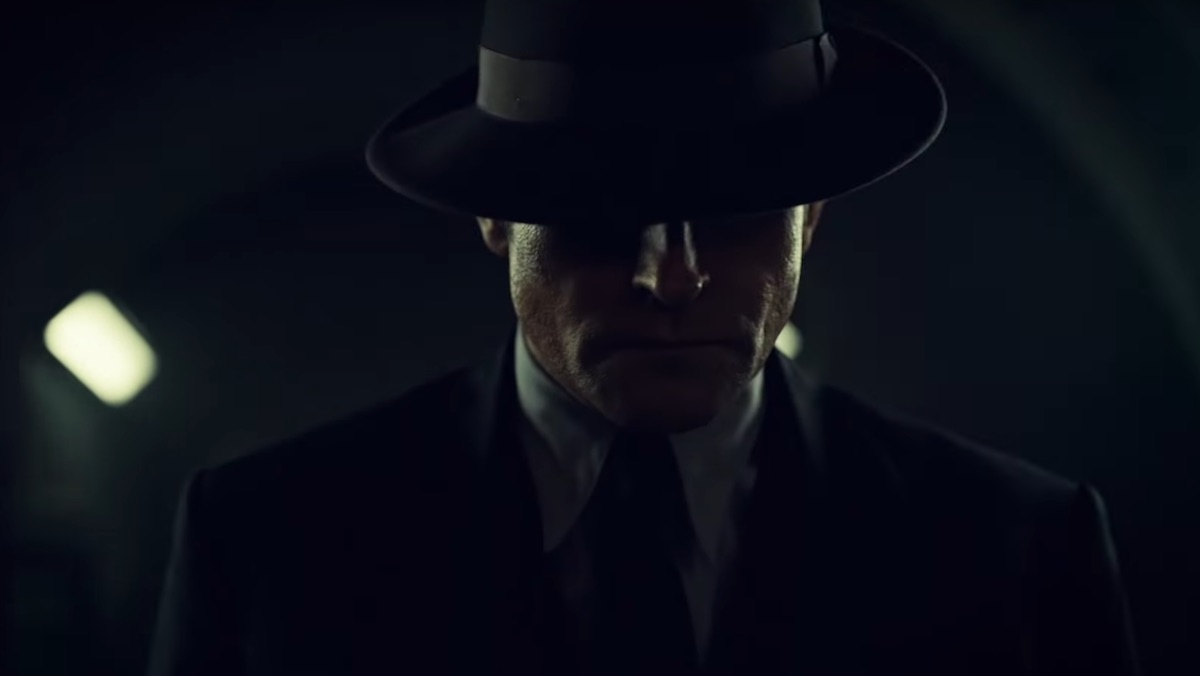 I don’t want to go to war. That’s not my purpose. My purpose is to aggregate everybody. It makes sense that I’m upset that this [war] is happening. I don’t want this to happen, but then I’m forced into it. 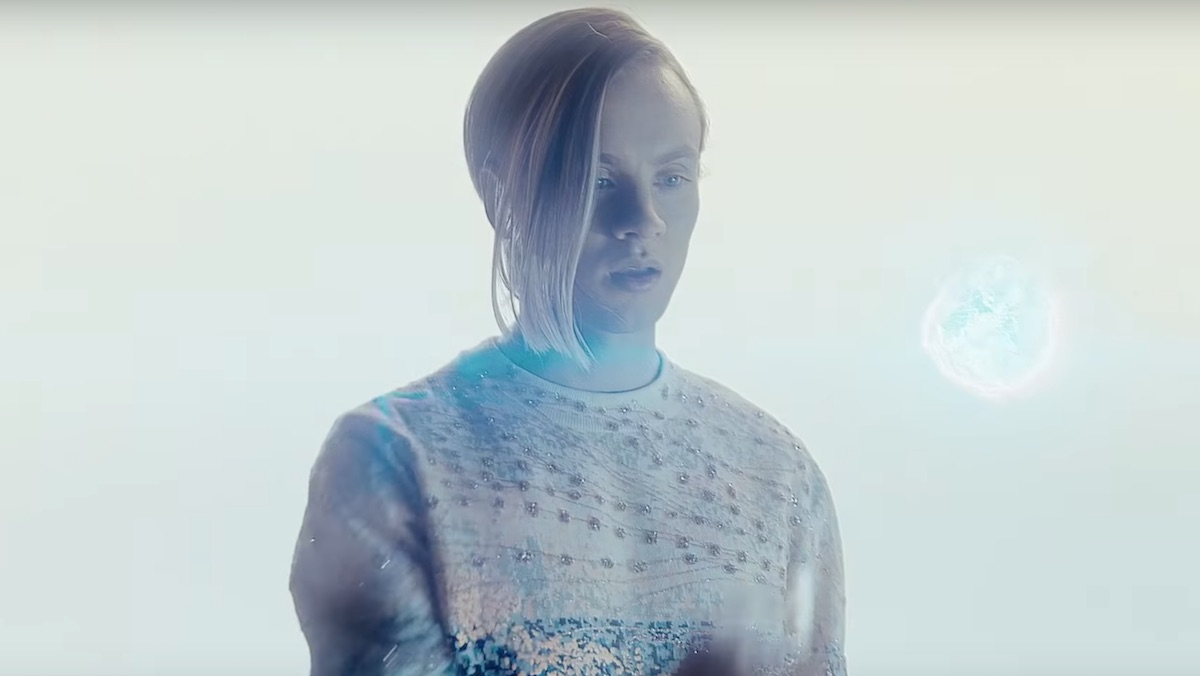 We’re accelerating in this season towards a conflict that can’t be solved with a phone. That’s something very alien to Tech Boy.

He is dangerous if you aim him in any particular direction. He is a fucking powerhouse. He’s one of the most dangerous gods if used effectively. And that’s the real kick of it, “if used.” He is being used, whether or not he realizes it or not.

The [new character] who makes the biggest impact with Tech Boy is hands down the new iteration of Media. They’re so integrated that they’re more or less symbiotic. He could exist without her if he needed to, she could exist without him if she needed to, but they are so much stronger together. They need to exist on the level where they stay relevant. 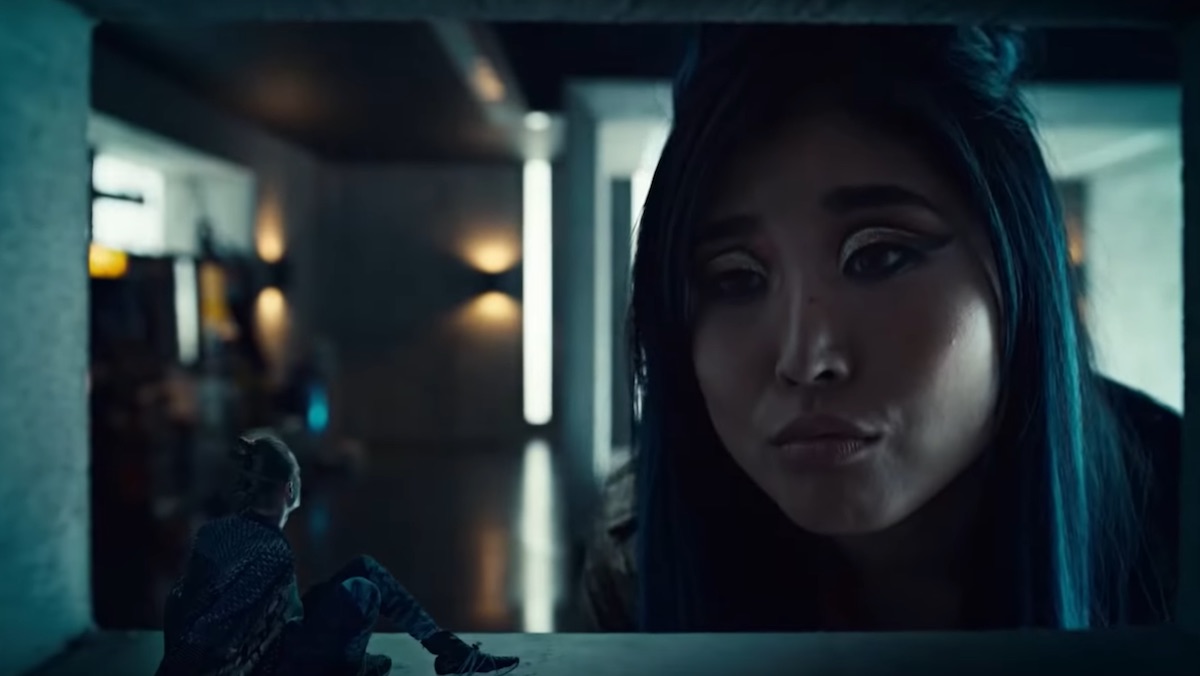 On Sweeney and Laura’s relationship

There’s a bit of a thawing. They’re starting to realize their destinies are more intertwined than they had known or wanted to admit before. That is definitely a development. 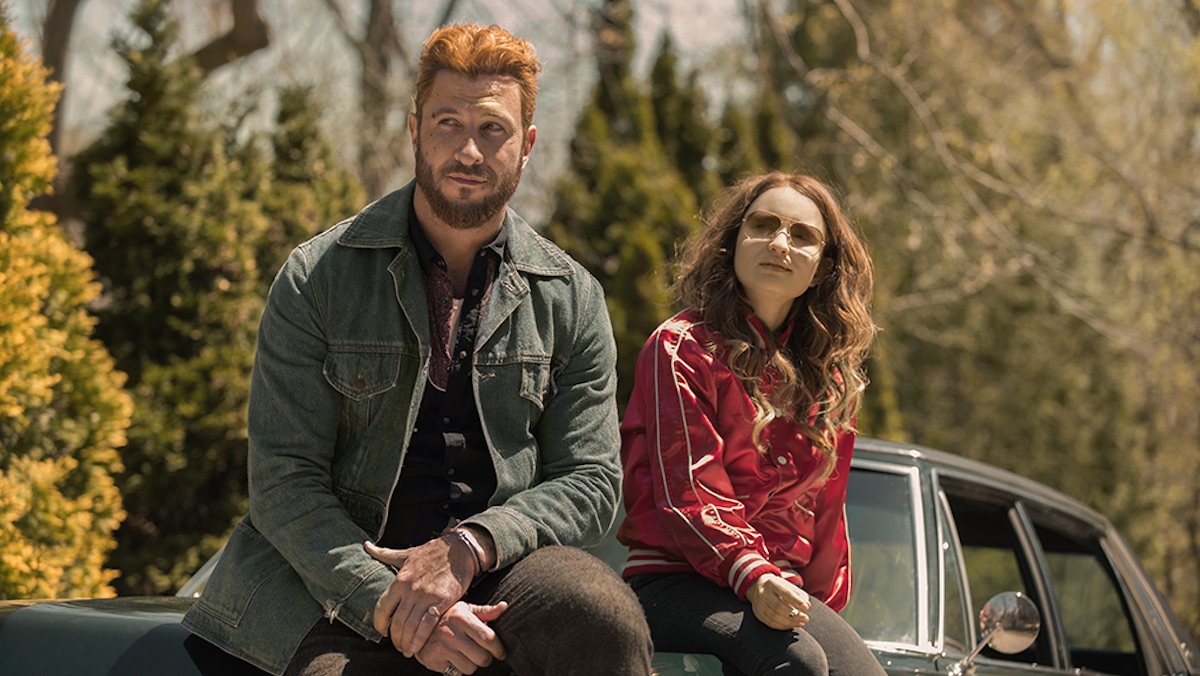 There’s a big fight scene [with Laura] this season.

On Laura’s interactions with Wednesday

It could have been a similar thing to Sweeney, like, “I fucking hate you./I fucking hate you too,” but that wouldn’t be interesting. I think Laura’s very aware she’s dealing with someone really powerful.

Omid Abtahi and Mousa Kraish – Salim and The Jinn 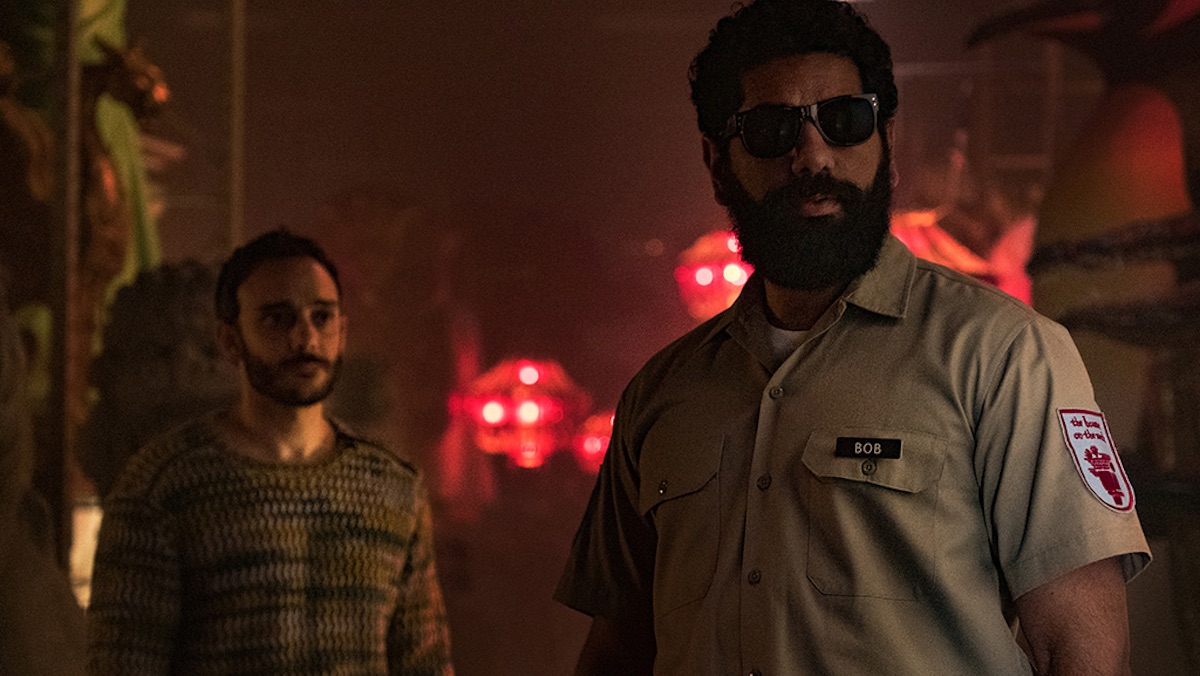 Mousa: I can say in the very beginning of the season, I get a surprise that I wasn’t expecting. I will leave it at that and let you guys figure it out from there.

Salim: [Their reunion] doesn’t go in the direction that I thought it was going to go in. It’s an interesting take. It’s not as easy as I think people might be anticipating.

Mousa: That’s a spoiler, but I can tell you it plays very heavily in season two, because we are heading towards something. 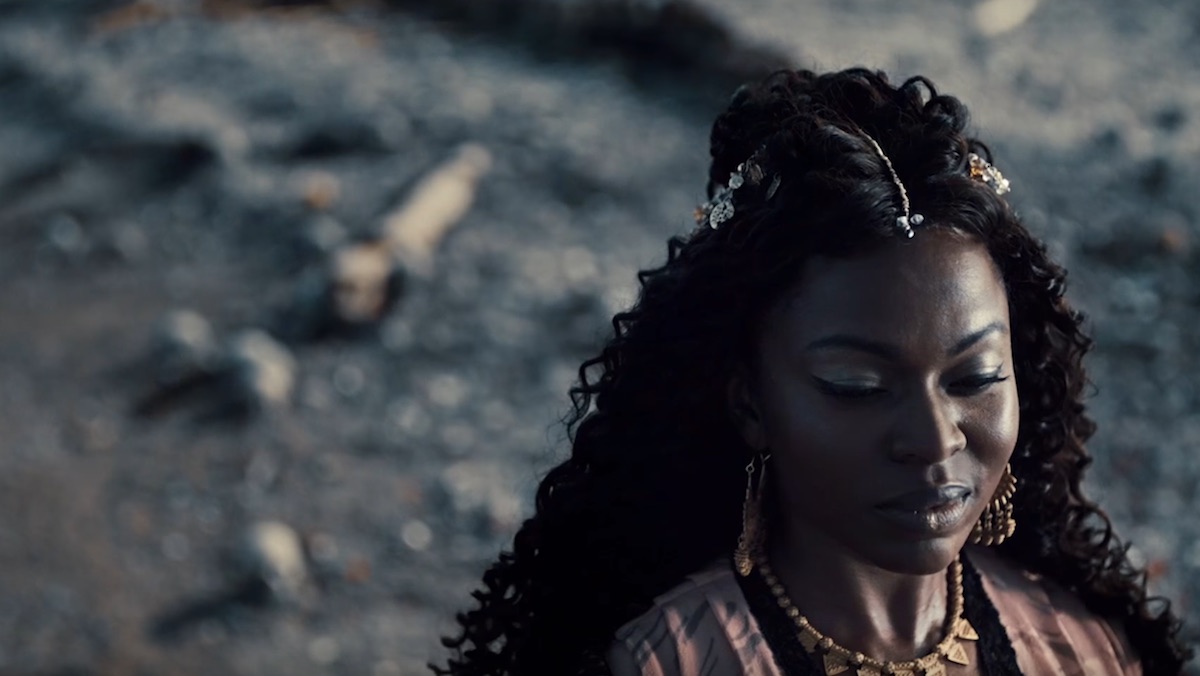 We saw her surviving last season. This season you’re going to see Bilquis thriving. In regards to war, Ibis and Bilquis are actually very similar in that we don’t want to get pulled into these polarized positions by individuals who I believe are polarizing in order to get people to do what they want. Mr. World says things must be one way, Wednesday says things must be this other way, and Bilquis, who has lived through eons and has seen many conflicts rise and fall, recognizes the importance of finding the third way. Part of the way she has survived for so long is she’s learned to evolve, to grow, and so you see her sometimes and you’re not quite sure. Is she playing Wednesday’s side? Is she playing World’s side? I would say she’s playing Bilquis’s side. 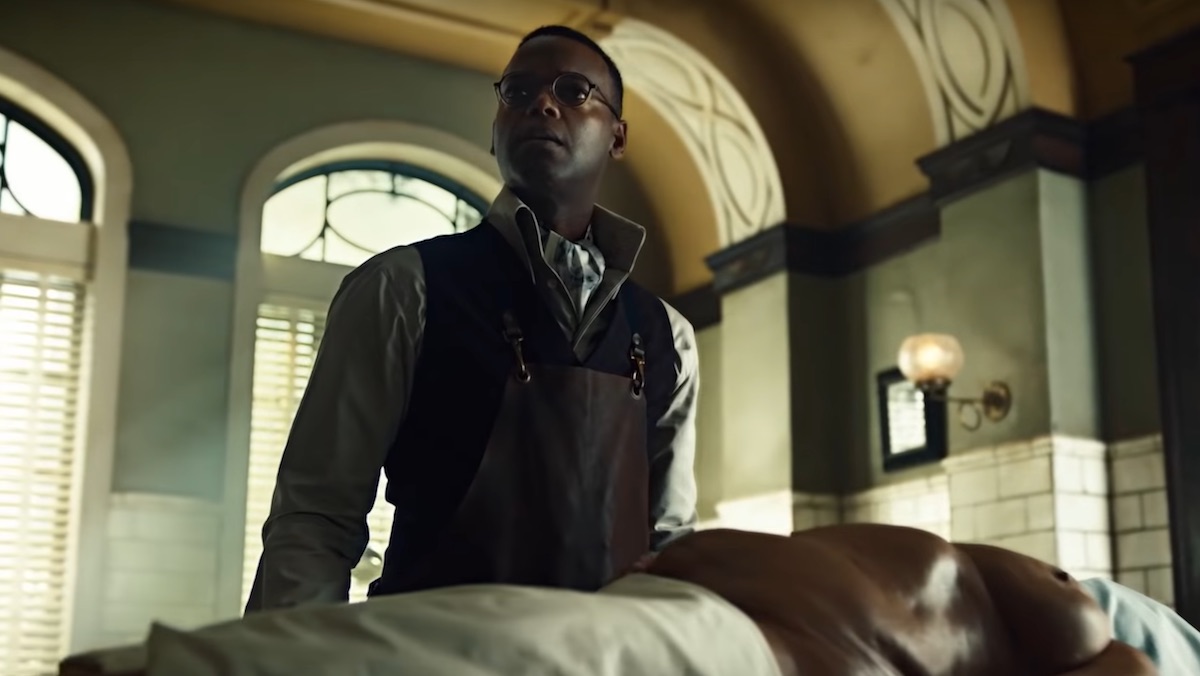 In season one we saw Ibis as the holder of stories, but primarily for other gods, other beings, and we didn’t really learn a lot about him. In season two there will be a convergence of sorts that happens in Cairo at Ibis’ funeral home. In a lot of ways it will be kind of like a barbecue, where all the family are showing up and it’s your aunts, your uncles, your nieces, your nephews, and half of them you’ve never seen before. How do you navigate the politics of that? Ibis is going to contend with what Wednesday is desiring and what he’s hell bent on. And also what Shadow is searching for, Ibis will journey more closely with him. 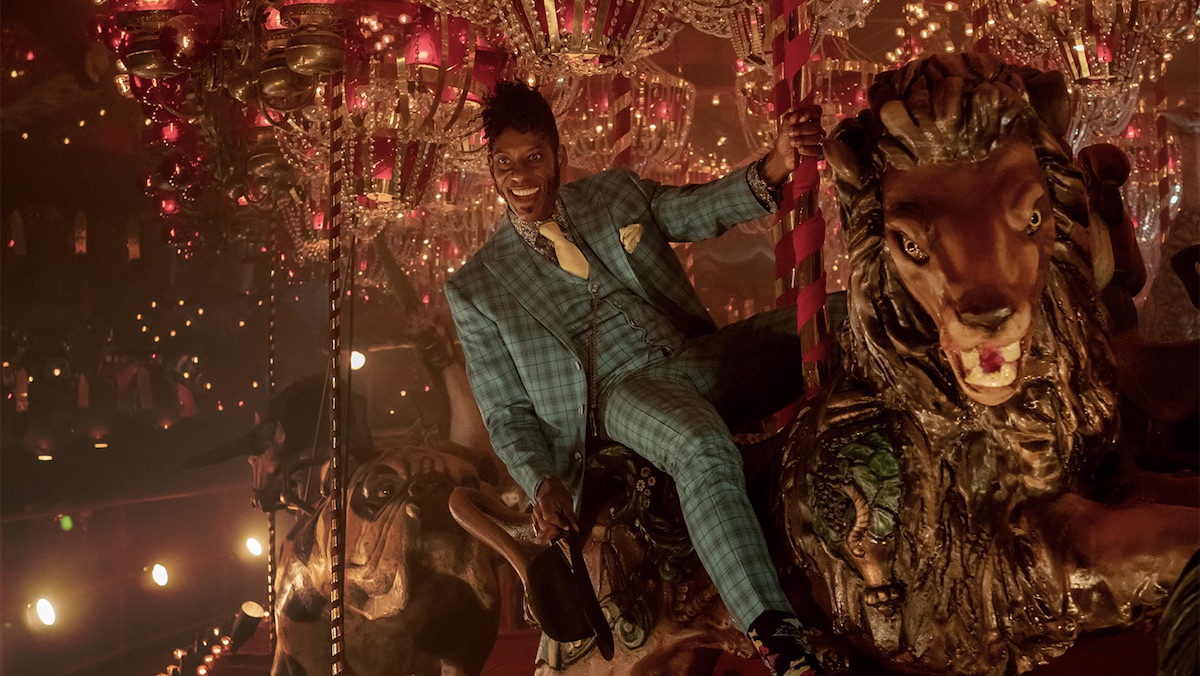 Ultimately what he really wants is control of the narrative, and if that’s what he wants he needs Tech Boy and New Media.

What he wants from the old gods

I’m trying to convince Death to care about the dead bodies. He’s the god of death so he doesn’t care about dead bodies, but I need him to see them as people, and not want so many of them to fall on his table. And Nancy needs to convince Ibis, that’s critically important, because Anansi’s backstory is he’s a creation of the Ashanti people of West Africa, and the Ashanti people of West Africa were a matriarchy. They were not a patriarchy; men could not own property, men could not hold or distribute tribal law, they were very much second class citizens. So in the bones of (Nancy) there is a creature who came from a world that’s entirely the opposite of the world that we’re in. For Bilquis to have been in the condition that she’s in is the biggest travesty of justice that has ever happened. He must restore his queen. That’s a lot of what his drive is about.